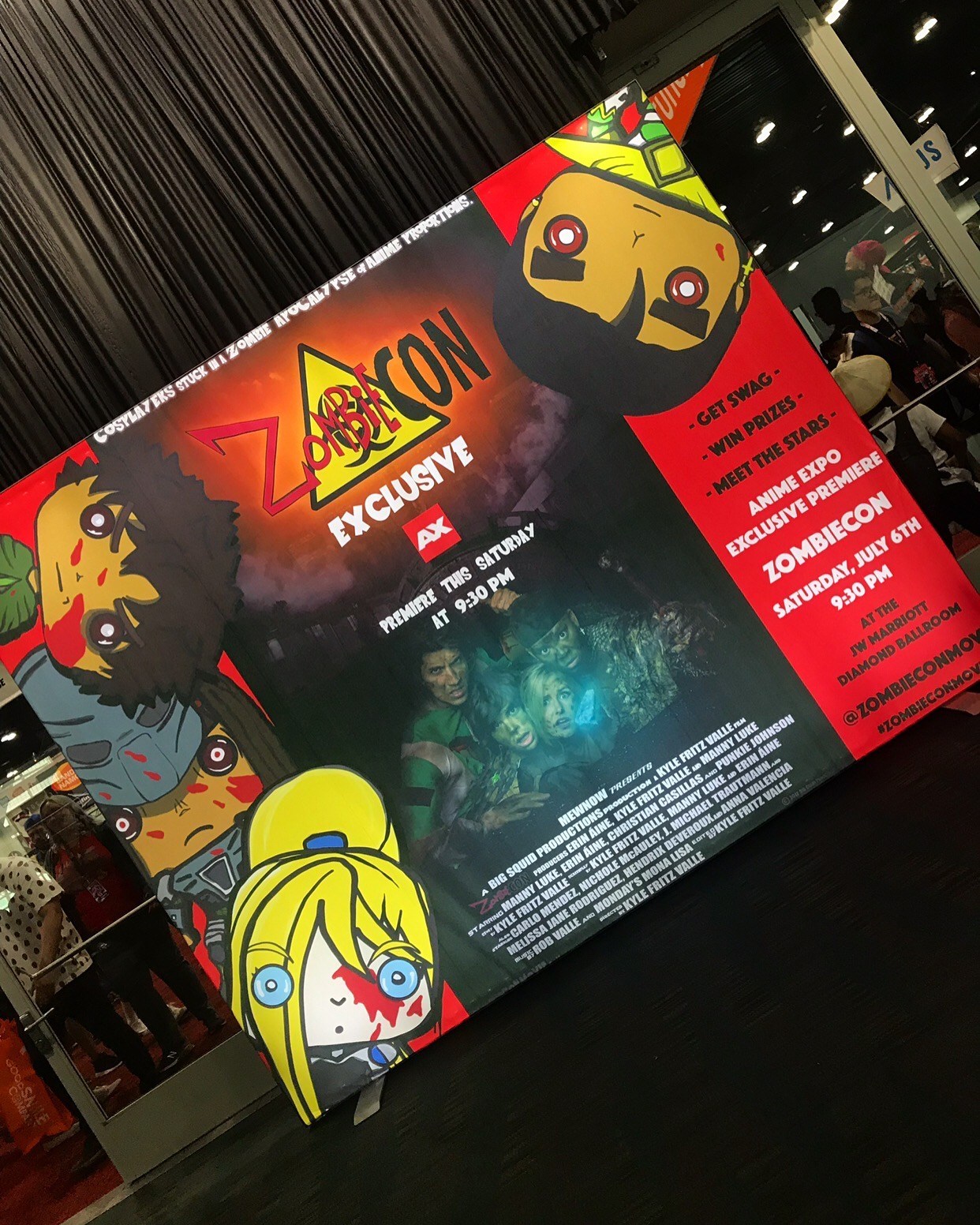 Indie Fresh Media comes across a lot in the way of indie films, music and art. But the film ZombieCON with the tagline “cosplayers stuck in a zombie apocalypse of anime proportions” showed once more that in a media landscape full of giant multi-decade long franchises and $100 million budgets, indie films aren’t dead and, in fact, they’re thriving.

ZombieCON, produced by Big Squid Productions, has been the product of a three- to seven-person operation from start to finish. Despite this size, it not only grabbed the attention of Indie Fresh Media but the attention of film festivals, fans and some of the largest cons in the world.

ZombieCON recently had its second preview screening at Anime Expo 2019 in Los Angeles, the largest anime convention in America.

Screening alongside films and franchise favorites such as “Tokyo Ghoul,” “Nekopara” and “My Hero Academia,” ZombieCON, the indie film that could, held its own, garnering over 700 schedules on the AX official app and playing to a massive haul of anime fans, cosplayers and movie enthusiasts alike.

Prior to this, ZombieCON played at the Los Angles Comic Con 2018 and the New Jersey Golden Door International Film Festival and was nominated for a slew of awards at the Orlando Film Festival, where the “Squids” brought home the Indie Spirit award, reinforcing the talent, dedication and drive of this small team and underscoring just how “indie” ZombieCON is.

Moving toward the future, Kyle Fritz Valle, the film’s creator and leader of the “Squids,” mentioned they’ve been courted by a number of distributors and are looking forward to a few big meetings regarding bringing ZombieCON to theaters in 2020.

Bringing ZombieCON to theaters would change the game for audiences and ultra-low-budget filmmakers alike; creating a new path for creative and original storytelling. According to Kyle, “Technology and affordability of technology today opens the door for anyone with enough drive and bulldog stubbornness to make a film if their heart and spirit are in it.” Having seen the film and the Big Squid’s small but mighty operation, he just may be onto something.

With an estimated completion date of late summer 2019, Indie Fresh Media can’t wait to see just how much farther this little indie can go.