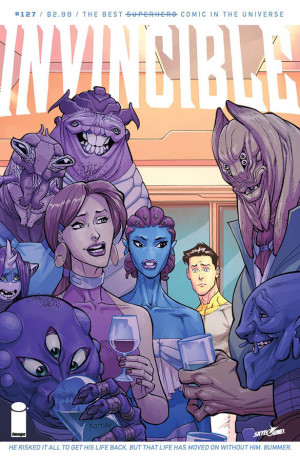 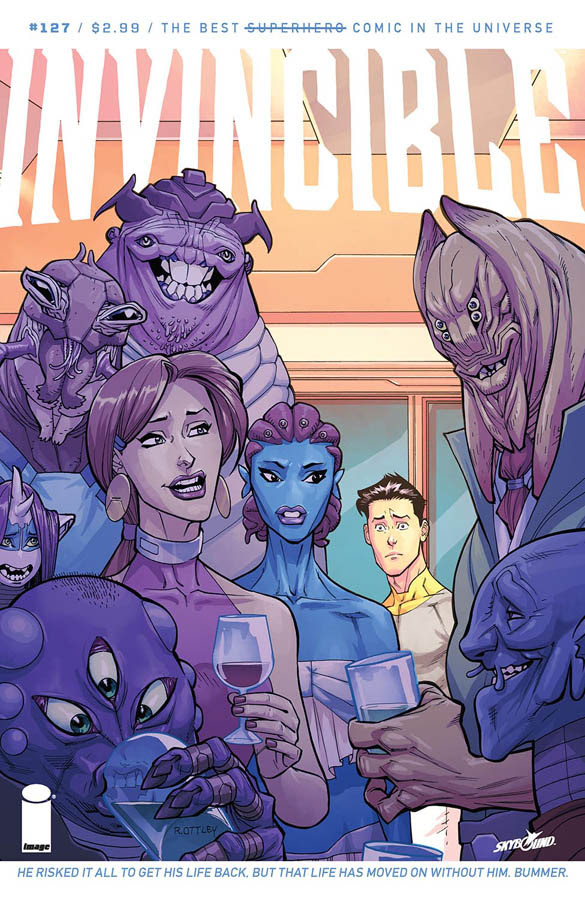 In INVINCIBLE #127, Mark has returned from the past… to a very different future. Now he has to pick up the pieces of his life and try to put them back together.

In an exclusive interview with IGN, Walker added: “I’m a genuine fan of the book and I’ve always been involved in varying degrees through the years, but as the opportunity began to present itself, this possibility that I could come on and fill in for a few issues, it was pretty exciting. I have slowly been working on other things and haven’t had a comic on stands since I shared art duties with Ryan back on the Flaxan invasion/Rex and Monster Girl story back in Invincible 92-96, so the prospect of putting ANY comics out relatively soon was a sweet enough proposition, but make it Invincible and I can’t say no.”