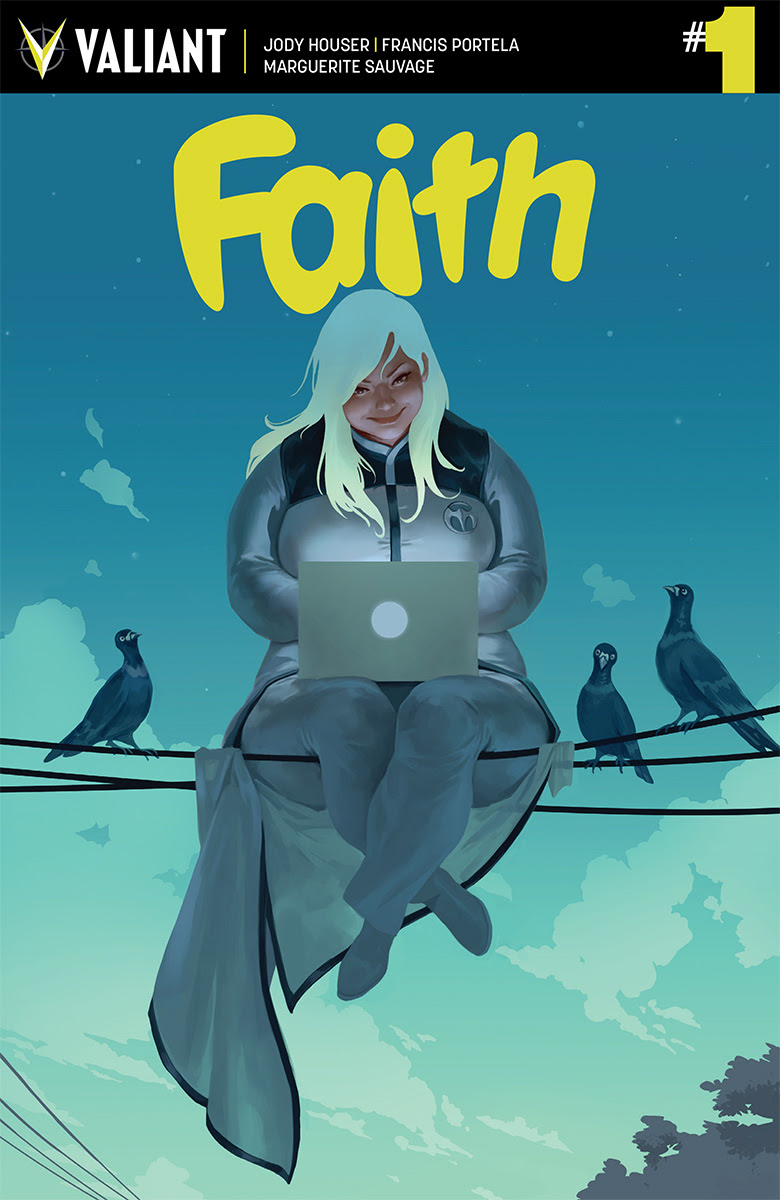 “Faith is one of the most unique characters in comics – a sci-fi loving, Firefly-quoting fangirl that wound up standing shoulder-to-shoulder alongside some of the most powerful superheroes on Earth, who, at the end of the day, might just prove herself to be the bravest of them all,” said Valiant Editor-in-Chief Warren Simons. “Since she first stepped off the page in HARBINGER through HARBINGER WARS, UNITY, and ARMOR HUNTERS, fans far and wide have demanded that she be given her time to shine in the spotlight. Fortunately, Jody, Francis, and Marguerite are the perfect team to give Faith the leading role she deserves with a fast and fun-filled series that will establish her once and for all as one of Valiant’s leading lights.”

Orphaned at a young age, Faith Herbert – a psionically gifted “psiot” discovered by the Harbinger Foundation – has always aspired to greatness. But now this once ordinary teenager is taking control of her destiny and becoming the hard-hitting hero she’s always known she can be – complete with a mild-mannered secret identity, unsuspecting colleagues, and a day job as a reporter that routinely throws into her harms way! Well, at least she thought it would… When she’s not typing up listicals about cat videos, Faith makes a secret transformation to patrol the night as the City of Angels’ own leading superhero – the sky-soaring Zephyr!

But flying solo is going to be tougher than Zephyr ever thought when she uncovers a deep-rooted alien conspiracy. Two-bit burglars and car thieves are one thing, but when the world needs a hero to stave off a full-blown extraterrestrial invasion, will Faith find herself in over her head…or ready for her biggest challenge yet?

“Faith is an especially fun character for this sort of story because of how genre savvy she is,” writer Jody Houser told Comic Book Resources. “She didn’t fall into the ‘classic costumed life’ by accident. She made a deliberate attempt to model her life after the heroes she grew up with, not because that’s just how it’s done, but because she understands the benefit of having a normal life on the side. Wanting to do great things doesn’t mean she wants to be in the spotlight 24/7.”