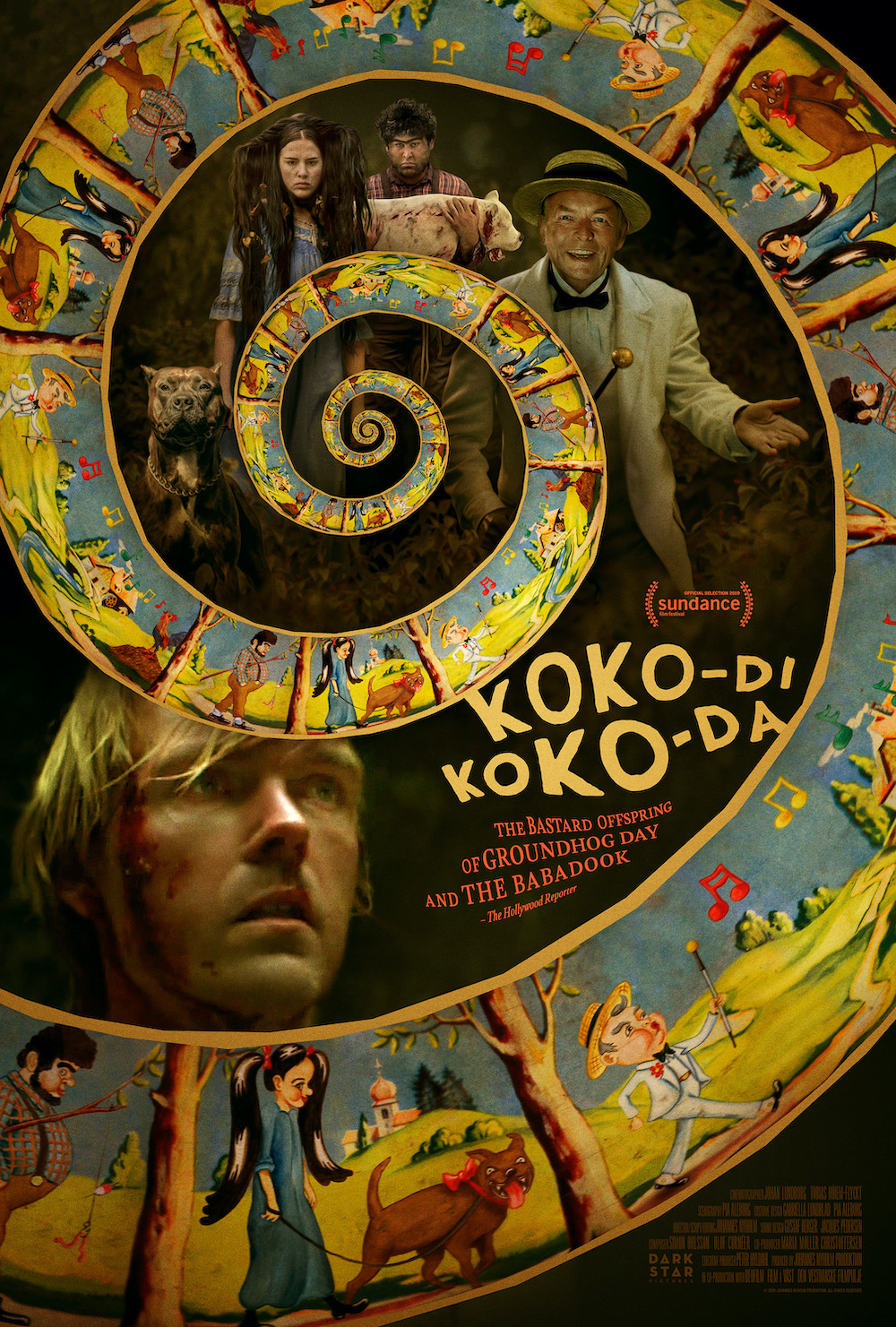 Elin and Tobias are a happily married couple who regularly vacation with their young daughter. The family is on a dreamy holiday when an innocuous case of food poisoning derails their plans and forever alters the course of their lives.

Three years later, the once loving couple is on the road again to go camping, looking for one last chance to go back to the way things used to be. But what once was is lost, and our characters instead find themselves having to relive the same nightmarish events, as that day and the horrors it brings repeat themselves infinitely. Together, they must overcome their trauma, reconcile with their past, and fight for their lives. Over, and over, and over again.

Discerned through a dreamlike fabric, a story emerges about relationships in general, grief and reconciliation in particular, and love as a healing force.

KOKO-DI KOKO-DA is written, directed and produced by Johannes Nyholm, a Swedish, Gothenburg-based writer and director, managing his own production company. He has made a bunch of music videos, some short films and one feature, THE GIANT. With a background in classical animation he often mixes different styles and cinematic universes, moving freely in the border between dream and reality.

Dark Star Pictures is a new-age North American distribution company, focused on bringing unique and targeted content to audiences across the country. The company is committed to releasing auteur-driven, original cinema in the theatrical, digital and home video space. Dark Star’s goal is to create original marketing campaigns directly catered to audiences who will embrace our brand of thought-provoking cinema. The company also services distribution companies and producers in the theatrical, digital, and festival space.