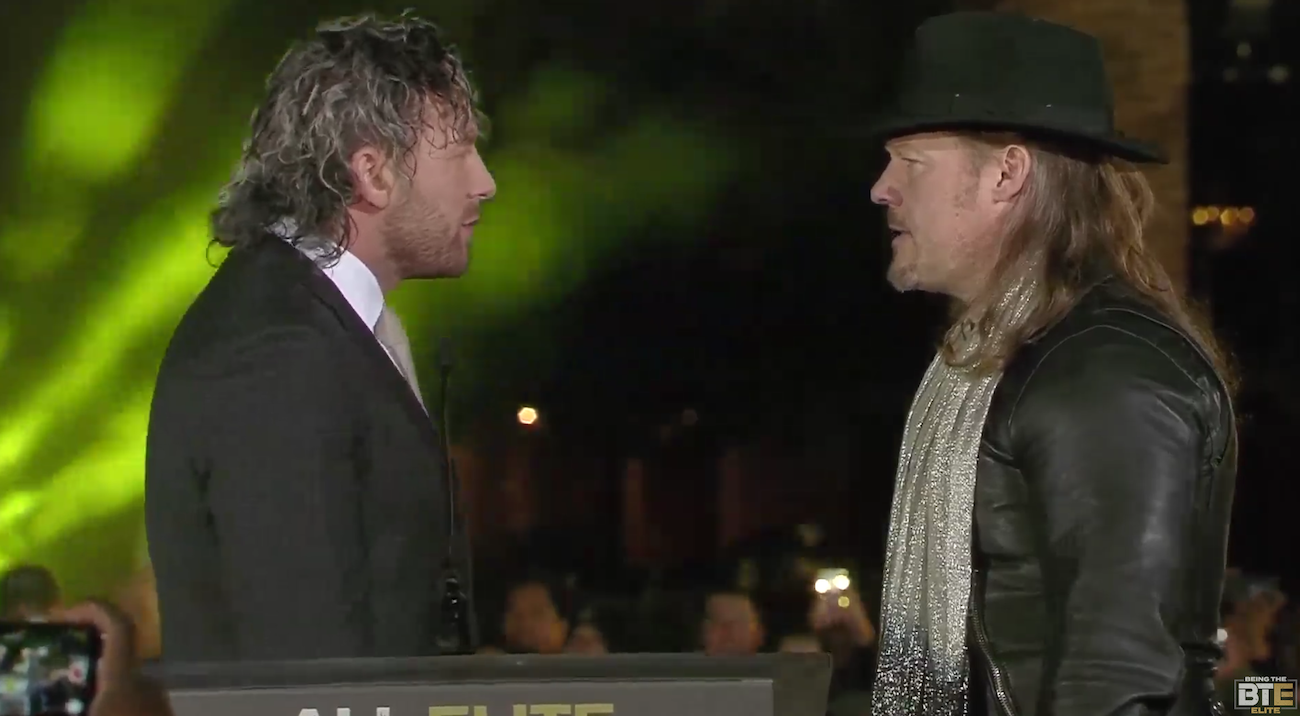 It has been the question on everyone’s mind if you are a fan of pro wrestling: who is Kenny Omega going to sign with?

Well, the question has been answered, and he is all in at All Elite Wrestling.

Revealed at AEW’s event at the MGM Grand today, Omega is officially with the new promotion full time, as many fans had hoped for. Not only that, but after being interrupted by Chris Jericho, it looks like we have our first match for the promotions first show, Double or Nothing, taking place this May in Las Vegas. Their first match was fantastic, so to see these two titans of the squared circle go at it once again is one hell of a way to launch a promotion.

The event was exciting, exactly what you would expect from AEW. Cody, Brandi, the Young Bucks, Hangman Page and more were all on hand, as AEW looks to make an impact in the world of wrestling. I, for one, I am incredibly excited for AEW: I have been a fan of the Young Bucks since their days of wrestling in HRW back in Victorville, CA, been a fan of Cody since his WWE days, and I think everyone can safely say they are fans of Omega and Jericho. It might seem like a shock to WWE diehards that wanted to see Omega make his way to Raw or Smackdown, but when you are out to change the world, you got to take risks. Go all in, double or nothing, and let’s see what the future holds.

Presale tickets for Double or Nothing go up on Monday, visit https://www.allelitewrestling.com/ to sign up for a presale code.

Check out the event video below to see history in the making.