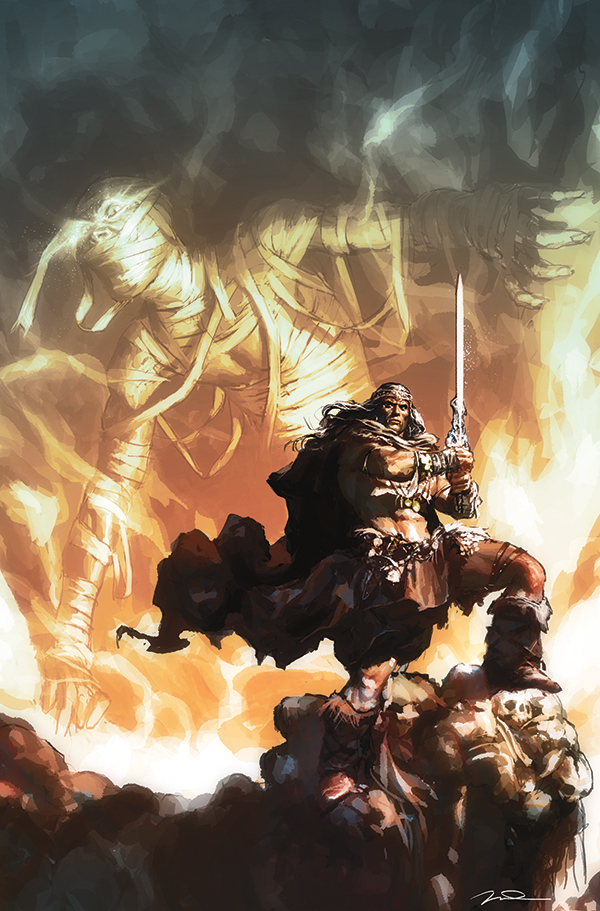 All hail the king.

King Conan, the only Conan novel written by Robert E. Howard, is coming to the sequential art world this May thanks to Dark Horse Comics. Check out the press release below, and get ready!

KING CONAN: THE HOUR OF THE DRAGON!

The first series, titled The Hour of the Dragon will run through October 2013 and continue in a second arc titled King Conan: The Conqueror starting in February 2014.

More about The Hour of the Dragon:  King Conan has faced many threats to his throne in Aquilonia—but none more deadly than a traitorous alliance backed by the resurrected sorcerer Xaltotun, at whose command mountains crumble!

With The Legend of Conan announced for 2014, King Conan is essential reading!

“With both King Conan: The Scarlet Citadel and King Conan: The Phoenix on the Sword Truman, Giorello, and Villarrubia have been making some the greatest Conan adaptations ever made.  I look forward to their next series.  Hour of the Dragon, Dark Horse. Twelve issues. It will be beautiful” – Comics Bulletin

For a sneak peak at the variant cover and a full-color interior page, check out the exclusive on MTV Geek!

King Conan: The Hour of the Dragon #1 is on sale in comic stores everywhere May 29!