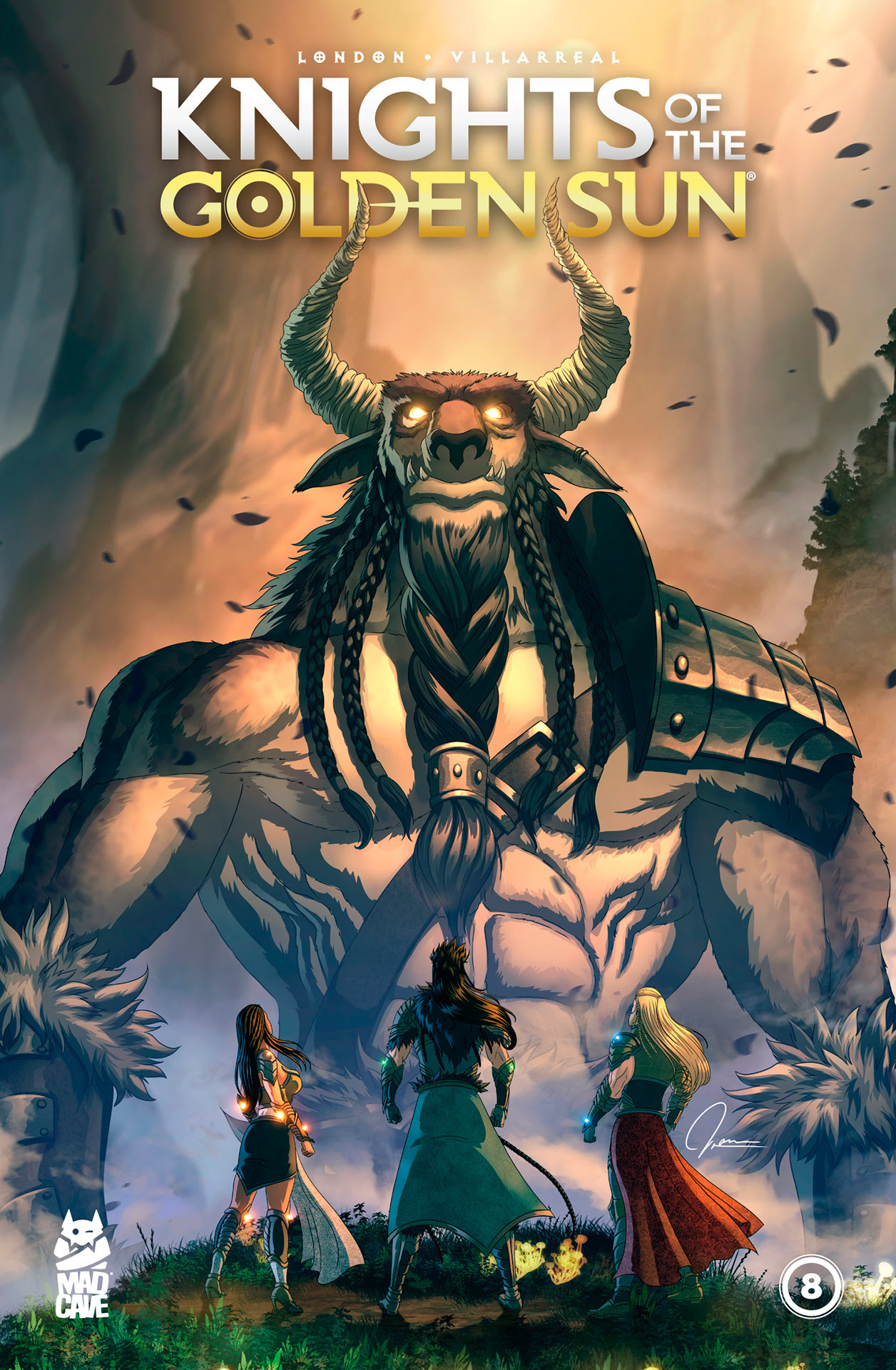 Two first wave titles that put Mad Cave Studios on the comics map are making an exciting return! It was an easy decision for writer Mark London (Battlecats) to bring the second arc of Knights of the Golden Sun—now blending even more history and fantasy with biblical elements, all perfectly captured in the intricate and detailed art by Nicolas Salamanca with an exclusive variant by Adam Gorham—as well as the return of Genshi, the Tengu, Akemi, and the rest of the Iga back shinobi thriller, Honor and Curse, featuring art by Mauricio Villarreal (Wolvenheart).

Knights of the Golden Sun #8 (Dec. 2, 2020)
(W) Mark London (A/C) Mauricio Villarreal (L) Justin Birch The Archangels are back! With Metatron on the run, and Lucifer nowhere to be found, the Archangels must scour the Earth for the pieces of God’s Armor in order to prevent them from bringing destruction upon the world the likes of which have only been hinted at through the annals of history!

“To be able to continue working on Knights of the Golden Sun is exhilarating,” said Mark London. “Not only because I can continue working on a story that we have set out to do from the beginning, but because I’m in love with these characters and I truly enjoy working with Mauricio. It’s a story about the archangels and their struggles as a family. It’s about facing doomsday scenarios that are bigger than anything the world has ever seen. It’s going to be a wild ride… just like everything Mad Cave does.”

“I’ve always loved being a part of this project because I love epic stories that take place in amazing worlds, and that is exactly what Knights of the Golden Sun is,” said Mauricio Villarreal. “In volume two, we are going to explore a much larger world filled with all sorts of fantastical creatures as well as even more historical figures than the last volume.”

Left reeling after the murder of Lord Haruki, Genshi makes his way to the Jade Caverns per Nishiro’s instructions. Meanwhile, Akemi took control of the Iga and is training like never before to defend her clan from potential threats… like the rival Koga clan who are looking to seize the opportunity presented by Lord Haruki’s death.