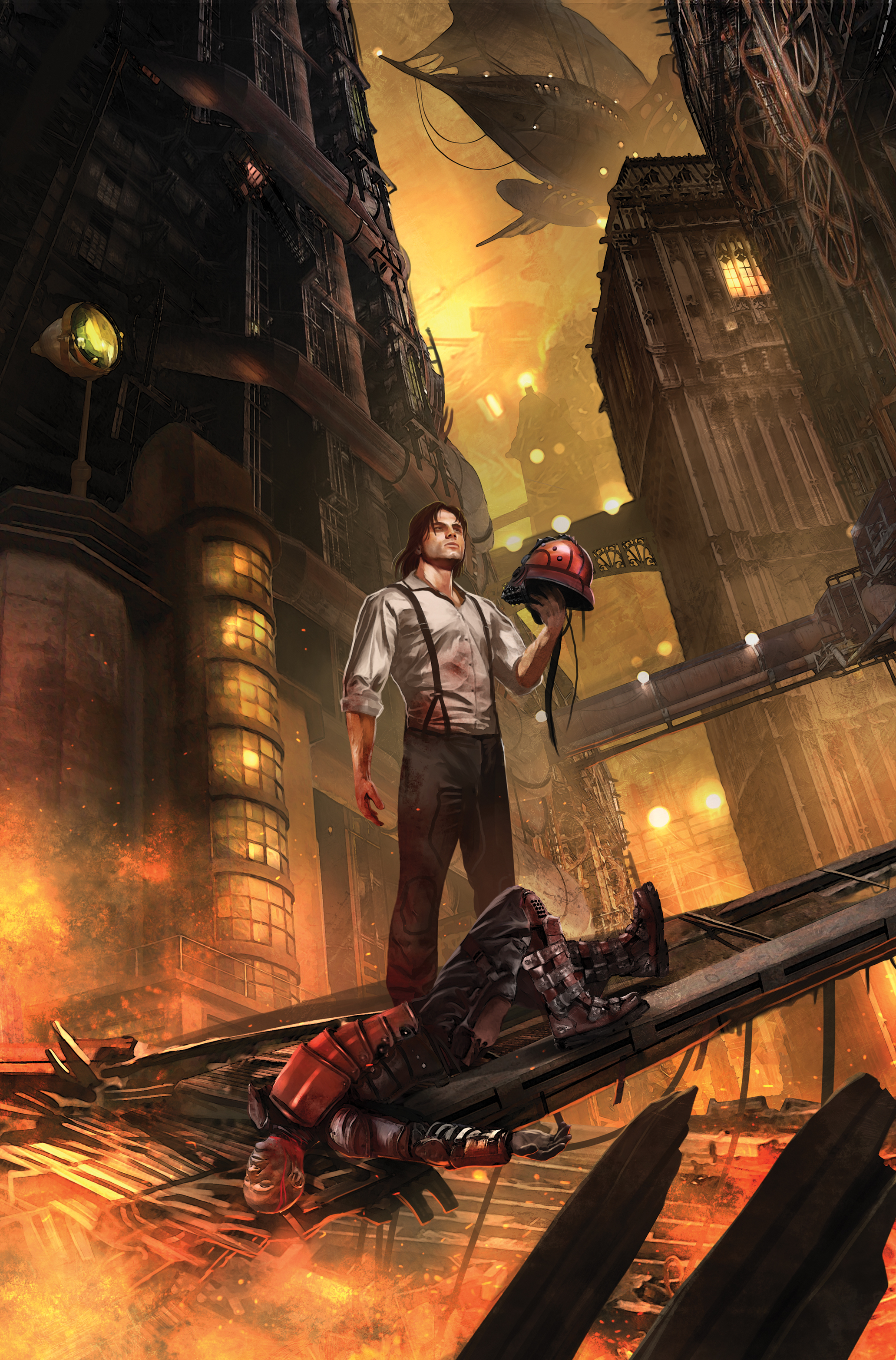 (Victor Valley)—When Archaia Entertainment/ Boom! Studios announced Lantern City a few months ago, I was stoked. I love the Steampunk genre and all it entails, and the promo art I saw looked amazing. So how is the first issue of Lantern City now that it is on shelves?

Created by Trevor Crafts, Lantern City focuses on a gloomy world ran by tyrants The Greys. Or they could be viewed as saviors depending on how you look at it. The world has turned into a desolate and dangerous place, and it the Grey’s who provide a safe, walled off society with Lantern City. Yet, the hierarchy makes for a less than splendid life, as many commoners are forced into working in slave like conditions for armed from head to toe guards. Sander is one of these workers, who goes in day in and day out to provide for his wife and kid.

But an uprising is boiling, and with it comes all the dangers you would expect. What side does Sander stand on, and what does it mean for his family? Writers Paul Jenkins and Matthew Daley create an introduction into this somewhat depressing world. Sander is protagonist here, faced with choices that will no doubt ripple down as this mini series goes further along.

Artist Carlos Magno brings this Steampunk nightmare world to life, and does a brilliant job. The depressing hues, the design of the armored guards and the structure known as Lantern City, it all looks great. The artwork is what pulled me in, and it didn’t disappoint.

However, I felt like the story didn’t progress as much as I had hoped, and the characters didn’t seem to come alive just yet. I thought this was a good first issue, but I had my hopes up for something outstanding. Well, we shall see what issue #2 holds, and if Sander becomes more than a stereotypical hero. I love the world of Lantern City, I am just looking at the characters to shine as much as the world they inhabit. I give Lantern City #1 a @@@@ out of FIVE. Check out the beginning to the newest Steampunk comic book while you can, looks to be a fun ride ahead.