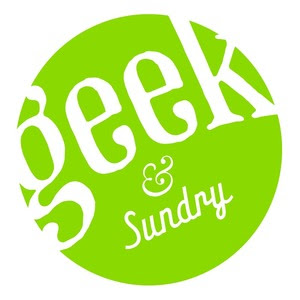 The highly anticipated premiere of LARPs The Series: Season Two is almost upon us! The award-winning series, named Best Web Series at FilmQuest 2014 and Best Independent Series at GenCon 2014, will return to Geek & Sundry for a second season in September following their hugely successful Indiegogo campaign. Season Two will feature 10-extended length episodes that will air weekly on GeekandSundry.com.

To gear up for the premiere, the Geek & Sundry crew will host the cast of LARPs: The Series on Saturday, August 29 for a Season One watch through, beginning at 4pm PST on Twitch.tv/geekandsundry. The director Julian Stamboulieh, producer Benjamin Warner, and cast leads, including Scott Humphrey, Elizabeth Neale, Charlotte Rogers, Jonathan Silver, and Jon Verrall will Skype in to do a special director & cast commentary during the watch through. Special guest, Amber Goldfarb who is joining the cast in season 2 as “Kat” will also drop by the stream.

For past episodes visit: http://geekandsundry.com/shows/larps-the-series