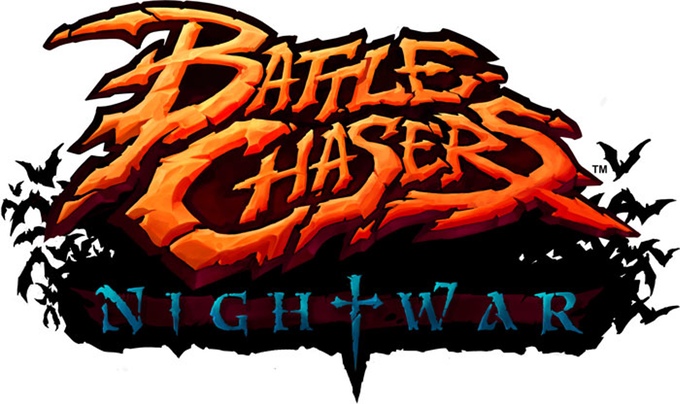 Many know the name of Joe Madureira, also known as Joe Mad. The acclaimed artist made the X-Men look better than ever at Marvel, and went on to form the Cliffhanger imprint with other amazingly talented creators. At Cliffhanger, Joe brought the world Battle Chasers, a fantasy book steeped deep in magic, monsters and swords. The book was amazing for the nine issues it ran, and then it ended on a cliffhanger… no pun intended. Joe Mad went on to work in the video game industry, creating the awesome Darksiders franchise. But fans of the Battle Chasers waited anxiously to revisit the world of swordsman, devilish red heads, and animated suits of armor. Well, that time is now: welcome to Battle Chasers: Nightwar.

The story returns as a classic JRPG game… well, that is if it reaches it’s funding goal. Here’s the desciption straight from the Kickstarter page:

If you check out the Kickstarter page, you will see screenshots, the game in action, as well as animated cut scenes in glorious 2-D animation, like the pic above. Right now, the game will be released on PC and Mac, but the page hints at an X-Box One and Playstation 4 release as a stretch goal for this campaign.

Personally, I am a huge fan of Joe Mad and Battle Chasers- my hardcover Battle Chasers Anthology is one of my holy grails. I had to back this as soon as I woke up this morning, and I know I’m not the only one. Check out the Kickstarter page at: https://www.kickstarter.com/projects/1548028600/battle-chasers-nightwar and enjoy.