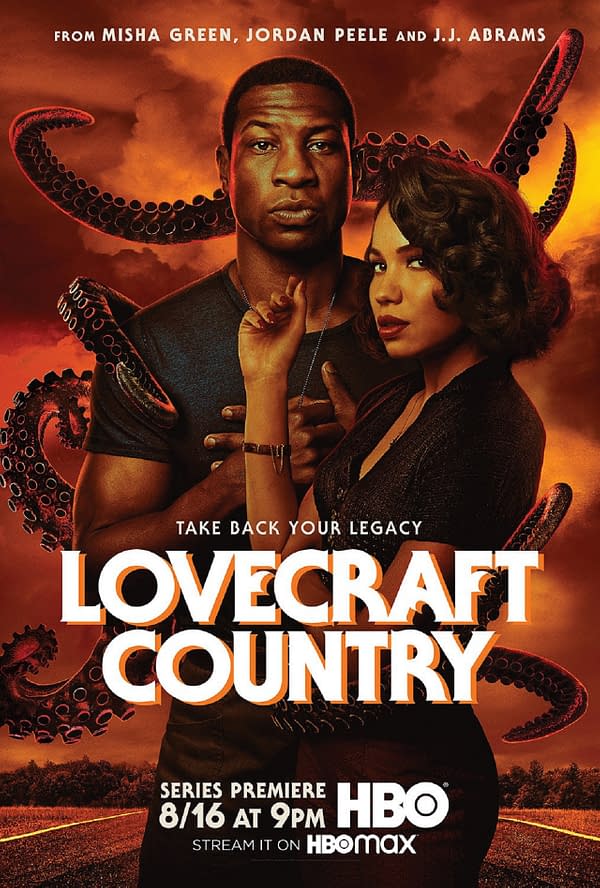 In its short opening sequence,” Sundown” quickly establishes the tone for what’s to come. It’s a combination of the horrors of the real world and the fantastical creatures and stories of our imagination. It’s bazaar and straight out of a pulpy sci-fi novel. But within minutes, we are transported from this fever dream and into the real world, where even made up monsters aren’t nearly as scary as the real ones. This is Lovecraft Country.

Without going into too much detail about the original novel by Matt Ruff, the story takes place in the Jim Crow era of American history. It was a turbulent and horrifying time when segregation was at its height. Black motorists, often with their families, had to be careful what towns they visited, as some were sundown towns, meaning that if anyone other than white people were present after sundown, they could be legally murdered. Of course, it wasn’t only after sundown where they needed to be worried. In the most blatantly racist time in our country, being black meant that if you traveled anywhere at any time, you can be harassed and even fatally hurt just for being in the wrong place at the wrong time.

In the first episode, we are introduced to all of the main players of the story. Atticus (Jonathan Majors) and his uncle George (Courtney B. Vance) are reunited after Montrose, Atticus’s dad, and George’s brother, mysteriously goes missing. After receiving a letter from his dad, Atticus believes he knows where he might be. George is a traveler, working on a guidebook for black people to be able to navigate the country safely, so he agrees to go along for the ride with Atticus. Getting pulled into the action is Letitia “Leti” (Jurnee Smollett-Bell), an old friend who recently returned to town. They are headed to Ardham, Massachusetts, otherwise known as Lovecraft Country. Along the way, they confront the real monsters that plague America and the fantastic creatures of science fiction and horror. By the end of the episode, there are more questions than answers when they finally reach their destination, but little do they know the horrors that await them while there.

I’m trying my best to stick to the show and not compare it to the novel. It’s hard to do, especially when you are a fan of something, and it gets adapted into another medium. There are some minor changes to the story, mainly the last name of the Freeman family and some of the monster elements, but overall they nailed the tone of the story. It is precisely what I envisioned while reading the book. Even the cast is incredible, with not one thing to complain about. They absolutely got everything right about these characters and the struggles and fear they live with daily. Atticus is soft-spoken and believes that there is good in everybody, you just need to ignore the bad sometimes. George is a gentleman through and through, even though he fights when the world treats him like trash. And Letitia, she is one of my favorite characters in this story. She’s strong, smart, and doesn’t take any shit from anybody, and I’m here for it.

Showrunner Misha Green, along with Executive Producers Jordan Peele and J.J. Abrams have brought the novel to life in a stunning way. In school, I never learned about the concept of a sundown town. It wasn’t until I read the book by Ruff that I learned what that was, and seeing it come to life on screen was horrifying. Both the novel and the show make it a point to show that the real world is much more terrifying than fiction. Even during a sequence towards the end of the episode (in a very cool Evil Dead inspired scene), it becomes apparent who the real villains are, and it’s not the terrifying creatures of Lovecraft lore. And that is saying a lot.

All of this ranting to say that you need to watch Lovecraft Country! It’s a blend of an important time in our history that we should never forget and a horror show like no other. The story is excellent, the cast is solid, and it looks and feels incredible. It’s a harrowing journey, but it’s completely worth it. I can’t wait to see what’s to come in future episodes.