Mad Cave Studios has confirmed today that some of their most ambitious titles are coming back later this year. All three hit comics from Mad Cave will deliver glorious art and epic storytelling as it was confirmed by Mad Cave’s own Mark London: “Folks have been asking for more of each series and although I’ve been teasing it here and there, I’m proud to announce that they are well under production. So far, things look excellent on all fronts and I can assure you that Mad Cave is going to redefine the word epic.”

The same creative teams that worked on all three titles previously will be returning to reprise their roles.

Knights of the Golden Sun

The archangels are one step closer to finding out the truth behind God’s disappearance from Providence. A new quest begins for the archangels that will prove even more difficult than they had previously anticipated. Six ancient relics must be found in order to stop the approaching holy war. Meanwhile, Metatron is still on the loose plotting his revenge after his defeat at the hands of the Archangels. Will the relics bring Father back and finally end the 400 years of solitude? What is Metatron planning? And where is Lucifer? Find out in the next arc of Knights of the Golden Sun! From Mark London and Mauricio Villarreal.

“The second arc of Knights of the Golden Sun introduces new intrigues, unbelievable characters, and elements of fantasy never seen before.” 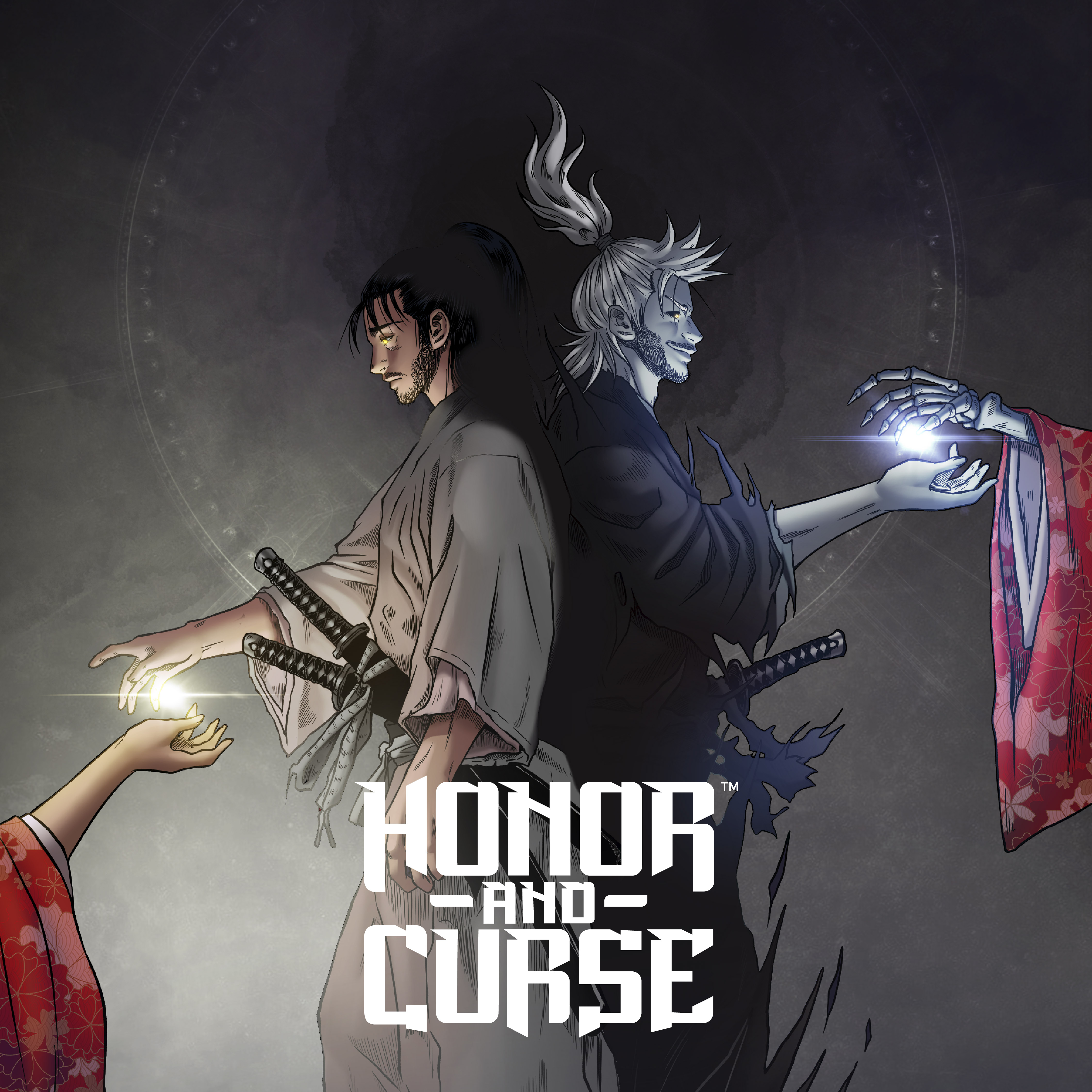 Genshi is on the run and searching for the Elder One, the only person capable of teaching him how to control the Tengu, a powerful demon trapped inside of him. Meanwhile, Akemi, Genshi’s former lover and the new leader of the Iga, is doing her best to continue her Father’s legacy after his murder at the hands of Genshi when he was fully consumed by the Tengu. Always ready to seize an opportunity and getting stronger by the day, the Koga, led by Lord Yazuro, are taking steps and preparing to take over the Iga with help from one of Japan’s greatest young generals. From Mark London, Nicolas Salamanca, and Tekino.

“It’s really interesting to come back to Edo period Japan and create more art that honors that era. I enjoyed creating the concepts for the new characters and imagining new locations like the forest where the Tengus and other spirits reside.”

“It’s been a lot of fun exploring demonic possessions and hallucinations through color. I really am enjoying coming back to Honor and Curse. Between a troubled Genshi and witnessing how Akemi is dealing with her father’s murder, this next arc is going to very interesting.” 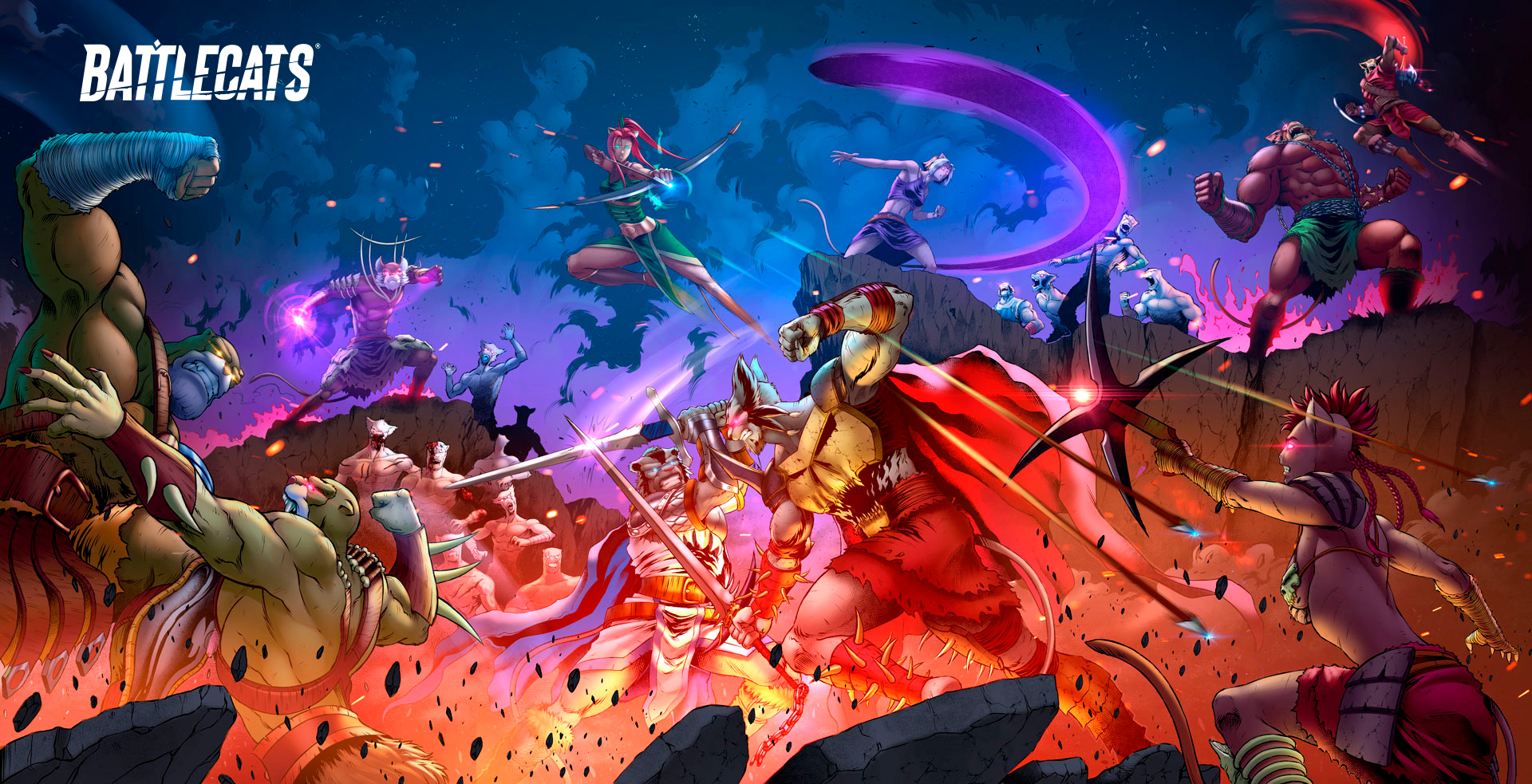 Valadar has won. Eramad III is no more. Valderia is now in turmoil and a new red moon eclipses the sky signaling the rise of a new god. Kelthan, once the proud and marvelous leader of the Battlecats, is overcome with doubt and has subsequently surrendered his title. Queen Adastril has taken matters into her own hands by leading a group of rebels and planning an attack on Valadar, the Darkats, and the Umbra raiders. With the aid of Natharien and the remaining Battlecats by her side, Adastril will lead our heroes into a battle that will change Valderia forever. Will the felines succeed or will they die trying

Find out in Battlecats volume 3! From Mark London, Michael Camelo, and Tekino.

“After working on the first two volumes, volume three is a totally different beast. We are bringing years of work to a close, so expect the unimaginable.”

“The most impressive part of volume three is exploring new regions of Valderia. Choosing how to differentiate each of those regions through color and giving the Battlecats a scruffy, “on the run” appearance is really exciting.”

To get caught up on all previous volumes of Mad Cave stories, follow this link to their online store or this link to find your local comic shop and request the trade paperback editions.