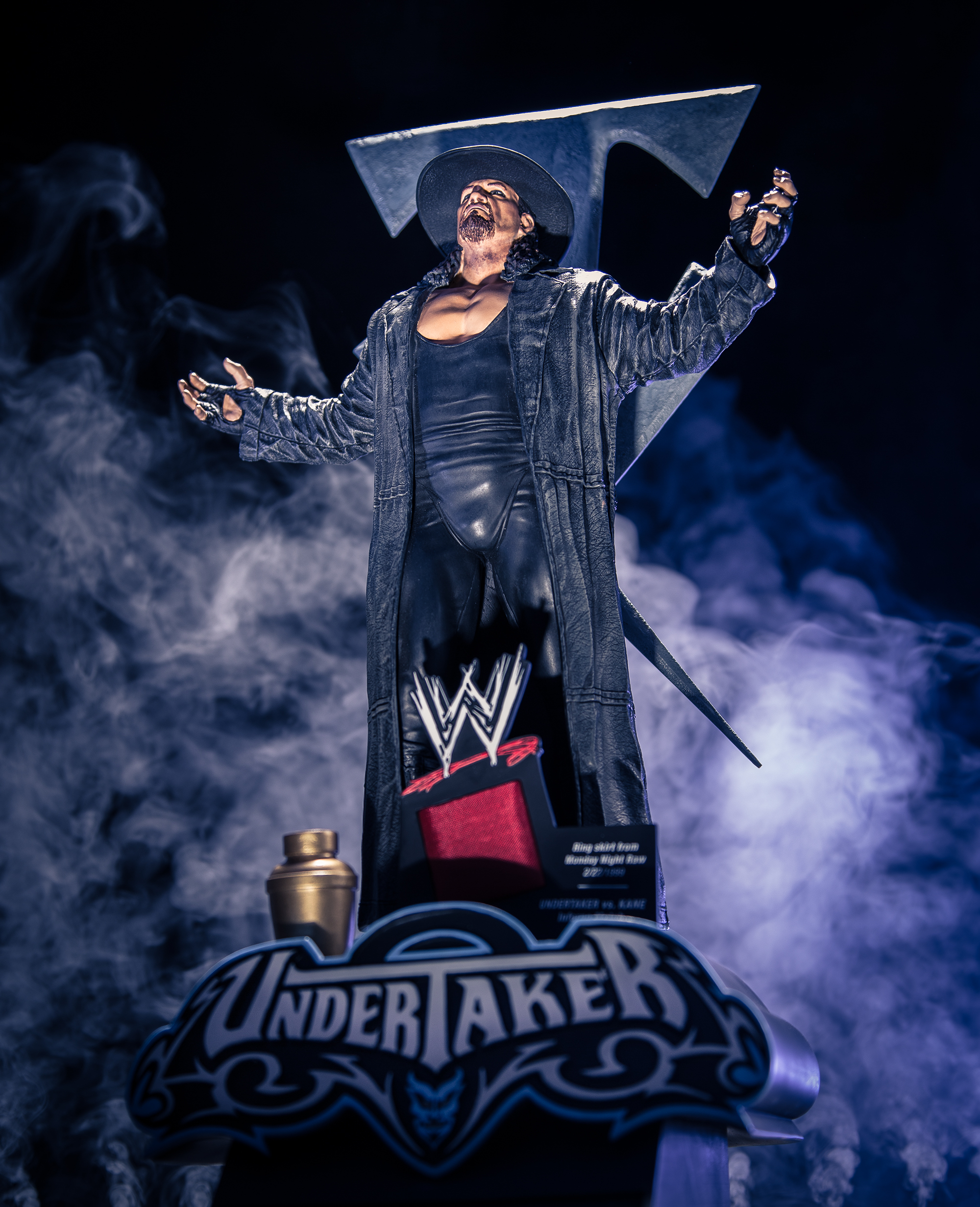 Fans can look forward to all the statues featuring authentic WWE memorabilia, which are highly limited in production.  Select statues will also feature a limited run of authentic WWE Superstar and Legends signatures. Each WWE ICON statue will be created, developed and designed by Todd McFarlane and his award-winning McFarlane Toys design group, in conjunction with WWE, and will be meticulously sculpted and hand-painted to a fully realized likeness.

For its first statue release, McFarlane Toys has chosen one of the most iconic WWE Superstars ever, The Undertaker. A fan favorite and multiple-time WWE Champion and World Heavyweight Champion, The Undertaker’s accomplishments have cemented his place among the greatest in WWE history. 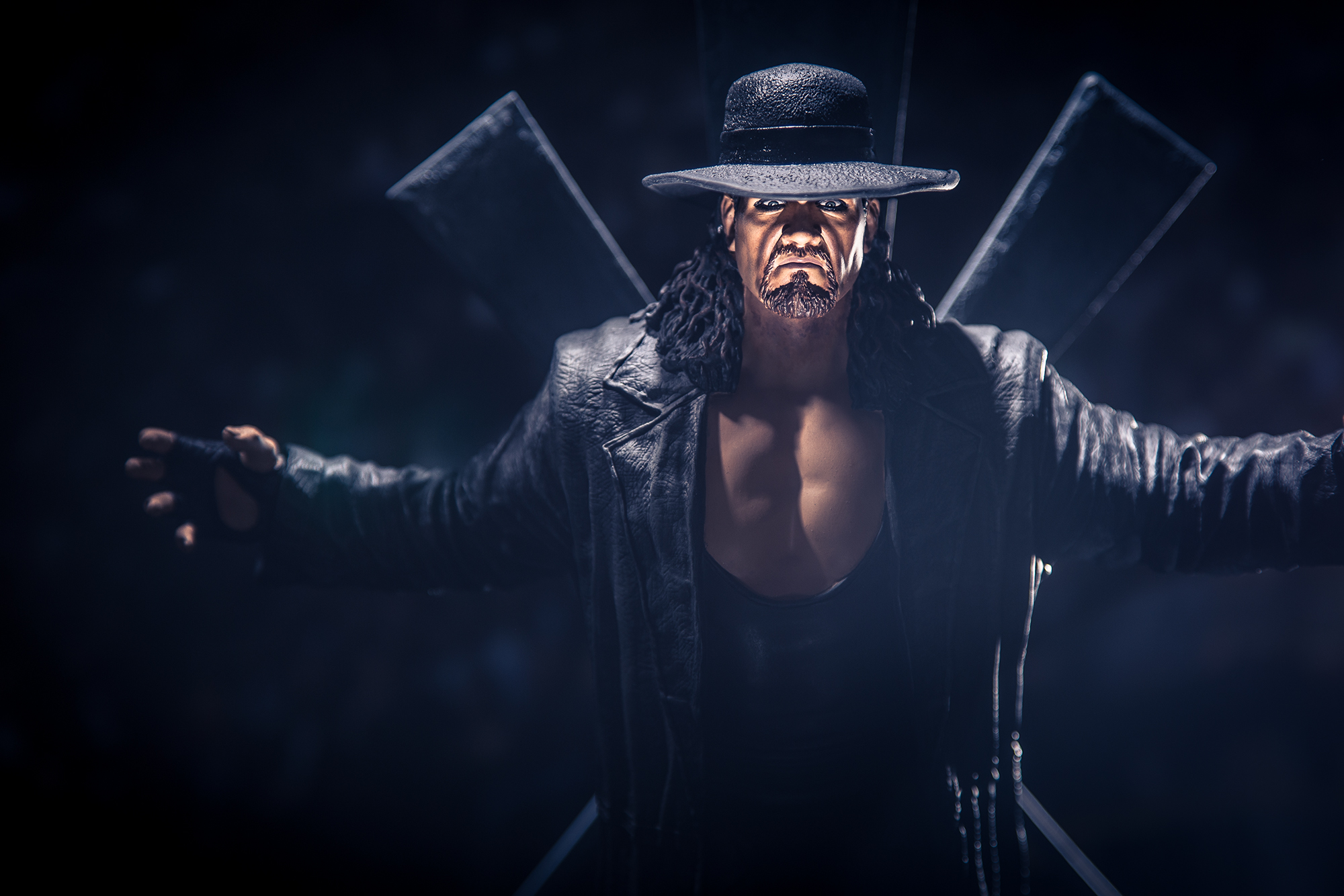 The statue depicts The Undertaker, in amazingly authentic detail, with the enigmatic character that makes him a WWE icon.  The Undertaker statue stands over 17.5-inches tall, with a special base that includes LED spotlights, a plaque highlighting some of The Undertaker’s historic accomplishments.  WWE fans will be able to own a piece of history, as each statue will feature a piece of the ring skirt from The Undertaker’s Inferno match against WWE Superstar Kane® from the February 22, 1999 edition of Monday Night Raw®.

The Undertaker statue is limited to only 850 pieces, and each one is individually and sequentially numbered. As an added bonus, each statue will include a Certificate of Authenticity hand-signed by the internationally acclaimed artist and creator of McFarlane Toys, Todd McFarlane.

The limited-edition collectible will retail at $295 and will be available on the McFarlane Toys online store (http://www.McfarlaneToysStore.com/ and WWE Shop, (http://shop.wwe.com) starting Friday, December 6, 2013.  A limited quantity of statues will be available through Diamond Select Retailers.