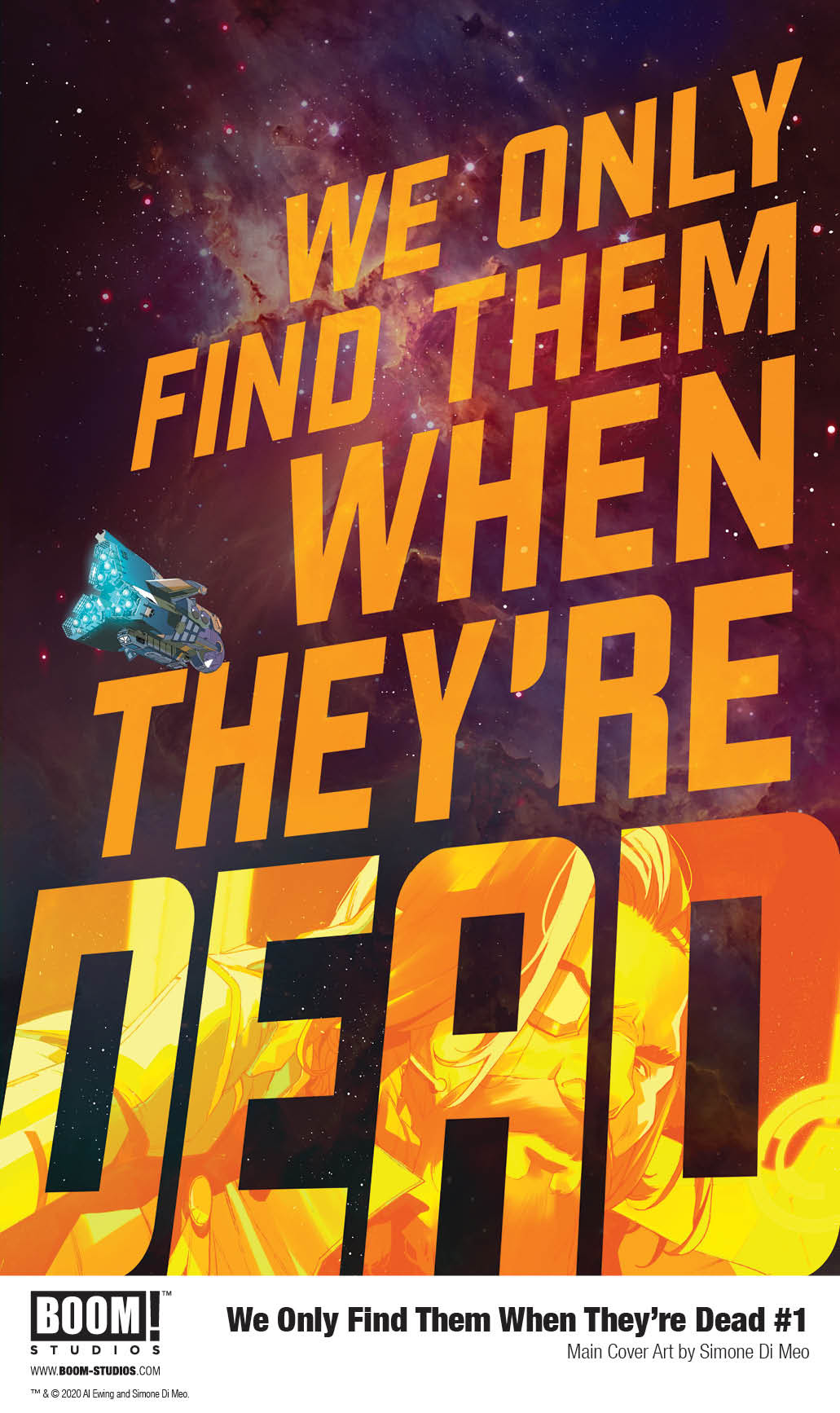 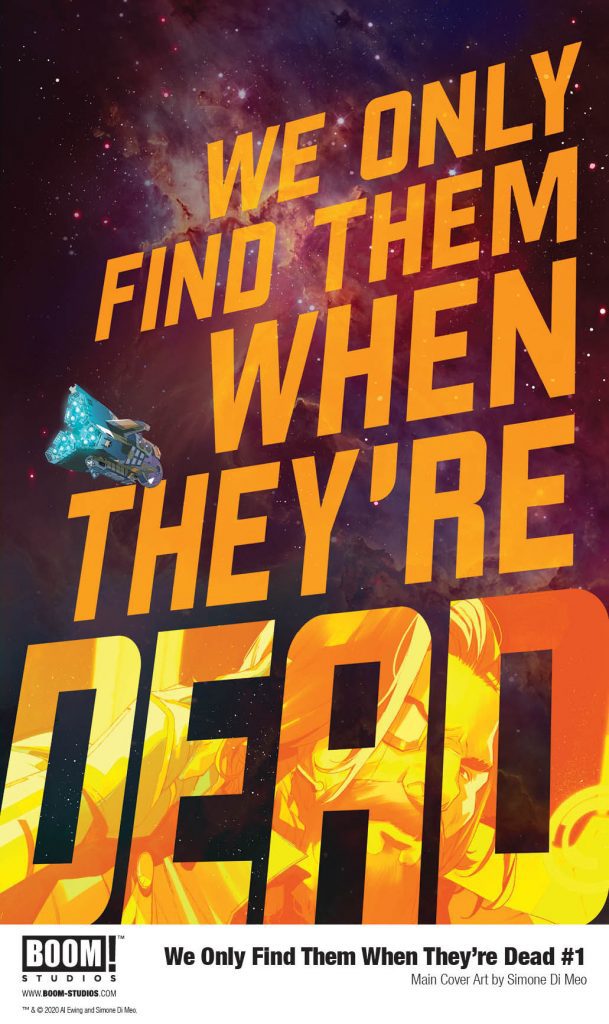 BOOM! Studios today revealed a first look at key character art of the four crew members of the Vihaan II, Captain Malik, Ella Hauer, Alice Wirth, and Jason Hauer, as well as Officer Paula Richter and a Dead God, by series artist Simone Di Meo (Mighty Morphin Power Rangers) for WE ONLY FIND THEM WHEN THEY’RE DEAD, a new sci-fi epic from Al Ewing (Immortal Hulk), Di Meo, with color assistance by Mariasara Miotti and letters by AndWorld Design, about one man’s unrelenting quest throughout space to discover the truth—no matter where it takes him. Available in stores September 2020.

Print copies of WE ONLY FIND THEM WHEN THEY’RE DEAD #1 will be available on September 2, 2020 exclusively at local comic book shops (use comicshoplocator.com to find the one nearest you) or at the BOOM! Studios webstore. Digital copies can be purchased from content providers like comiXology, iBooks, Google Play, and Madefire.