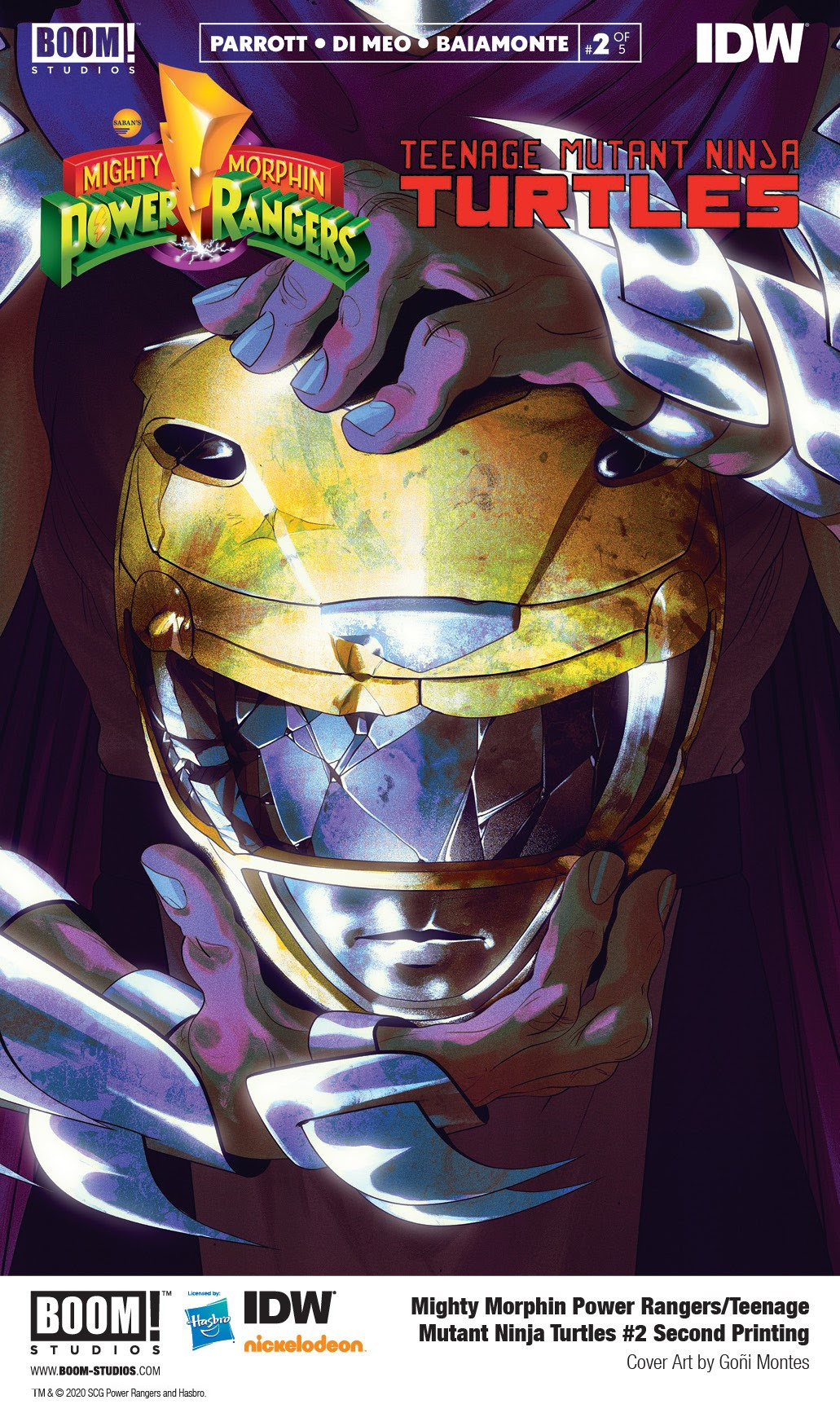 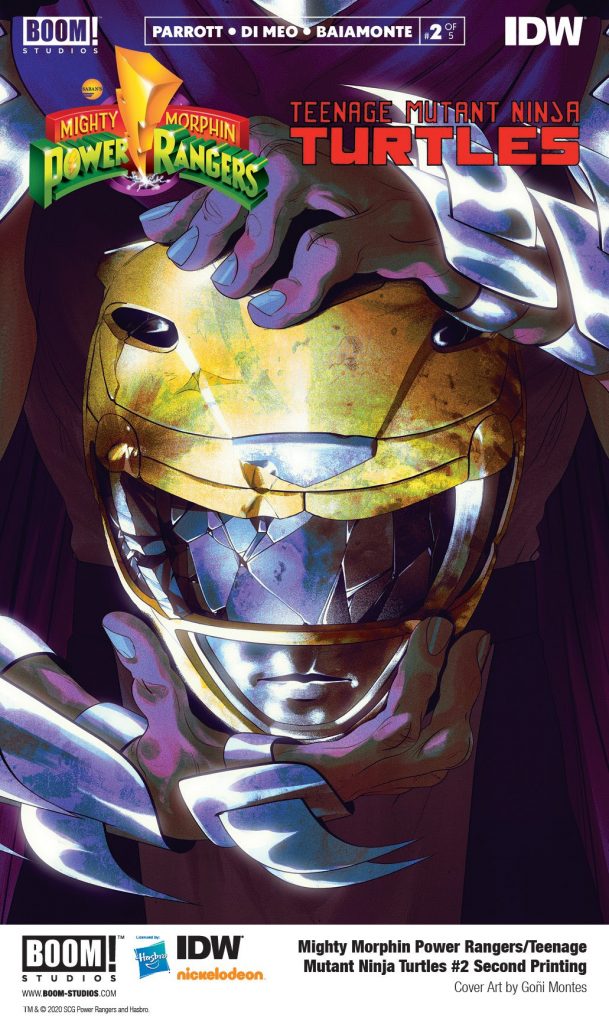 Tommy faces a shocking betrayal within the Foot Clan that puts him in the crosshairs of their leader – Shredder! But can the Rangers and Turtles put their differences aside before Shredder unleashes his ultimate weapon? No Power Rangers or Ninja Turtles fan can miss the shocking last page!

“The action and excitement continues to build as Shredder enters the scene and proceeds to blow up everyone’s plans with his own surprise—he’s gotten hold of a power that’ll change the playing field entirely,” said Filip Sablik, President, Sales and Marketing, BOOM! Studios. “For everyone who thought the first issue started with a bang, we’re upping the stakes in a big way with this issue. Don’t miss this special fast-tracked second printing and find out what happens when you’ve got two teams of butt-kicking teens up against a whole clan of ninjas and their merciless leaders!”