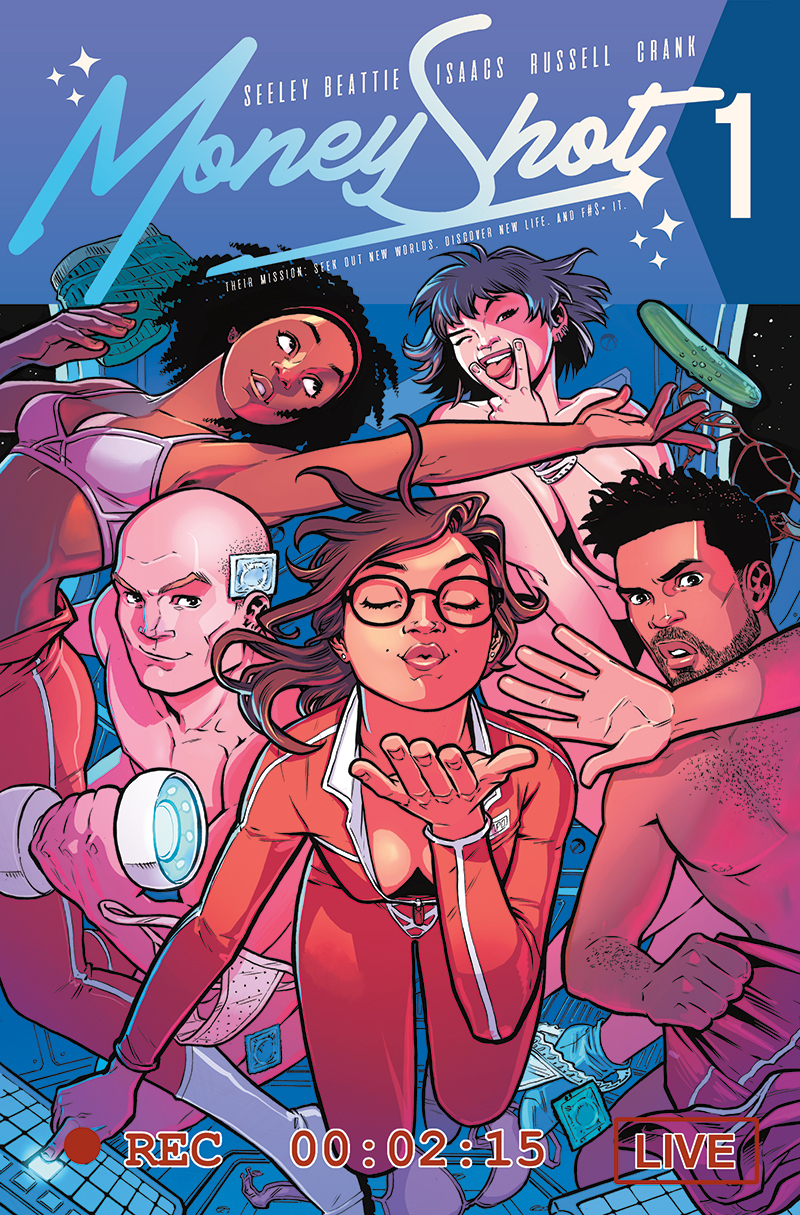 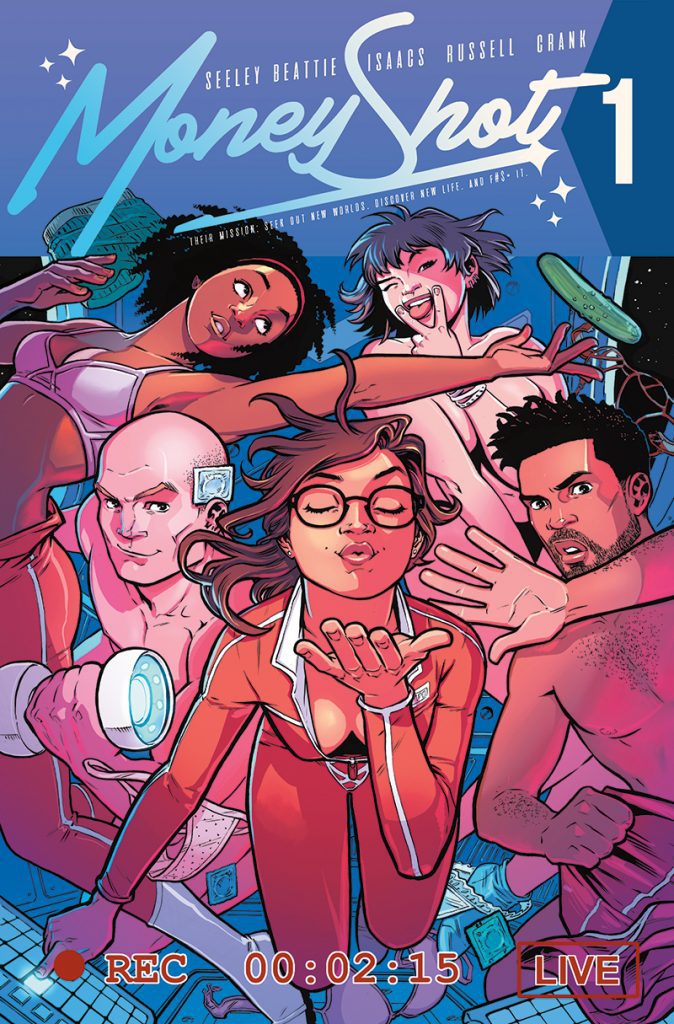 From Tim Seeley, Sarah Beattie, with art by Rebekah Issacs, colors by Kurt Michael Russell, and letters by Cranks!, this is one book that goes off the rails in a great way. In case you haven’t realized yet, this is a mature readers book, plain and simple. So in the not too distant future, aliens reached out to us. But then they realized humanity kind of sucks, so they said, “no thanks.” That has left the Earth out of a galaxy worth of culture and innovation, but it hasn’t stopped everyone. Christine Ocampos, the inventor of the Star Shot teleportation device, has big dreams, but during a time when science and innovation are low on the priority list for funding. So, being a kinky type of lady, she randomly stumbles into the world of interstellar porn via crowdfunding, and that gives her an idea- travel to new planets, have sexual relations with these aliens, film it, charge for it, and have the research paid that way. Seems logical, right?

Money Shot #1 is making sci-fi sexy again, for a price. This book won’t be for everyone, but being a lifelong fan of comic books, I enjoyed it. It is totally unbelievable and not based in reality whatsoever. Think of it more as your guilty pleasure in comic books.