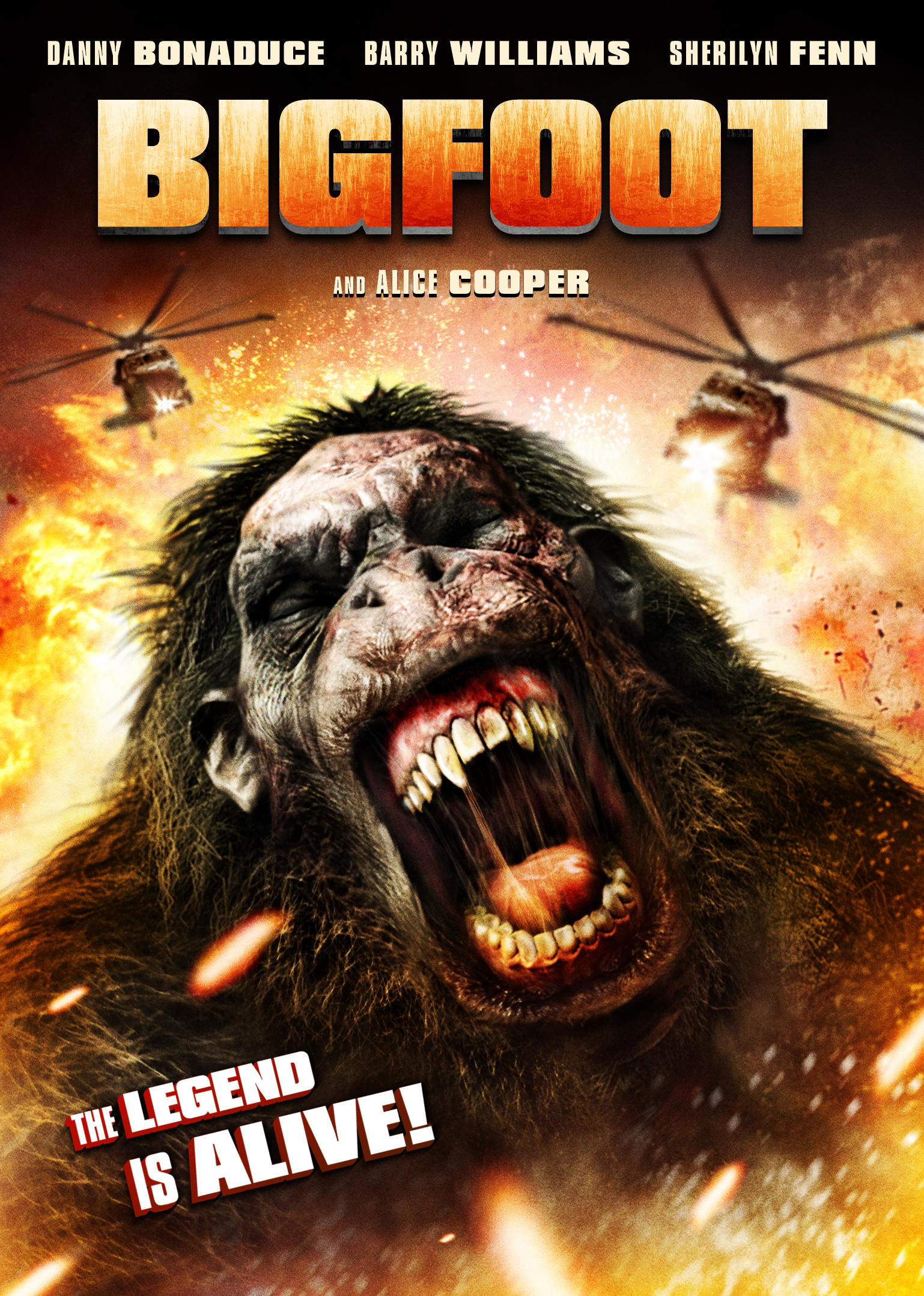 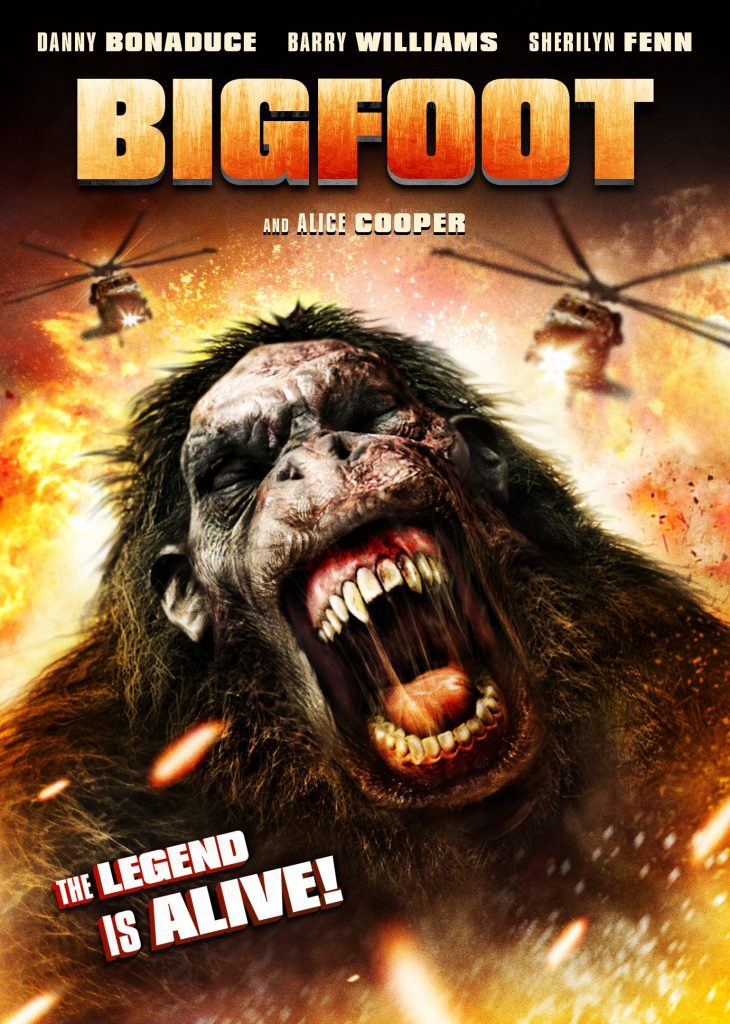 In 2012 the movie Bigfoot was released. Unfortunately, some missed this hidden gem the first time around, but thanks to Peacock, a streaming service brought to us by the good folks at Universal, fans of Sasquatch related films like myself now have the opportunity to watch it, with unfortunately being the keyword here.

Bigfoot takes place in the quiet logging town of Deadwood and starts us off with a battle amongst loggers under the order of one of concert promoter Harley Anderson, played by Danny Bonaduce and a group of tree huggers led by activist Simon Quint, played by Barry Williams. As predictable as it may sound, the tussle for trees gets interrupted by none other than, you guessed it, Bigfoot. The THIRTY-foot tall monster immediately begins to dismember people in what has to be the cleanest slaughter in a movie I have ever seen. I mean, how do you rip a man in half and there’s NO blood? And why is it that every time the amateurish CGI Bigfoot charges at them, it sounds like clanking metal? Either he’s a robot or every part of the forest floor is made of metal. That’s not even the worst part of this “Oscar Worthy” masterpiece.

Our two main characters have a long history with each other, and that’s made very clear with all the silly music references and such. This film is full of so many human characters that the filmmaker wants you to care about, like Sheriff Becky Alvarez, played by Sherilyn Fenn, who I remember as Curlys wife that got her neck snapped by Lenny in the movie “Of Mice And Men.” Well, Lenny should have snapped her neck in this one because her character was all over the place and not in a good way. But the “Best Actor” award goes to Bonaduce for sure. Let’s say he brought his D game with him but left any acting skills he had on another movie somewhere. It was so bad you could tell Danny was reading off a cue card. The majority of the actors in this film just plain sucked. This made it very hard to care about any of their characters. I was rooting for Bigfoot to kill them. Hell, I wanted him to jump out of the television screen and kill me so I wouldn’t have to watch this movie anymore.

Bigfoot, directed by Bruce Davison, is an absolute turd wrapped up with Partridge Family wrapping paper with a Brady Bunch bow. But don’t take my word for it, watch it till the end, that’s when it really gets good. Plenty of bloodless slaughters by a thirty-foot man-ape lead up to a climactic battle between Bonaduce and Williams atop Mount Rushmore. Imagine the final battle between Simba and Scar in Disney’s The Lion King, but instead of lions, we got two Hollywood has-beens slugging it out. All this, only to have Bonaduce eventually hanging from the edge and Williams holding his arm in an attempt to save him and then Bigfoot reaching out to save them both.To no avail. The three of them, along with Mount Rushmore, all meet their end by way of jet bombers. This movie needs to be blown to smithereens as well. So if you have an hour and a half of your life to waste, then by all means, check this film out.