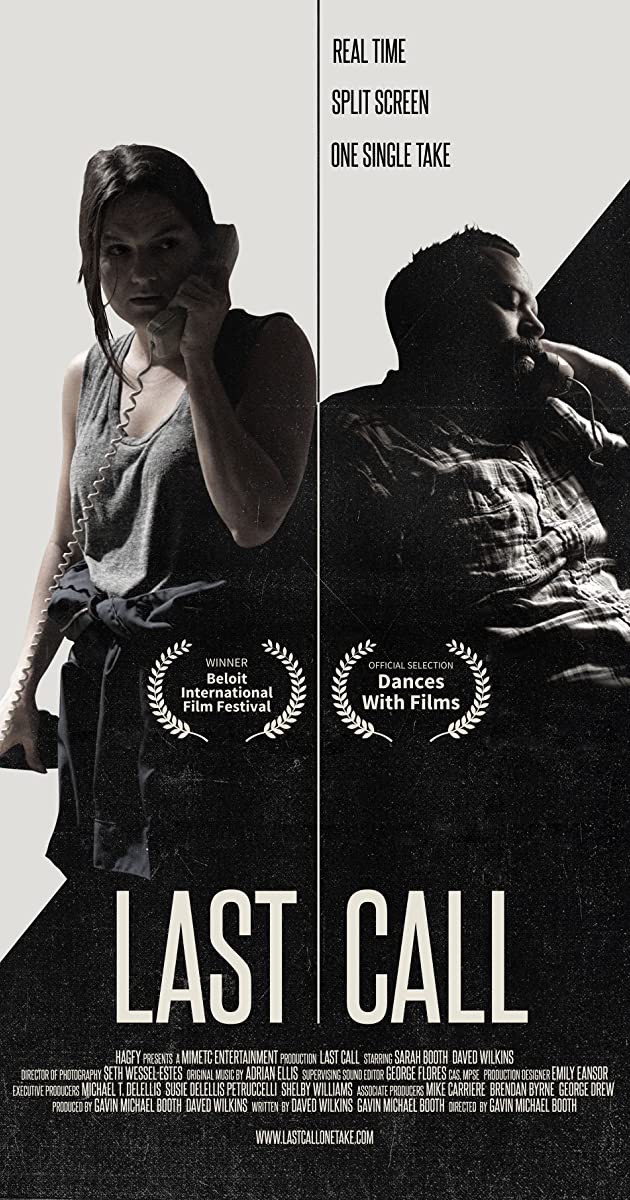 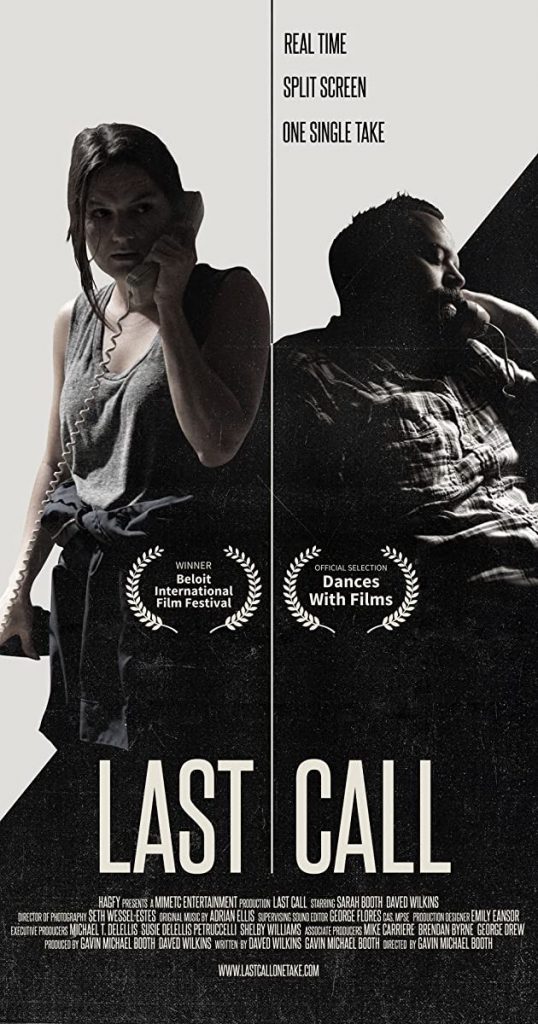 Last Call gives us two unique perspectives on the same situation. It’s an important film that deals with the dark side of mental health, but also gives us the bright side of what it means to be a caring human being. Presented in one take and using split-screen, it offers a story of regret, loss, and forgiveness, all in real-time.

While the idea of a one-shot film isn’t new, it’s often concerning that it will be used as a gimmick to sell a movie. Thankfully, that is not the case here. It adds to the experience, and all of it leads up to one of the most intense finales in recent memory. By the time the movie reaches that pivotal moment, you are invested in the sombering story of Scott and Beth, two strangers brought together by fate.

Scott (Daved Wilkins) is a depressed man with nothing more to lose. As a last attempt to save himself from doing something horrible, he calls a suicide hotline. Calling after hours, night janitor Beth (Sarah Booth) answers the phone. Having her own anxieties and issues to deal with, not to mention no training in this sort of thing, she initially is hesitant to speak to him. But after learning that Scott has nobody else to talk to, she realizes she might be the key to saving his life.

A slow burn of a drama, Last Call dives deep into the psychology of somebody on the edge. At the very beginning of the film, Scott is seen drinking at a bar, and it sets the mood perfectly. At the same time, we see Beth clocking into work and stressing about her son, who is late coming home from a movie. From the first frames, we know everything we need to know about them, and the drama branches from there.

The split-screen aspect of the film works surprisingly well. Much like the 2000’s “Time Code,” it places its focus where it needs to be when needed. Placed in the hands of the wrong filmmaker, it would be easy to get lost in the shuffle and lose focus, but we are in good hands here. And as mentioned earlier, the film is presented as one shot for each character, and it’s incredible how quickly you forget that. It comes across so natural and specific to this story, and I can’t imagine it told any other way.

Sarah Booth and Daved Wilkins are amazing in this movie. They are the only actors in the film, and everything rests on them. Booth delivers a strong performance and completely blew me away. Being a parent myself, the stress of worrying about your kids is bad enough. Adding anything else to that anxiety is unthinkable, and she sells that perfectly. She knows she is in over her head, but she is a good person and can’t let this go. Wilkins’ character of Scott is filled with the type of regret and sorrow that only someone who has suffered from real tragedy could feel. He is at the edge of his rope, and Daved is the type of actor that you need for this role. They are both great actors, and I hope to see more stuff from them in the future.

Last Call is an indie film that deserves to be seen, being equal parts tragic and hopeful. It’s a movie that explores mental health issues that are triggered by tragedy, but it also wants you to know that somebody is always willing to listen. Maybe someday it can help save a life. Definitely check it out.