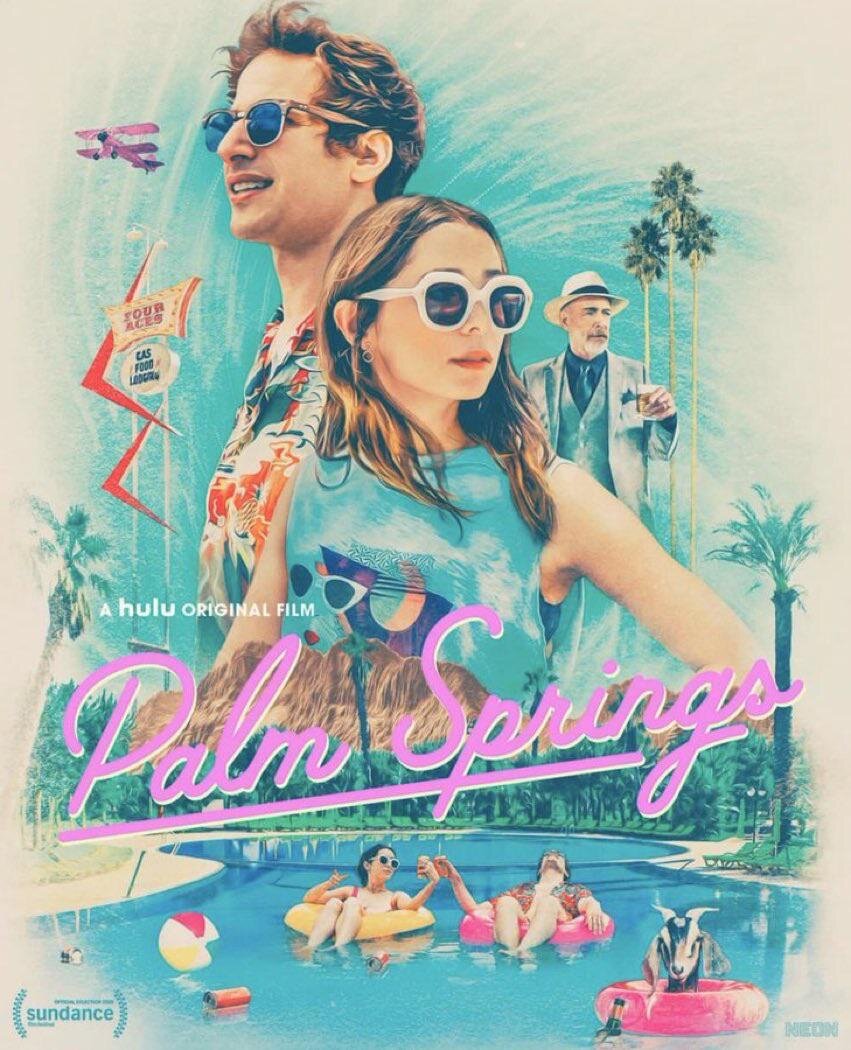 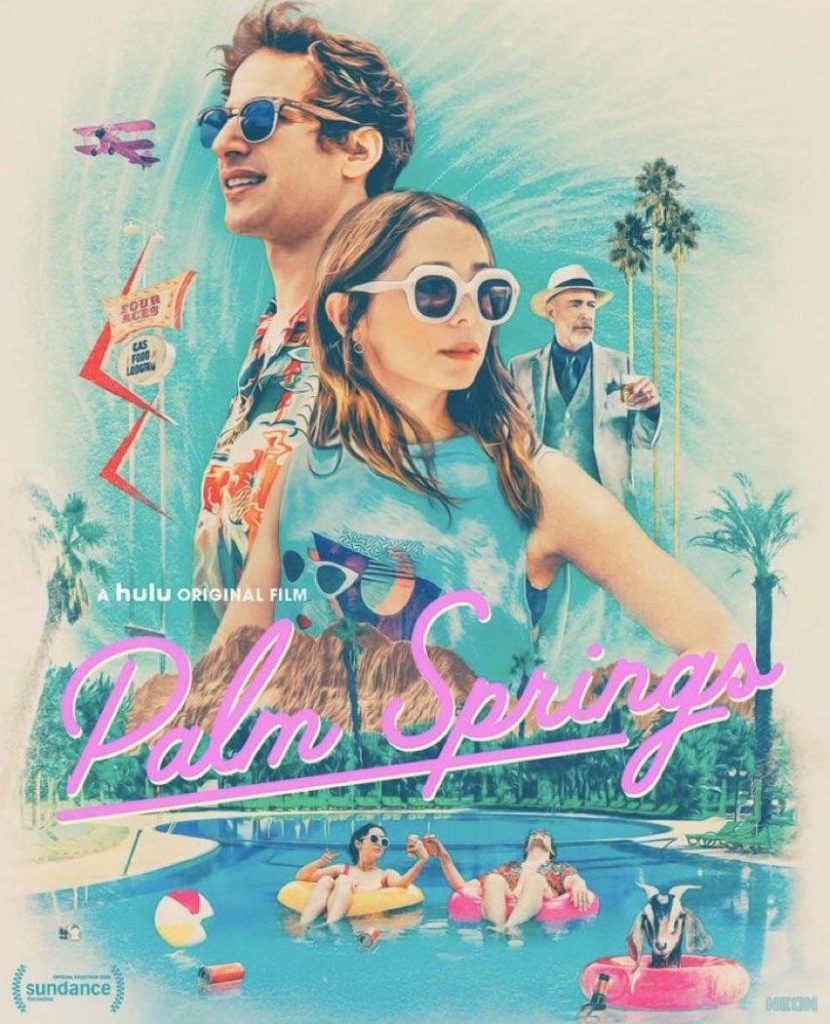 In January of this year, the film Palm Springs broke Sundance records by becoming the most expensive film ever purchased. It surpassed the previous record-holder, Fox Searchlights “Birth Of A Nation” in 2016, by a mere .69 cents. Once Neon and Hulu bought the film, the hype train got going, and people were curious about what made this Andy Sandberg starring vehicle so special. Early word for the film got around, and the response was overwhelmingly positive. Now the film has been released on Hulu, and I watched it with high expectations.

And it mostly lives up to the hype.

The film is tough to talk about without spoiling it, so I’m going to stick to the basics and let you discover the surprises of the film yourself. The basic premise revolves around Nyles and Sarah (Andy Sandberg and Cristin Milioti), two wedding guests who develop a romance after living the same day over and over again. Yeah, like Groundhog Day. Except here, one of them has been living it for as long as he can remember, and the other gets sucked into it with him. Together, they try to figure out a way out of the loop, with their sanity and livelihoods on the line.

This film treads a lot of familiar territories but also offers something a bit different. Films like Happy Death Day and Edge Of Tomorrow have played with the formula before, with exciting results. This movie sticks to the basics of the Groundhog Day romantic comedy formula, with a bit of a sci-fi edge to it. It also stands out because of the other character getting pulled into it, which is something we haven’t really seen before. And it’s something she isn’t happy about, which adds another layer to the story.

The time loop plot isn’t what makes this film worth watching, though; it’s the undeniable chemistry and charisma of its leads and the romance that buds between them. Neither one of them are great people. They are flawed, exhausted, and are looking for a change in their lives. Sarah has one of the deepest and most personal reasons to get out of the loop, living with the regret of what she did the night before. Truthfully, nobody at the wedding are great people either, but it’s Sarah and Nyles that must live with the horrors of that day every day.

The supporting cast is wonderful as well. Camila Mendez and The CW’s own Superman Tyler Hoechlin are the bride and groom, Tala and Abe. Peter Gallagher and J.K. Simmons are great, and one of my favorite characters who got the least screen time was Jerry, played hilariously by Tongayi Chirisa.

Directed by Max Barbakow in his directorial debut, Palm Springs is mostly a fun time. It had some funny moments and was heartfelt, but even at 90 minutes, some scenes felt too long. It’s a film advertised as a hilarious comedy, but it’s more of a dramedy than anything else. It’s not a bad thing, as it serves the story well, I just wanted to throw that in there.

Now that I’ve hopefully lowered your expectations a bit, I think you will enjoy Palm Springs. It’s one of the best performances that Sandberg has ever delivered, and it is a good movie. Even if it gives you the feeling you have seen before, it offers enough interesting stuff to warrant a watch. It’s on Hulu now, and it’s worth giving a chance.