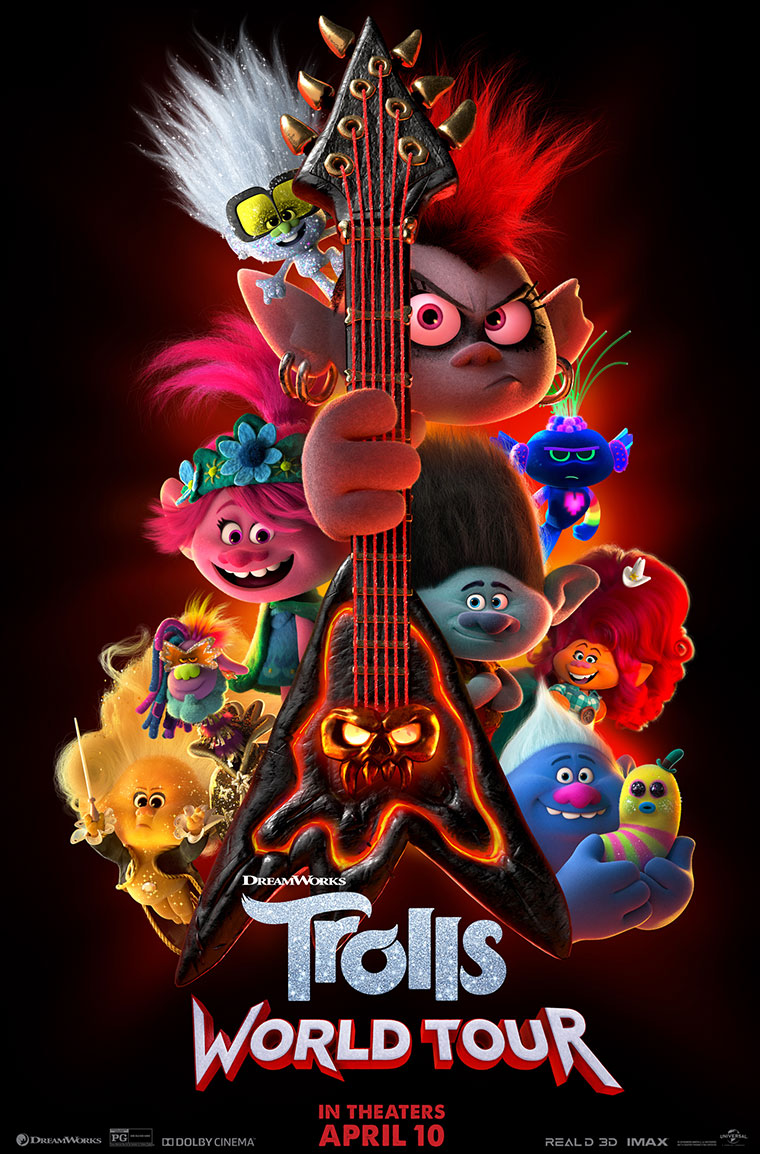 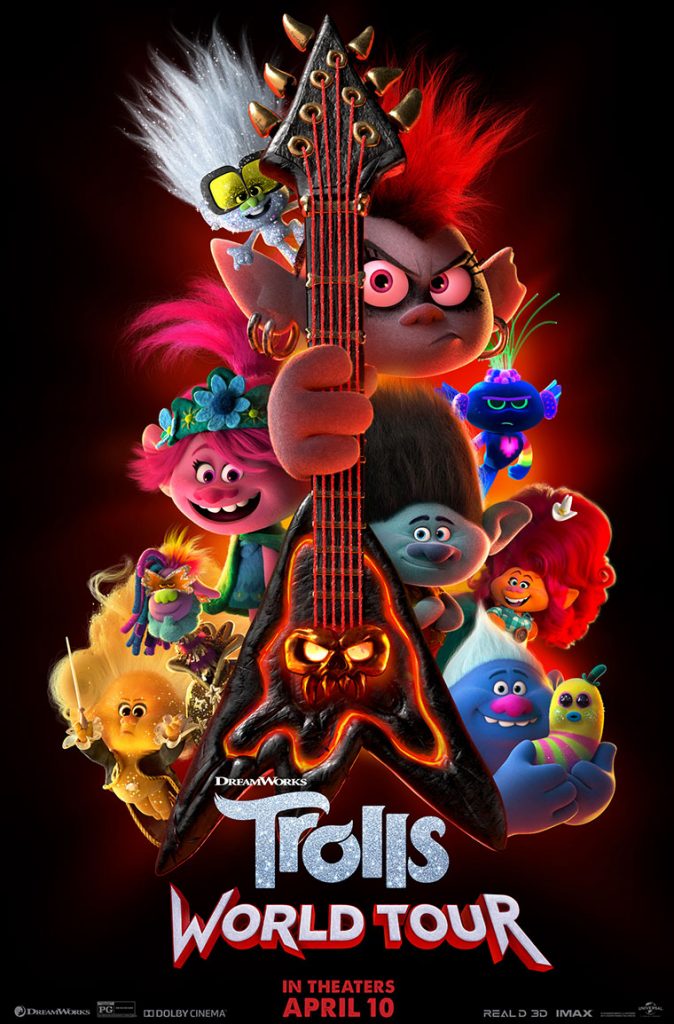 Originally slated to debut in theaters, Trolls World Tour skipped its theatrical run and premiered at home due to COVID-19. It was a smart move on Dreamworks and Universal’s part to give those stuck in quarantine something new to enjoy, especially families desperate for new content after watching Frozen 2 for the hundredth time. And to tell you the truth, we are one of those families, and it hit the spot just fine.

The story of the film is pretty simple, and that’s ok, it is made for children. The plot revolves around trolls voiced by Anna Kendrick and Justin Timberlake, Poppy and Branch, who discover that there are different tribes of trolls spread throughout their world. They are all represented by six genres of music: pop, funk, country, classical, techno and rock. When rocker Queen Barb and her crew set out to destroy the other music, it sets up to Poppy and Branch to stop them and save troll-kind.

A sequel to the 2016 film “Trolls,” World Tour is more of the same. It doesn’t reinvent the world of animation or cinema, but it does what it sets out to do, which is to entertain. The animation is bright and colorful, the voices are really well cast and the music is a lot of fun. It’sIt’s a jukebox musical, which means it uses pre-existing songs to tell their story. All of the medleys of popular hits mesh really well to create something new, but still familiar. And although I’mI’m not a fan, I even found myself enjoying the country songs they threw in, and that is saying a lot.

While the story isn’t very deep (and highly predictable), it’s the message the film gets across that resonates. Through music, the movie has an important message of diversity and beauty. Using the different genres to illustrate that point, it shows us that no matter where we are from or what we believe, we are all in this together and should embrace those differences.

We probably would have taken the kids to see Trolls World Tour had it released in theaters. Instead, we got to enjoy an entertaining new movie with the family at home. It was perfect for us, and I’mI’m positive other families will enjoy it as well. Movies like this are tough to rate, especially considering the duality of mind I’mI’m in about it. On the one hand, it’s a solid family film. On the other, it’s a mediocre film overall. So, for families with kids, it’s a 9/10. But overall, it’s a 5/10.

Rating: I’m going to split the difference and call it a 7 out of 10.