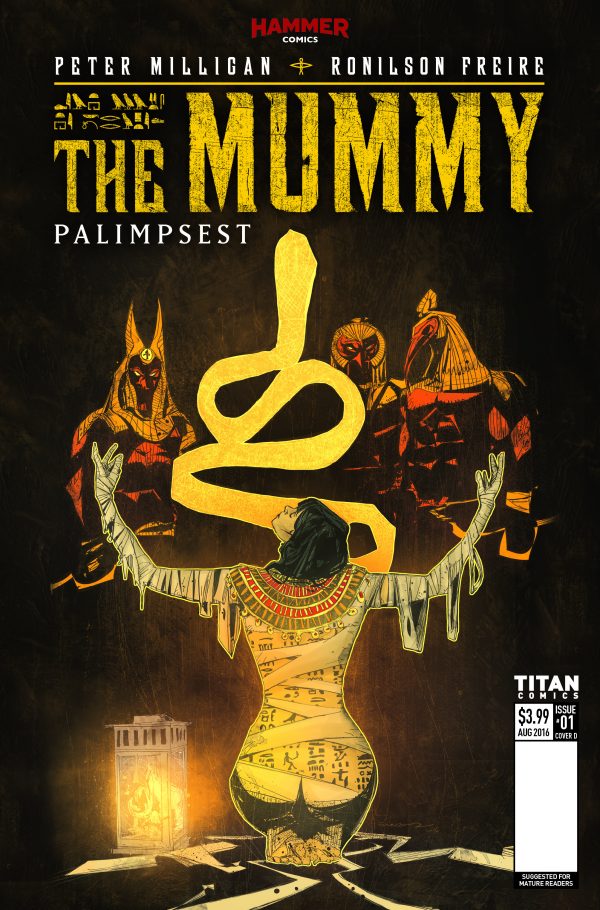 The Mummy stomps its way back to the spotlight

The Mummy: Palimpest #1 is a new book by Hammer Comics and Titan Comics, which has put a new twist on the mummy legend.

It is now time for a secret sect to try to bring back a powerful force, which is the spirit of Nebetah, daughter of the great Osiris. For centuries they have been searching for the prophesied female that would be able to contain such a powerful force. They are finally able to find her in the form of a young girl named Angel. Though it appears they have awoken something far more sinister then they may have bargained for.

As Angel struggles with her new powers another more benevolent group makes themselves known to also have an interest in the prophecy of Nebetah. Good or evil, which side will she chose?

Written by Peter Milligan, who is no stranger to supernatural storytelling, having written Shade the Changing Man, delivers a story that is reminiscent of horror classics of yesterday with a modern twist. The artwork by Ronilson Freire is so detailed and beautifully laid out that it really pulls you into the story and doesn’t let go. I can’t wait to see more of his work on this book! This is definitely one to pick up
especially for horror fans.