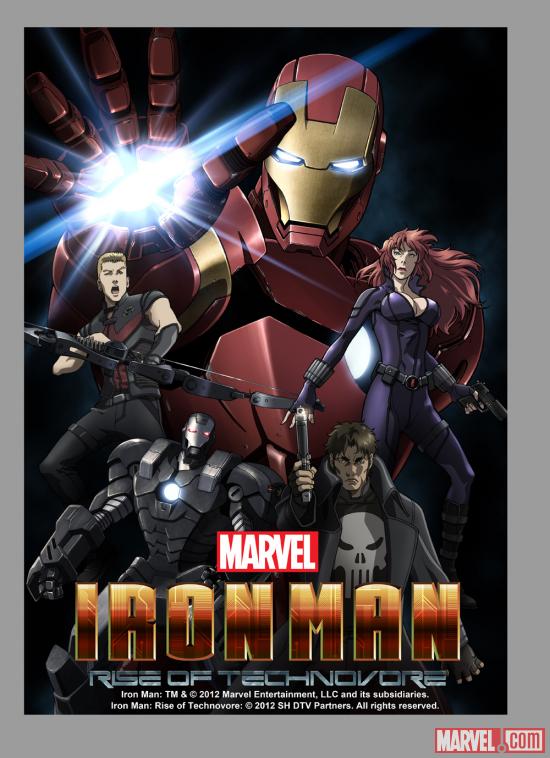 Get ready for more Marvel anime!

Marvel announced today on their website that a new, feature length anime is coming out in Spring 2013. Iron Man-Rise of Technovore. The film will put Iron Man against techno wiz Zeke Stane, and will have appearances by Black Widow, Hawkeye, War Machine and The Punisher! Check out the official word from Marvel below:

Marvel Entertainment and Sony Pictures Entertainment Japan announced today the return of iconic super hero, Iron Man, to the beloved world of anime in an all-new feature-length film, “Iron Man: Rise of Technovore.” Produced by Madhouse and currently in production in Japan, the film is slated for release on DVD in the spring of 2013.

“Marvel is excited to present an all-new Iron Man adventure featuring the high-tech adrenaline he is known for, in the beautifully rendered anime style of our friends at Madhouse,” said Associate Producer Megan Thomas Bradner. “We’ll get to see familiar Marvel super heroes such as War Machine, Nick Fury, Black Widow, Hawkeye and the Punisher, rendered in anime style for the first time. It’s a can’t miss for any Marvel fan.”