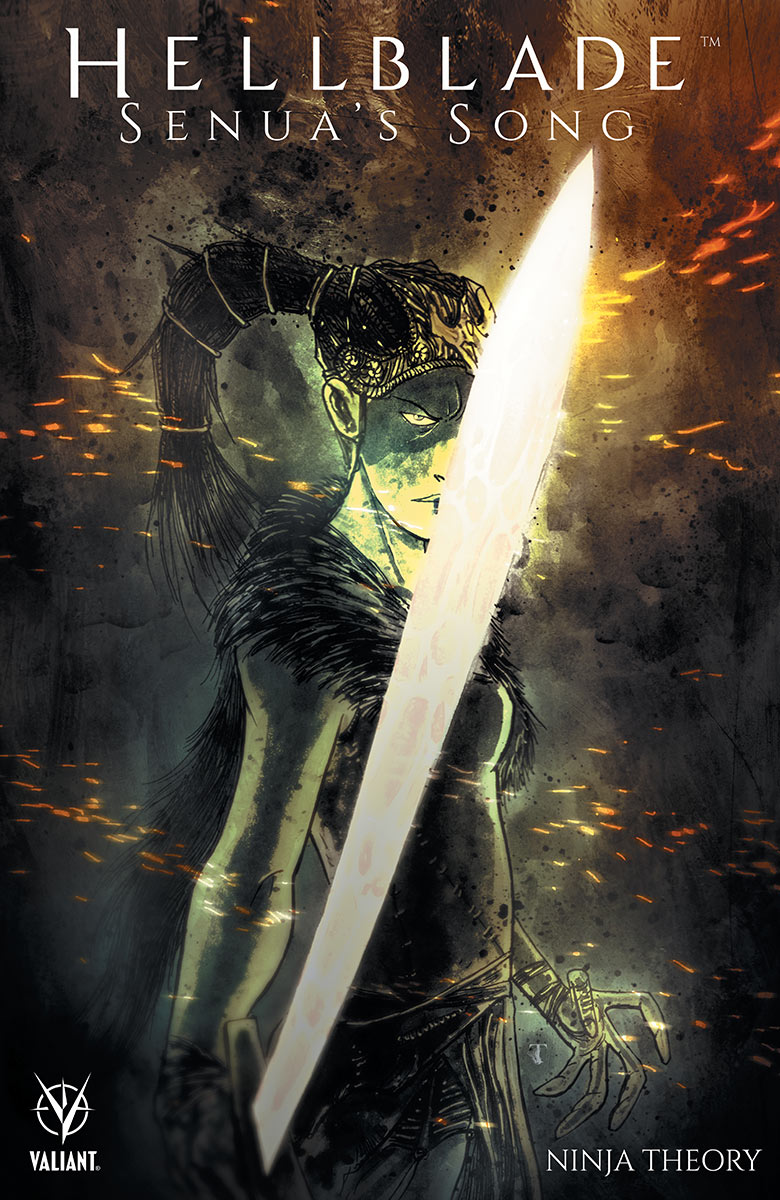 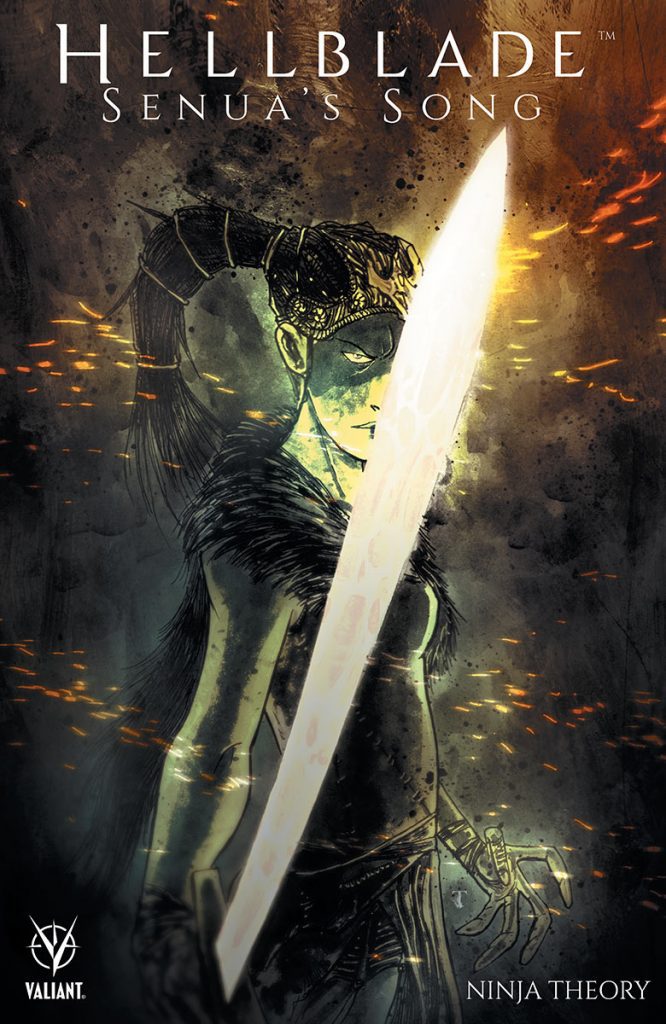 Hellblade gets the comic book treatment from Valiant and Ninja Theory

As revealed today at Mashable, renowned game development studio Ninja Theory and award-winning comic book publisher Valiant Entertainment are proud to announce that they have joined forces for Hellblade: Senua’s Song #1 – an exclusive Valiant digital comics short set in the mesmerizing and brutal world of Ninja Theory’s hotly anticipated adventure game. Written by Ninja Theory Co- Founder & Chief Creative Director Tameem Antoniades with art by multiple Eisner Award nominee Ben Templesmith, this first-of-its-kind collaboration between two of gaming and comics most acclaimed artistic forces is told in the form of a lavishly illustrated epic poem and will be available exclusively as a pre-order bonus for all orders of Hellblade: Senua’s Sacrifice placed on Steam and GOG.com before the game’s August 8th, 2017 release on PlayStation 4 and PC.

“Since Valiant and Ninja Theory’s paths first crossed, we realized that we are two creative organizations with very similar outlooks. We share a dedication to quality, creativity and giving our fans what they want. It has been fantastic to work with the talented team at Valiant to bring Hellblade: Senua’s Song to life in such a beautiful way,” said Ninja Theory Co-Founder & Chief Creative Director Tameem Antoniades.

“Ninja Theory and Valiant have been working behind the scenes for some time now, and we’ve had the chance to see the development process behind Hellblade up close,” said Valiant CEO & Chief Creative Officer Dinesh Shamdasani. “Not only is the experience deeply compelling, but, most importantly, Senua is a complex and captivating lead character whose journey is heartbreaking, inspirational and
revelatory all at once. We’re all fans and admirers of Ninja Theory here, and they share a creative POV with Valiant that is grounded in strong storytelling and deep characterization. We couldn’t be happier to contribute to Hellblade’s enthralling mythology in some small way, and we look forward to future collaborations.” 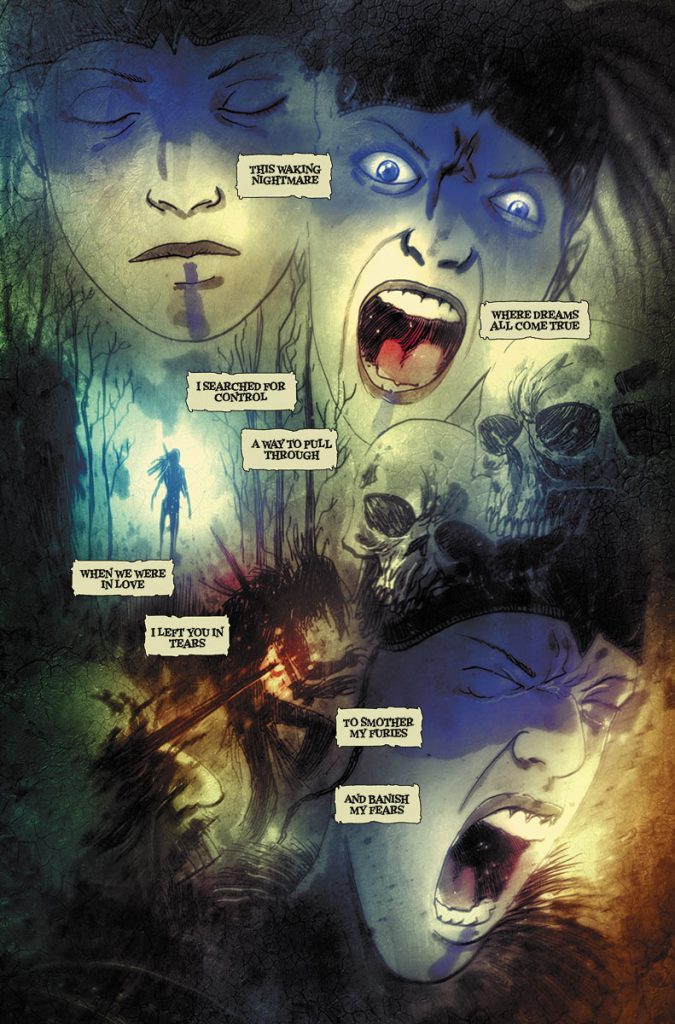 Hellblade: Senua’s Sacrifice comes from the makers of Heavenly Sword, Enslaved: Odyssey to the West, and DmC: Devil May Cry. It is the story of Senua, a traumatized Celtic warrior journeying into the Viking underworld of Hel. Created in collaboration with neuroscientists and people who experience psychosis, Hellblade: Senua’s Sacrifice will pull players deep into Senua’s mind.

Ninja Theory are proud to have worked with a long list of collaborators from creative industries outside of video games, including Andy Serkis (Lord of the Rings, King Kong, The Hobbit), Alex Garland (The Beach, 28 Days Later), Nitin Sawhney (BBC’s Human Planet), Noisia (Split The Atom) and Combichrist (Making Monsters). As well as partnering with talent from the world of music, literature and film, Ninja Theory pioneered the use of Performance Capture in video games. 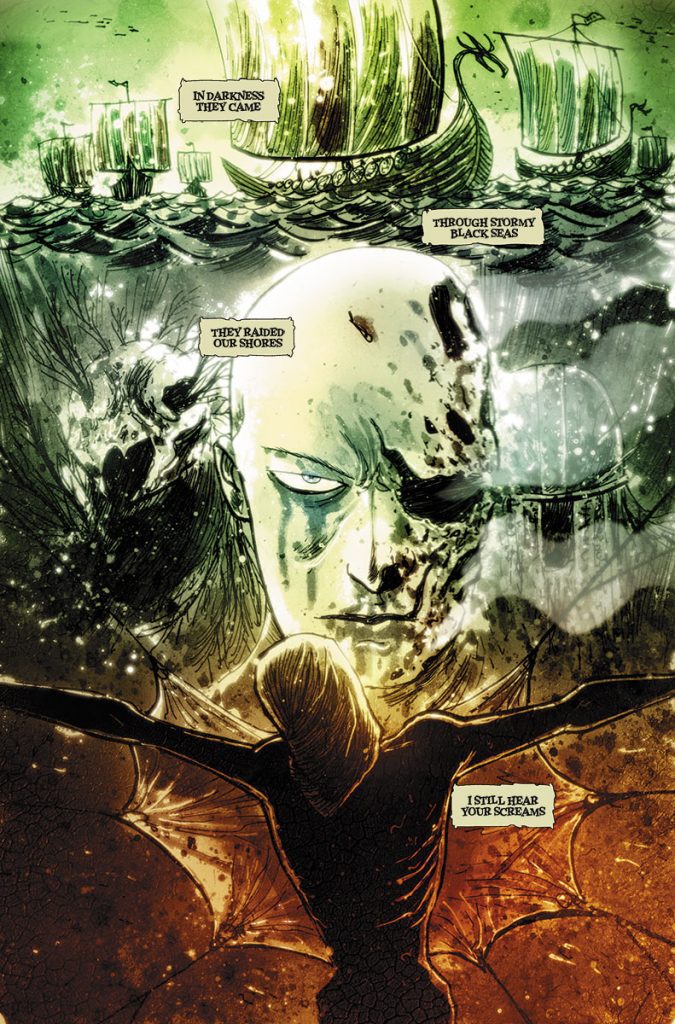 Originally founded in 1989, Valiant Entertainment is one of the most successful publishers in the history of the comic book medium with more than 80 million comics and graphic novels sold and the third largest library of superhero characters in all of entertainment. In 2012, Valiant roared back to the fore with a relaunch that quickly established itself as the biggest debut of a new comic book publisher in more than a decade. The resurgent Valiant was also awarded a coveted Diamond Gem Award for Publisher of the Year after just seven months – marking the fastest time that any new company had been named to one of comics’ highest honors – and has been repeatedly cited as one of the most talked-about and trendsetting forces in comics by preeminent media outlets including The Atlantic, Buzzfeed, The Guardian, The New York Times, People, The Washington Post, and dozens more worldwide. Consistently rated year over year as the most acclaimed comic book publisher in the industry today, Valiant has received hundreds of awards, nominations, and critical accolades, culminating in 2016 with a record-setting 50 Harvey Award nominations – the most ever received by a single publisher in the history of one of the comic book industry’s most prestigious awards.

Most recently, Valiant’s first major release of 2017 – the all-new X-O Manowar #1 by New York Times best-selling writer Matt Kindt and blockbuster artist Tomas Giorello – shattered sales records to become the year’s single highest selling independent comic book from any major publisher. Valiant has also announced a multi-picture deal to bring Bloodshot and Harbinger to the big screen as feature film franchises, the first of which is slated for release in 2018 from Sony Pictures.

Hellblade: Senua’s Sacrifice will be released on August 8th, 2017 for PlayStation 4 and PC and is currently available for pre-order on PC via Steam and GOG.com for $29.99/€29.99/£24.99. Visit Steam or GOG.com to pre-order your copy today and receive the exclusive Hellblade: Senua’s Song #1 digital comics short, produced in partnership with Valiant Entertainment and featuring the artwork of comics master Ben Templesmith.

Valiant Entertainment is a leading character-based entertainment company that Owns the largest independent superhero universe in comics. With more than 80 million issues sold and a library of over 2,000 characters, including X-O Manowar, Bloodshot, Harbinger, Shadowman, Archer & Armstrong, and many more, Valiant is one of the most successful publishers in the history of the comic book medium. Today, the company’s characters continue to be forged in publishing, licensing, film, video games, and beyond. Valiant consistently produces some of the most critically acclaimed comics in the industry and has received numerous industry awards and accolades, including a Diamond Gem Award for Comic Book Publisher of the Year. In 2015, Valiant announced a multi-picture deal to bring Bloodshot and Harbinger to the big screen as feature films. Visit them online at ValiantUniverse.com.