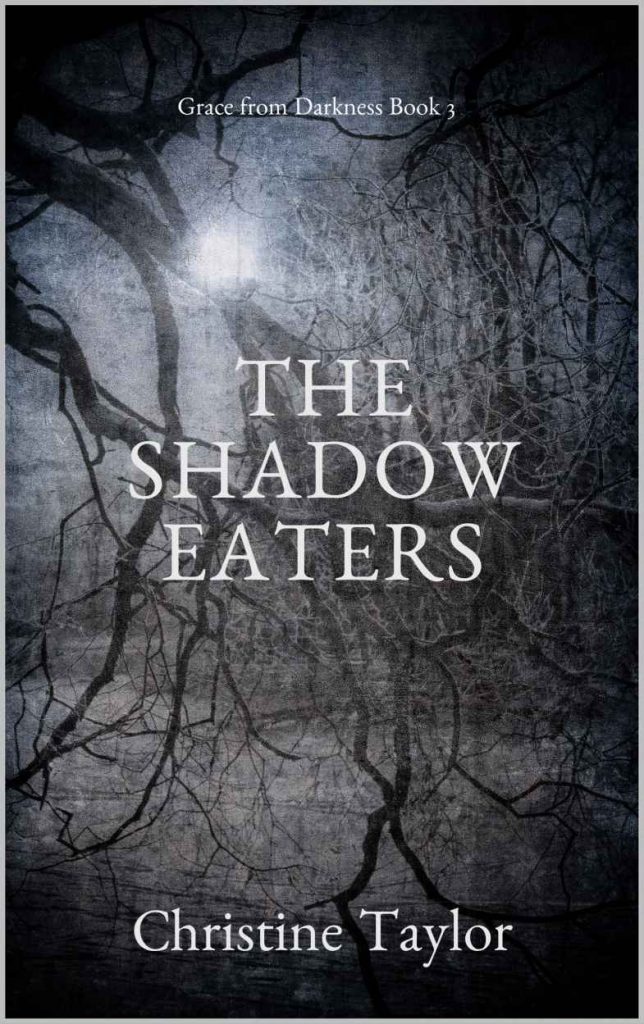 I am excited to share my first novel review for Pastrami Nation! First-ever, actually! Without any further ado, let’s get started!

The novel featured today is entitled “The Shadow Eaters,” written by Christine Taylor. It is the third installment of her “Grace from Darkness” series. The journey begins in the 1920s, in the Tennessean countryside. Our female lead, Grace O’Connell, is weeks away from marrying her fiance and Episcopalian priest, Father Justin Carey. The couple (accompanied by Grace’s son, Michael) are no strangers to the macabre. In previous novels, our characters have battled demons and monsters of lore. “Shadow Eaters” features wendigo and cave explorations, looking for the lost. The questions are: who are they, and where did they come from? More importantly, how will the group respond to their assailants? Will Father Justin and Grace be able to conquer these unearthly creatures and make it to their wedding day?

Before saying anything else, you must know that I love good vs. evil, eerie plots. Truly. The cover grabs your attention, even alluding to Taylor’s first and second novels in the series. Grace is a no-nonsense yet classy lady. Her sense of humor can dispel anxious atmospheres quickly. Her husband-to-be has gotten quite used to her stubbornness. He acknowledges that there is no stopping Grace from being a part of any spiritual battles, allowing her–albeit, sometimes reluctantly–to be at his side.

With historical fiction being one of my top favorite genres, “Shadow Eaters” does not disappoint. It’s abundantly clear that Taylor has done extensive research, with her use of decade appropriate vernacular, even representing British customs and speech. Weapons and cars also indicate her study of the time period. Most impressive is the knowledge on display regarding caves, the lives of miners–and their practices. And let’s not forget the legends and folklore of our antagonists: the wendigo. Intertwine such expertise and exquisite storytelling, and you’ve got a well written, entrancing narrative. Don’t let this one slip by you!

The “Grace from Darkness” series can be found via Kindle. Be sure to check out Taylor’s website for other fiction and non-fiction! http://doctorchris.org/books