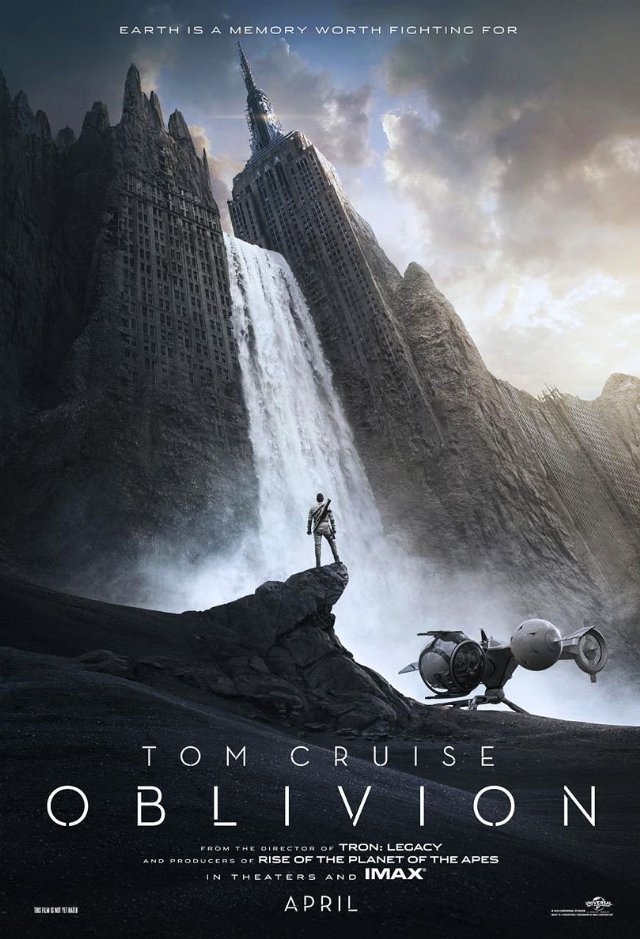 Check out the trailer for Oblivion, which is set for release this coming April. Starring Tom Cruise, the Joseph Kosinski directed film shows a war torn Earth, and one man looking for answers. Based on the Radical Studios graphic novel, which is set to hit shelves in 2014, here is the official synopsis, straight from Radical:

“Jack Harper (Cruise) is one of the last few drone repairmen stationed on Earth.  Part of a massive operation to extract vital resources after decades of war with a terrifying threat known as the Scavs, Jack’s mission is nearly complete.

Living in and patrolling the breathtaking skies from thousands of feet above, his soaring existence is brought crashing down when he rescues a beautiful stranger from a downed spacecraft.  Her arrival triggers a chain of events that forces him to question everything he knows and puts the fate of humanity in his hands.”

A couple of years ago, I picked up the Oblivion preview book at the Radical booth at the San Diego Comic Con and was very impressed by what I saw. I can’t wait to see this come to life on the silver screen, and with Cruise as the lead, this could be a sleeper hit in April. Check out the trailer below: