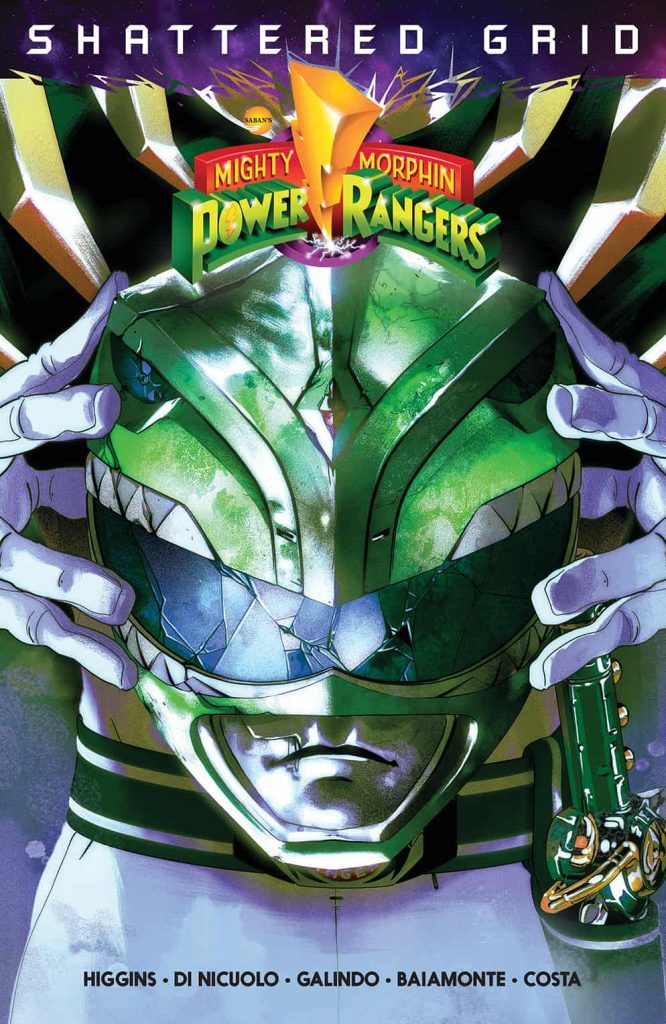 Following to conclusion of the largest, most ambitious Power Rangers event to date, Boom! Studios has united the Shattered Grid story into one fantastic collection.

The story follows several incarnations of the team. They are up against the villainous Lord Drakkon. Drakkon is an alternate universe version (aka Doppelgänger) of Tommy Oliver, the original Green Ranger. In this alternate reality, Tommy never left Rita for the good guys. He progressed as a villain and eventually became the most powerful foe any team of Rangers has ever faced.

This collection follows the adventures of several characters but focuses on the original MMPR team as they team up with more Rangers than ever before to battle the growing threat of Drakkon as he wreaks havoc through the Morphin Grid.

This ambitious adventure has been a massive success for Boom! Studios. This collection is a must-read for and Power Rangers fan or any fan of Science Fiction and action. There are some concepts in the story that only true Ranger fans will be familiar with, but even casual fans can easily follow and enjoy this from beginning to end.

Accompanying the exciting plot are some fantastic visuals. Daniele Di Nicuolo and Diego Galindo provide the stunning artwork that brings every hero and villain to life with many images that would make great posters.

A fascinating and ambitious collection that any fan will read over and over again!