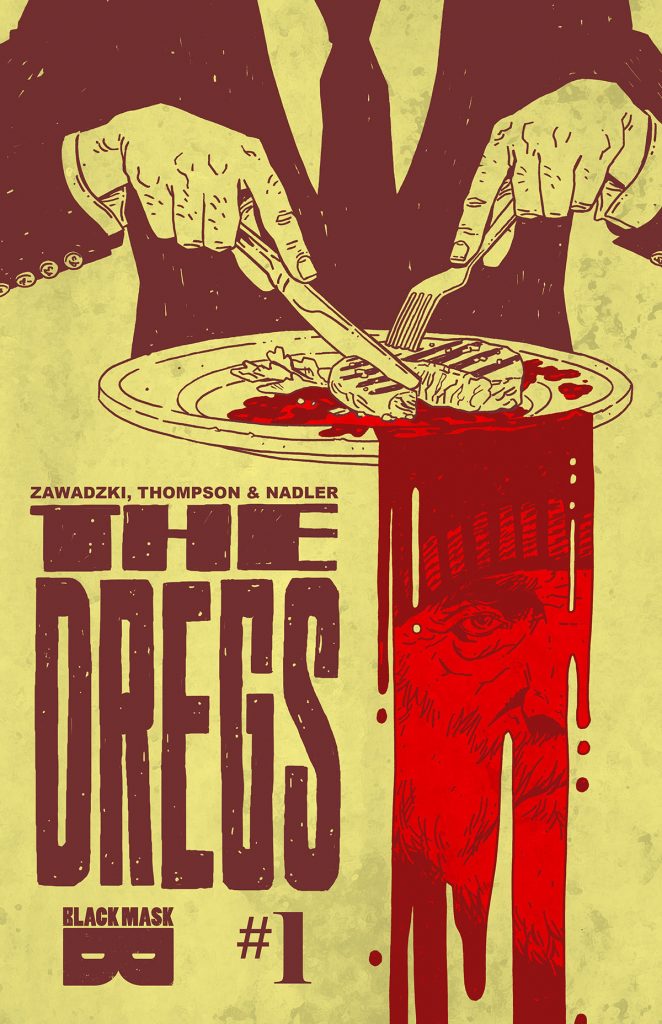 Black Mask set to release The Dregs #1 on Jan 25th

THE DREGS is a crime noir murder-mystery that takes place among the homeless in Vancouver during a period of gentrification, but in this sordid tale the gentrification is manifested as an upscale restaurant abducting homeless people to serve as a culinary feast for the most elite of foodies. It plays as a gripping horror mystery and also as an urgent metaphor, like a modern Sweeney Todd with a noir spin.

Zac, Lonnie, Eric, and Dee’s storytelling mixes well-wrought mystery, paranoia, and the madness of an unreliable narrator with a sharp, street-level message.

“The Dregs is the kind of story comics needs right now. It’s a reminder that the purpose of art isn’t just to make everyone feel good; sometimes it’s the job of art to grab us by the lapels and show us the things we choose to ignore. The Dregs does just that, and it does it very, very well.” – MICHAEL MORECI (Roche Limit)

“When reality is this grim, sometimes it takes a brutal tale of lost friendship and cannibalism to help make sense of it.” – VICE 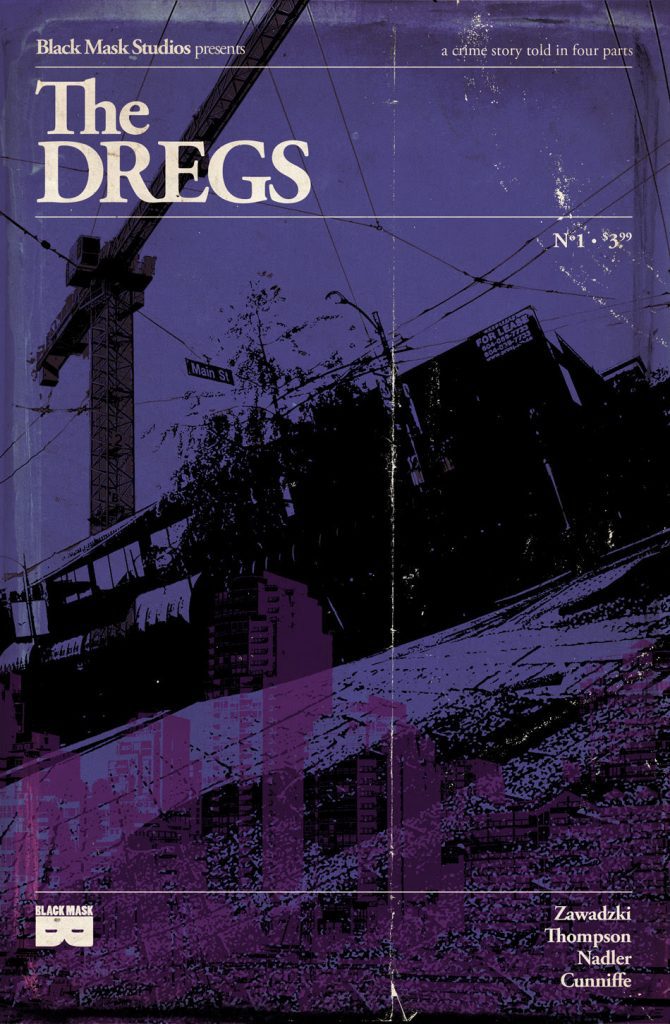 A gentrified city. Its homeless population restricted to six square blocks called The Dregs. When people start disappearing, a drug addled homeless man obsessed with detective fiction becomes addicted to solving the mystery. Equal parts Raymond Chandler and Don Quixote set in a thriving metropolis that literally cannibalizes the poor, The Dregs is the first homeless meta noir ever made.

“Smart formalist meta-noir set across a backdrop of homelessness and gentrification.” – CURT PIRES (The Forevers, Pop)

“Black Mask is known for bold and innovative comic books and this one is no different… this series features the classic struggle between the rich and poor but with a violent twist.” – MULTIVERSITY COMICS