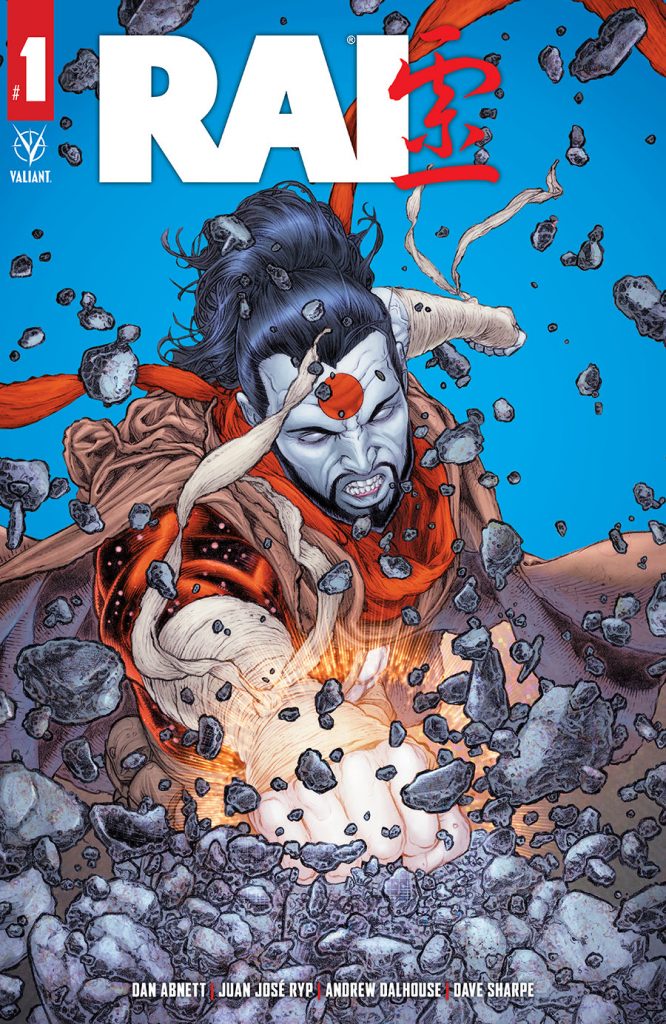 The quest of many cyborgs or machines in Science Fiction is to become more human. Rai is no exception. He was created for combat but longs to live a peaceful, human existence. But before he can do that, he has to tear through a post-apocalyptic world to prevent his malevolent father AI from returning and throwing the world into chaos. After that, rest and relaxation.

Joining him on this quest is his older “little” brother Raijin. Raijin is an early model Rai but resembles a child. These two are searching the Earth for 12 pieces of their father’s consciousness. If those 12 parts reunite, their father AI will be reborn. I am of the firm belief that despite Rai’s efforts, his father will be resurrected, and he will have a giant showdown with him. We will have to wait and see.

This was a fun story. I am not very familiar with Rai’s history, and you do not need to be to read this. Dan Abnett is able to find funny and creative ways to explain where Rai and Raijin have been and where they are going. Their mission looks like it will be a big adventure with lots of exciting stops along the way, likely leading to the big throwdown with Dad.

With this fun first issue also comes fantastic artwork. Juan Jose Ryp makes Rai look like a badass, but he is also able to make Raijin look harmless and badass at different points in the story!

This looks like the beginning of an epic story arc that will be full of adventure, humor, and humanity. I am looking forward to the second issue!