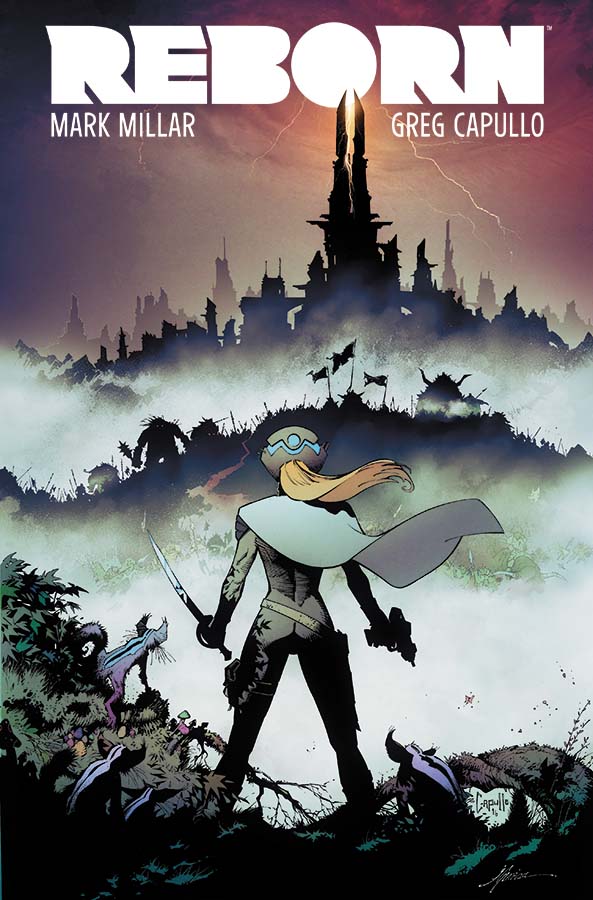 Reborn takes a look at a very different afterlife

Image Comics has been on an absolute roll as of late. That isn’t simply my opinion: converse with just about any comic shop owner out there, I bet that they cannot deny the quality books coming out of Image at this very instance. Mark Millar, the man known for awesome books like Kick Ass, Huck, Chrononauts, The Secret Service and more, is back, and has teamed up with one of my all time favorite artist, Greg Capullo, for Reborn.

What is Reborn? It’s a take on what the other side is like. A violent, bloody book with emotional bindings that will rip the band-aid off of your pain caused by the loss of loved ones. Bonnie is nearing the end of her life: an elderly woman who lost her husband to a sniper shooting, her best friend mere months ago, and now with her circle of friends and family being incredibly small. With the end comes the questions and doubts about what happens next, and for Bonnie, she believes it is nothing. There is no afterlife: she believe when we check out, we are done- book closed, that’s it, shows over. What Bonnie sees when she meets her end is anything but the end.

Capullo’s artwork dynamically draws the reader in to each and every scene- from the flashbacks of violence and death seen to Bonnie’s family to the chilling moments that add up to the end of life moment for Bonnie, to the drastic and imaginative world that stands revealed to a young, seemingly important Bonnie in a world of monsters, barbarians, axes and more. I’ve been impressed by Capullo since his days on Spawn, and I am simply blown away by his attention to detail, designs, and the ability to capture such raw emotions, panel to panel.

Millar has created a kick off book that almost guarantees a reader will at least be back for the second issue. With a moment that throws us for a loop and leaving us speechless, I can’t imagine anyone not wanting to at least see what happens next. Millar’s protagonist, Bonnie, is one of no faith, and is about to be shell shocked to what is next. The book has beautiful pacing, great characterization, and characters that we want to root for. What we are rooting for them to do is yet to be revealed, but I am completely on board for Reborn, and you should be too.