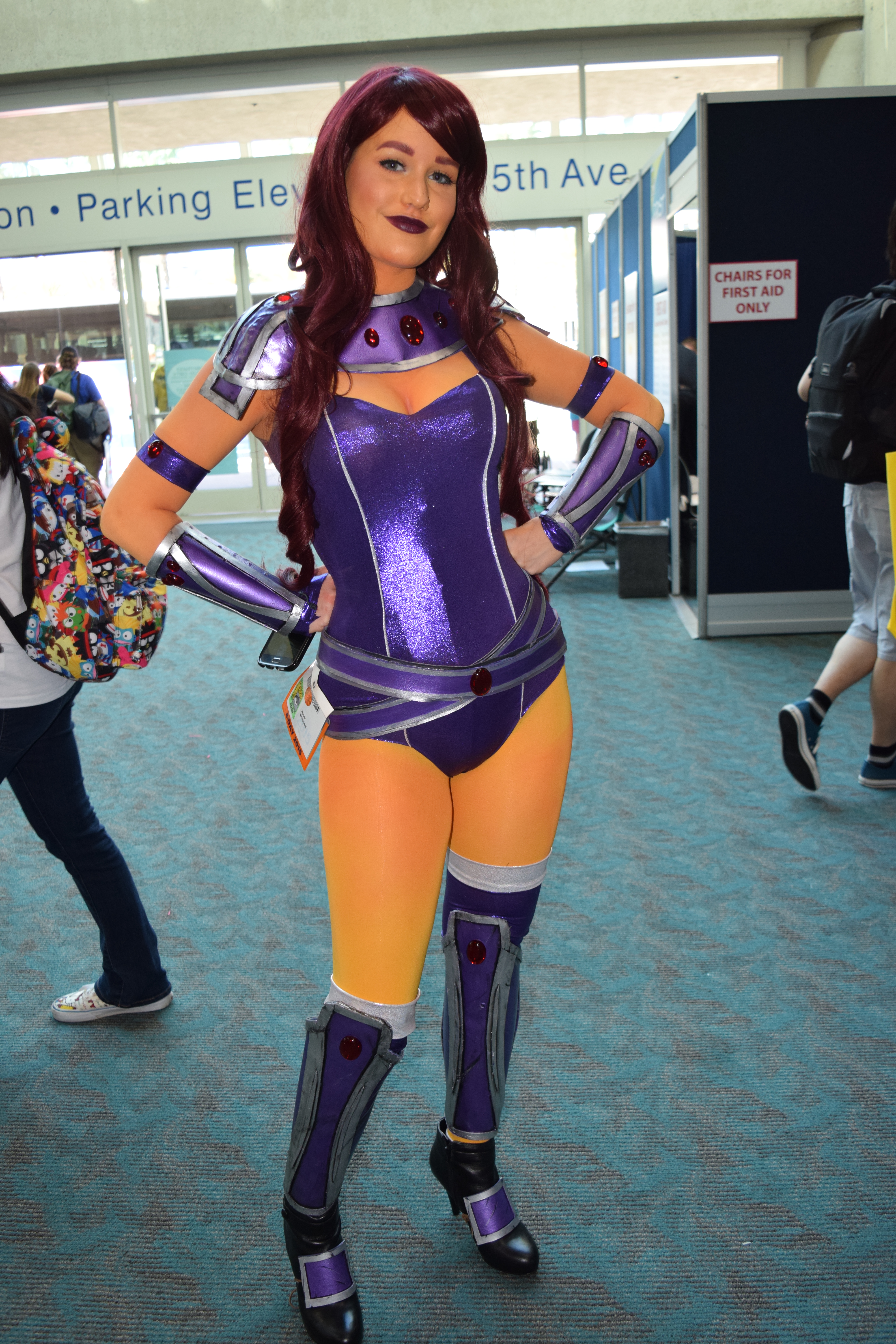 (San Diego)– Comic Con International- San Diego started off with a bang on Wednesday for Preview Night, and the crowds didn’t stop on a very packed and entertaining Thursday.

Comic Con attendees enjoyed the trademark So Cal weather we all know and love as they lined up for panels, autographs and chances to buy exclusive merchandise early… like really early. One High Desert resident stated he waited in line from 4:00 p.m. Wednesday for the chance to buy merchandise at Hasbro on Thursday morning; that’s dedication, and then some.

Highlights of the show include the troves of cosplayers, like the awesome Poison Ivy/Arrow duo, Kotobukiya’s Red She Hulk cosplayer to match their exclusive offered at the show, and tons more. But when you think about comic con, you think of collectibles, and their were tons. From the LEGO reenactment of the iconic cover to Action Comics #1, to a LEGO minifigure of the CW’s Arrow sidekick, Arsenal, to the elusive and sometimes violence enticing Stormtrooper figure from the new Star Wars film, Episode VII.

We even caught a glimpse of comic book writer extraordinaire Grant Morrison, author of the recently released comic book, 18 Days, as he was being interview on the docks of San Diego!

Check out the photos below and look for more coverage, including some great interviews, right here on Pastrami Nation!