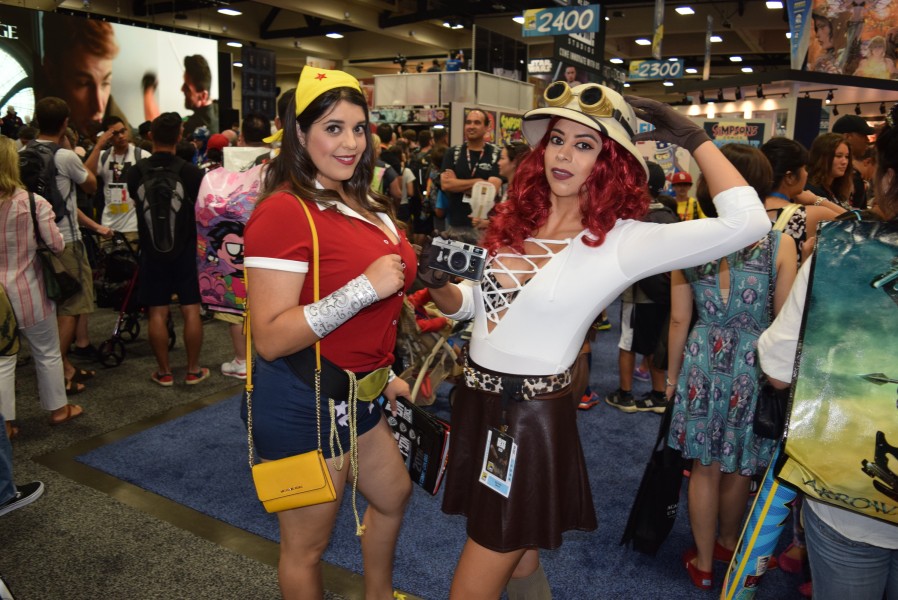 (Victor Valley)—In Southern California, the summer means vacation, beach visits, and the return of the San Diego Comic Con. Pastrami Nation will once again be covering the show all week, bringing you a ton of photos and information throughout the week.

Starting on July 19th and running through Sunday, the San Diego Convention Center will be transformed into the largest pop culture convention in North America. Fans from across the globe flock to Comic Con International: San Diego every year, and for a variety of reasons. For many, its to meet their favorite writers, artists and comic book publishers, or to meet their favorite actors and actresses. For many, it’s the chance to show off their cosplay.

This year, the programming scheduled is as impressive as ever. NBC will be hosting a panel on their brand new series, Midnight, Texas. AMC will be hosting a panel for their popular Fear the Walking Dead television show. Of course, the flagship show for AMC, the original The Walking Dead, will also have a panel, complete with fan favorites like Norman Reedus and Jeffery Dean Morgan. The ever popular cartoon Rick & Morty will be holding a panel as well, complete with series creators and voice actors, just in time for the debut of their long awaited third season.

During Comic Con, one of the most well known comedians will once again be hosting his show in the heart of San Diego as Conan O’ Brien and Team Coco will be filming at the Spreckles Theater. Conan has become a staple at Comic Con, and his shows, which offer free tickets, always immediately sell out.

Exclusives are always a big part of the convention, and this year is no different. Top exclusives to look out for this year include a variant costume Deadpool One: 12 figure from Mezco Toys. Graphitti Designs. Image Comics, IDW, and other publishers have quite the line up of exclusive comic books, made specifically for the convention as well.

But the convention is only the beginning, with a variety of companies setting up interactive attractions inside the Gaslamp District, like Amazon and their set up for the upcoming Amazon Prime series, The Tick. There will also be an offsite Doctor Who fan event, which is fitting as the latest Doctor was just revealed: with Jodie Whittaker becoming the first ever female Doctor.