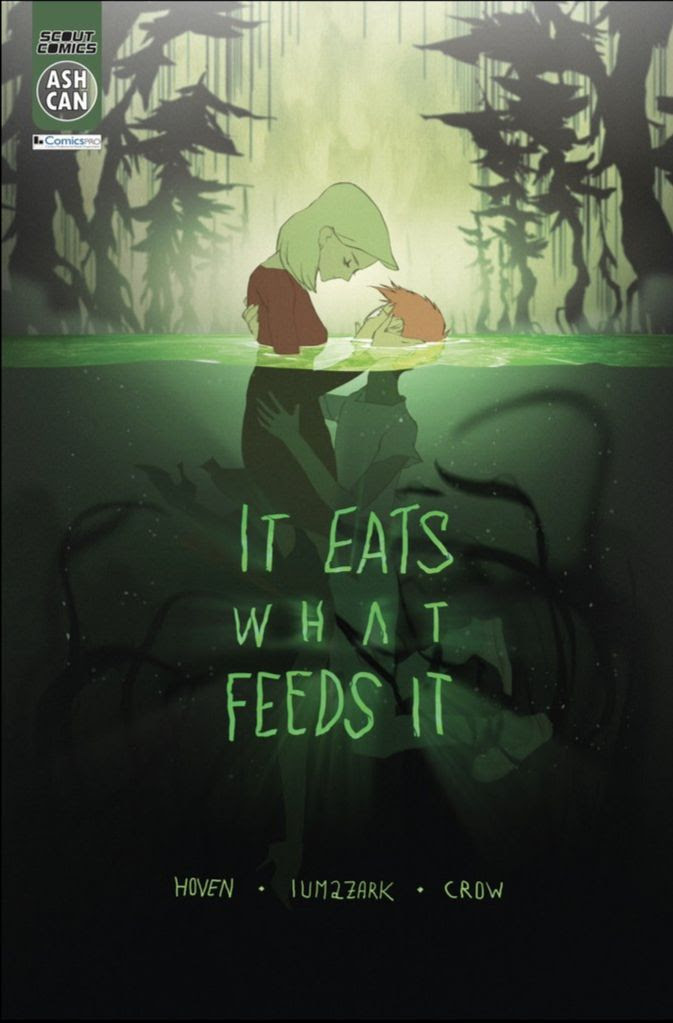 Scout Comics has announced It Eats What Feeds It, a brand new three-issue mini-series written by Max Hoven & Aaron Crow (Fall Peak) and illustrated by Gabriel Iumazark (The Last Broadcast), that is howling with love and terror.

What’s it about? Here is straight from Scout: “The goofy teenage caretaker of an eerie mansion must ignore the monstrous howls coming from the attic when he falls in love with the home’s owner: an alluring older woman.”

Francois, a stunning middle-aged woman, has developed a worsening affliction and needs a young caretaker to upkeep her lavish creole mansion deep in the mystic bayou of Louisiana.  Kenny, a teenage halfwit, looking for a summer job, happily falls right into her lap. Blinded by her beauty, Kenny accepts her offer but ignores the fact he’s required to slide raw meat into a slot on the bolt-locked steel-plated attic door he’s restricted access to.

As Kenny’s adoration becomes love, Francois’s health begins to plummet, forcing Kenny to learn the truth about her secrets before either of them is prepared.

“Since Crow and I brought the script to Gabriel over a year ago, It Eats What Feeds It has grown from a fun little horror story to a striking work of art,” said writer Max Hoven. “Watching him bring these wild characters to life has been magical and I’m honored to debut the series on the Scout label.”

“When I first saw IEWFI’s script, I instantly fell in love,” said artist Gabriel Iumazark. “It’s a mix of everything I wanted to work with. There’s horror, romance, and a lot of swamp. Scout is the perfect partner to tell this story.”