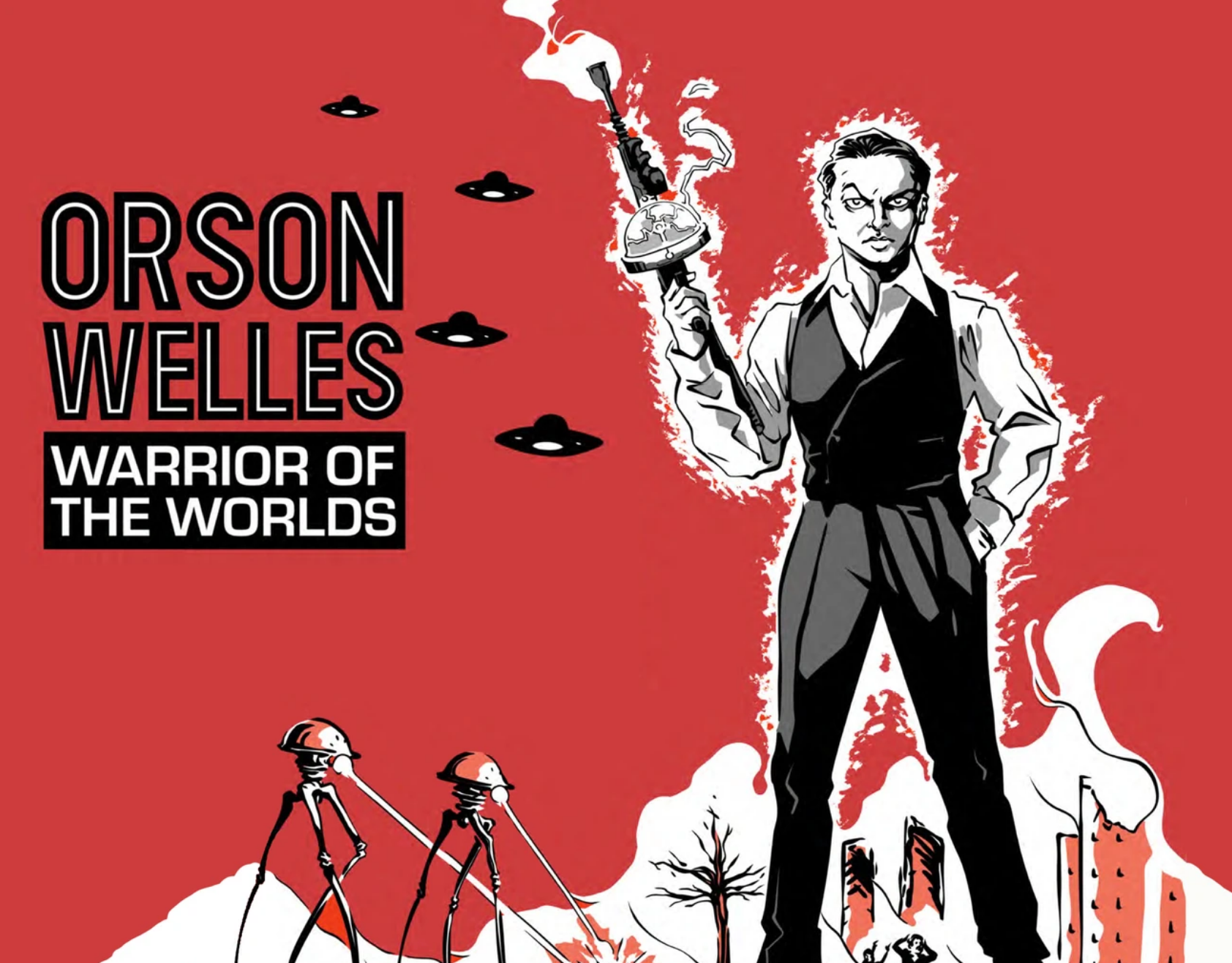 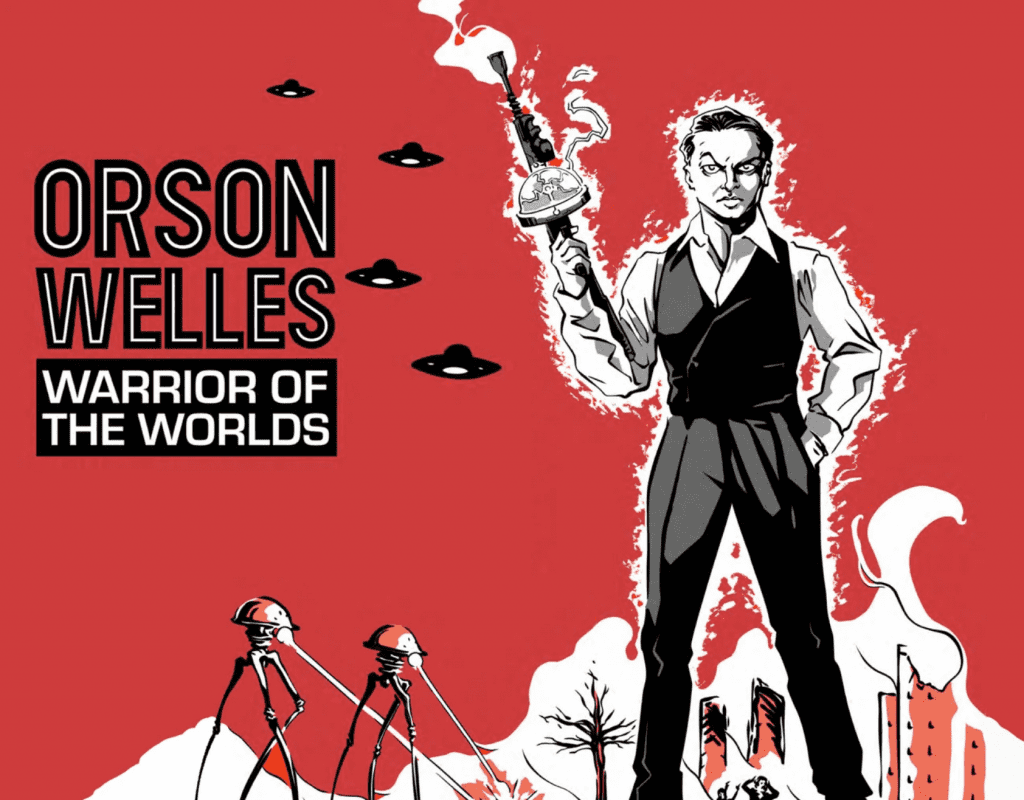 Famed entertaining and filmmaker Orson Welles spent a lifetime thrilling the world with fantastical tales, little did we know, some of them were true…

Welcome to Orson Welles: Warrior of the Worlds, coming soon from Scout Comics.

From writer Milton Lawson (Thompson Heller: Detective Interstellar, Roger Ebert and Me) and artist Erik Whalen (Spirit Drifters, Dis Connect), Orson Welles: Warrior of the Worlds is a graphic novel series with the premise that Orson Welles’s legendary War of the Worlds radio broadcast was not a prank: an alien invasion really happened. After Welles’s first interaction with aliens, he joins an organization that defends Earth from extraterrestrial threats and lives a double life as a film director by day, alien-hunter by night.

The structure of the story is inspired by Citizen Kane. When Welles dies, he leaves Paula, a lifelong friend and filmmaking collaborator, a clue that leads her to search for answers to many mysteries Welles left behind. Paula quickly finds herself in over her head, as the irresistible lure of adventure, puts her on a path the leads to secret government agencies, laser guns, and powerful alien technology.

Film lovers will find several easter eggs and Welles aficionados will notice thematic parallels between our alien-hunting warrior and the maverick film director.

“I’m a devoted cinephile and a long-time fan of Orson Welles, it’s a dream come true to be able to tell a story starring Welles. I’m thrilled by the opportunity to work with Scout Comics. METALSHARK BRO and CANOPUS are comic titles that have inspired me with their inventiveness and ability to use the comics medium to tell imaginative, original stories.” -Milton Lawson