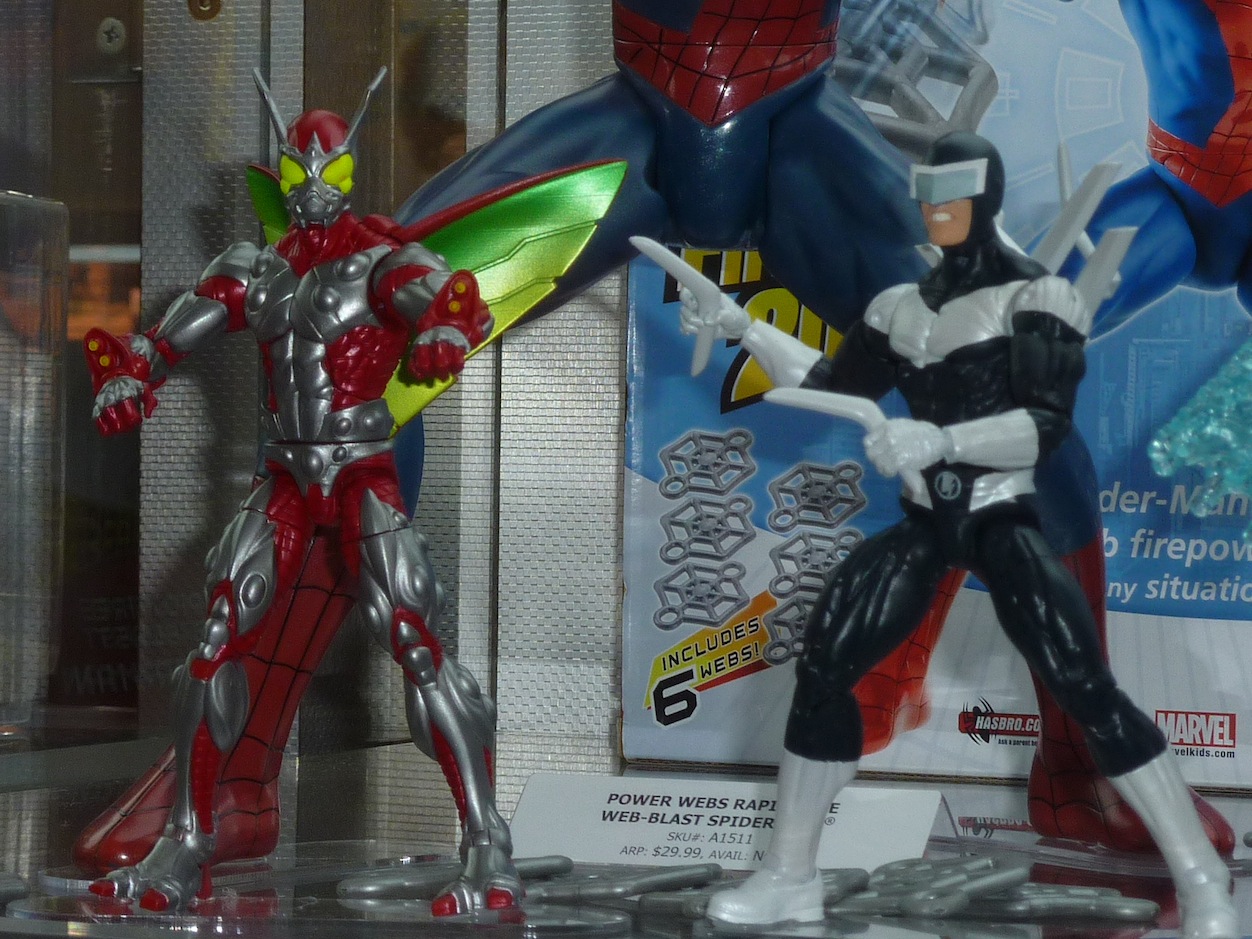 Hasbro packed a punch when it came to their Marvel Legends and Marvel Universe lines (now known as Avengers) on display at the San Diego Comic Con. For Marvel Legends, we now know that the last build a figure for the year will be Jubilee, and that we are getting a new Marvel NOW Thor, Blizzard, Radioactive Man, Flash Thompson Venom, Tiger Shark, Songbird and more. From the Captain America: Winter Soldier lineup, we are getting Cap, Black Widow and the Winter Soldier from the film, as well as a Marvel NOW Captain America and Baron Zemo.

For Marvel Universe, Black Knight is coming, as is Northstar, Aurora, Nightcrawler, Omega Red and more. And that Devil Dinosaur in the display case? Not coming…yet. It all depends on the sales of the line, at least that’s the word around the booth. Check out more pictures after the jump!