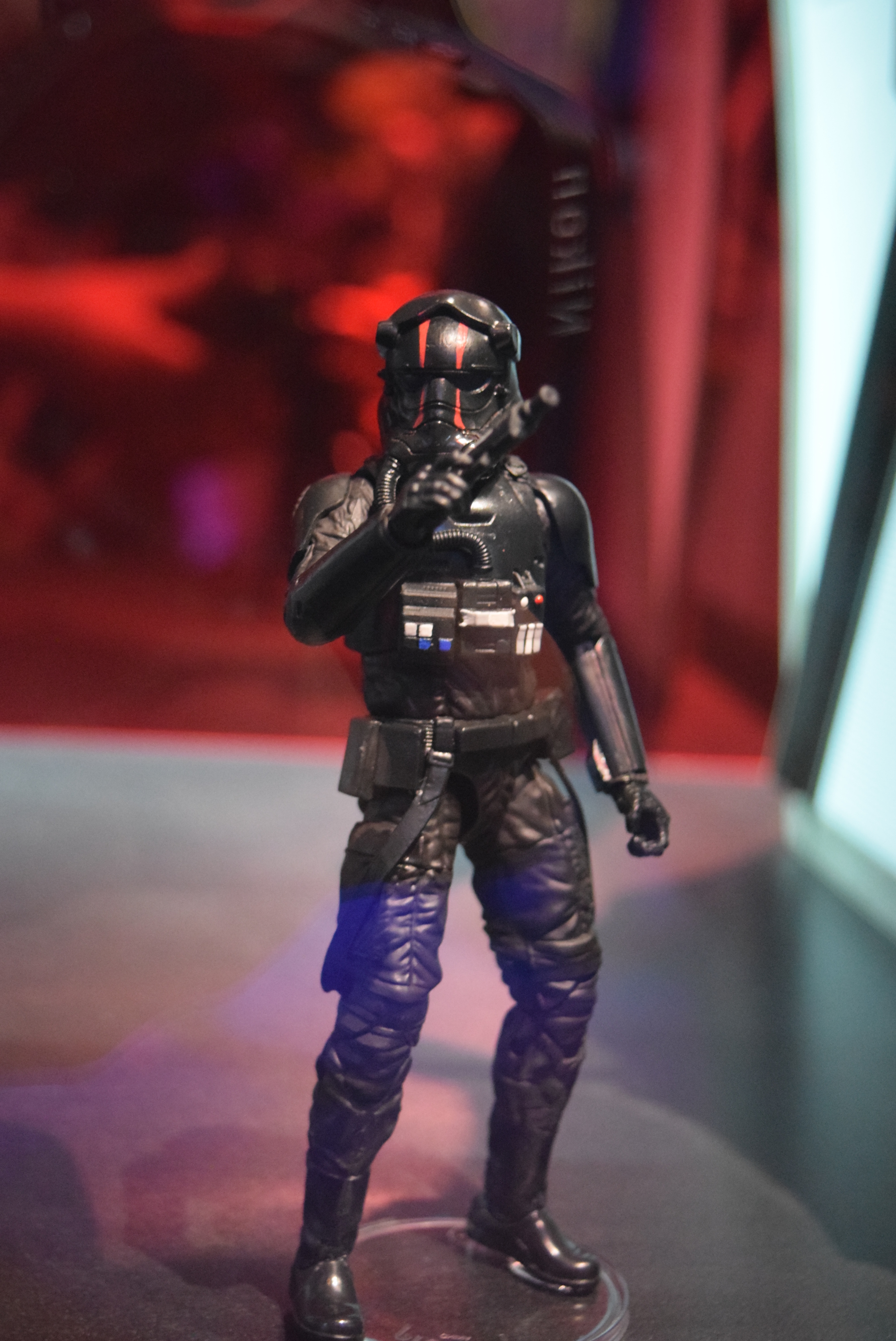 Hasbro showed off some amazing pieces at the San Diego Comic Con, and the Star Wars side of the booth brought the crowds. Their six inch Star Wars Black Series was the main focus, with new reveals such as Kanan from Star Wars Rebels, Ashoka, Jango Fett, a massive Tie Fighter and pilot, and the Luke Skywalker everyone has been waiting for: the Moisture Farmer version.

Check out the pics below!