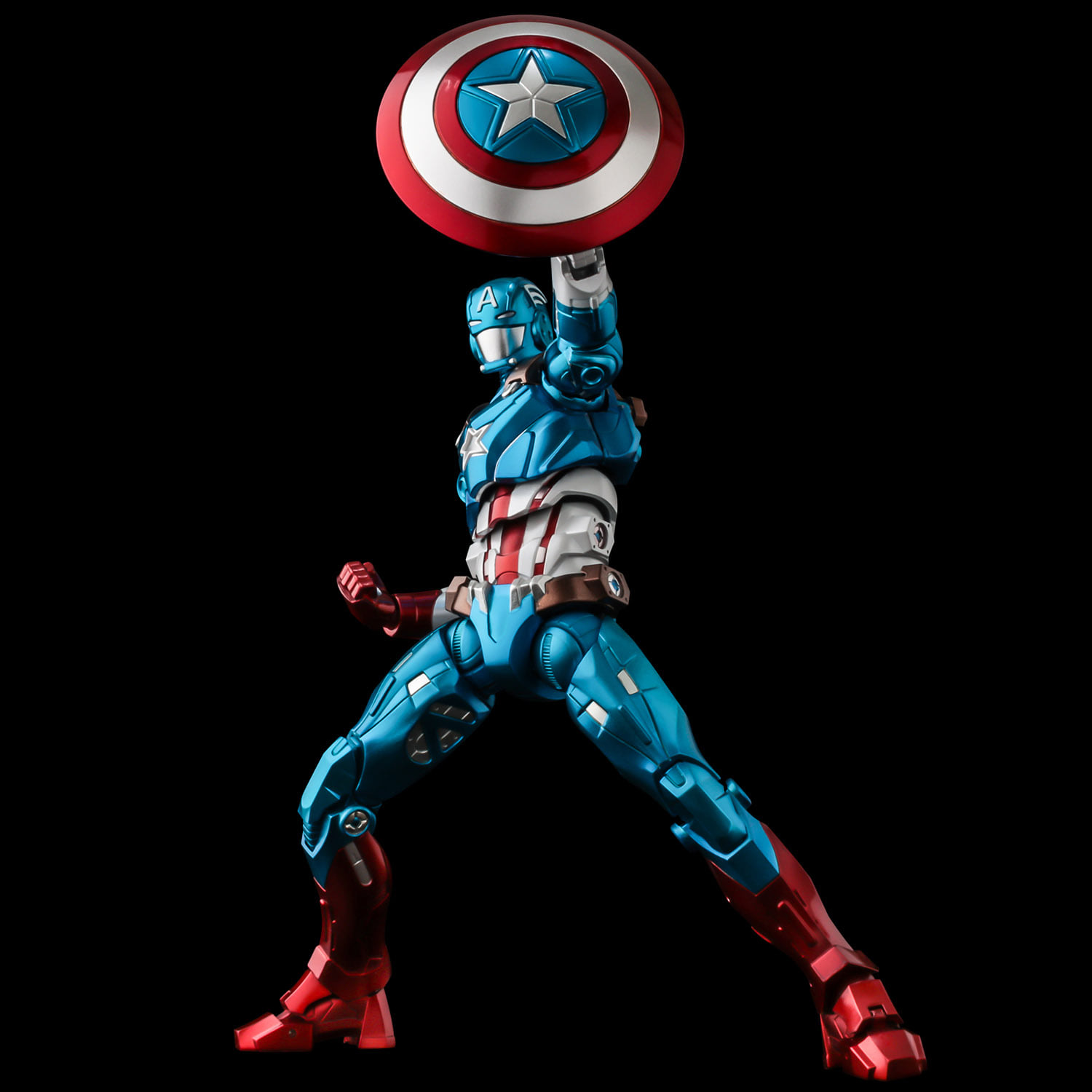 What if… Tony Stark integrates each of the Avengers super power into an armor? Captain America comes as the third character of a whole new action figure series “Fighting Armor” by Sentinel! Shipping May 2021.

Designed by Mitsunari Daitenfu with Hiroyuki Komatsubara in charge of prototype production and direction, this Captain America figure was molded, sculpted, and painted with the human body in mind.

His iconic shield can be attached to the back or held in his hands, posed on the included figure stand for action scenes.