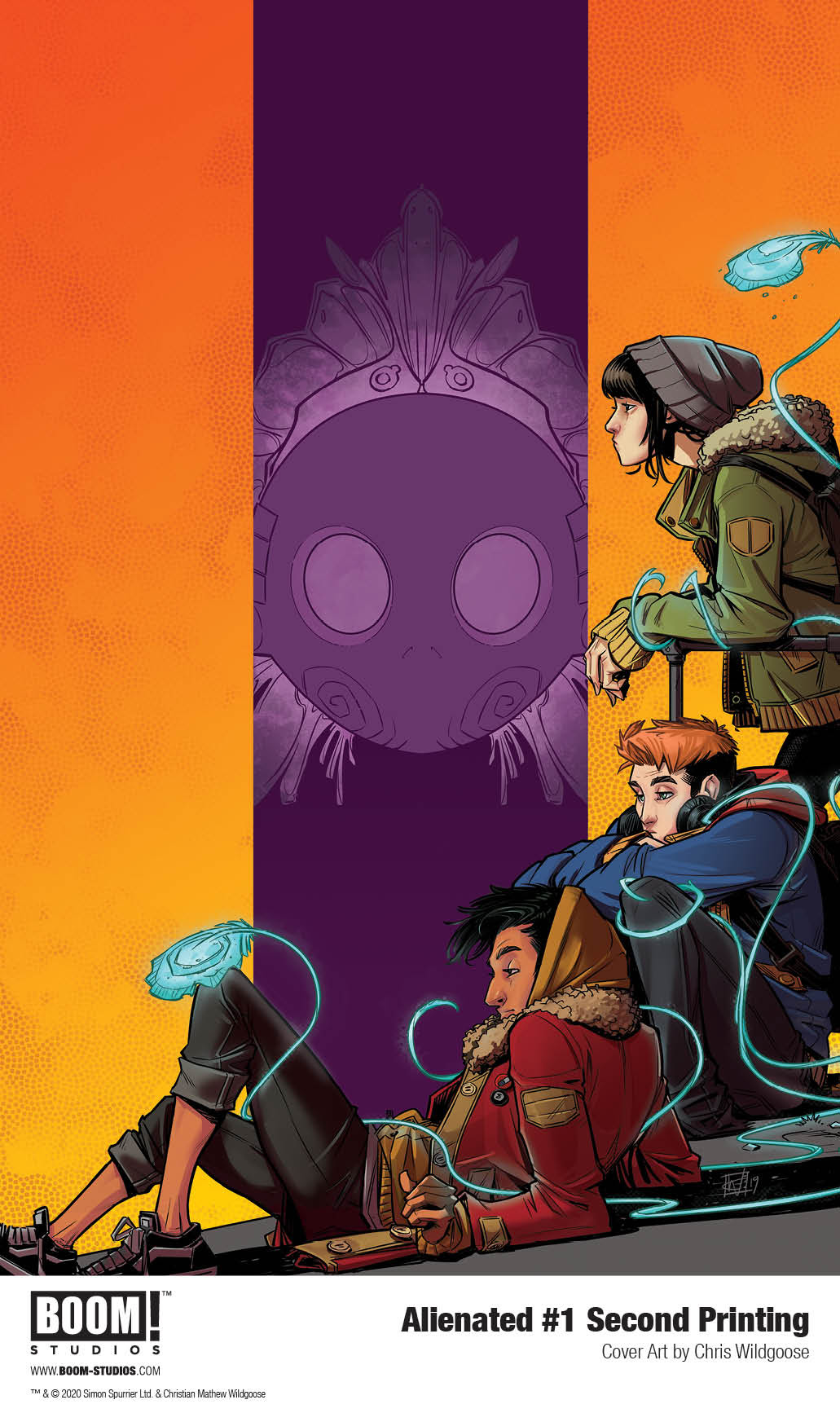 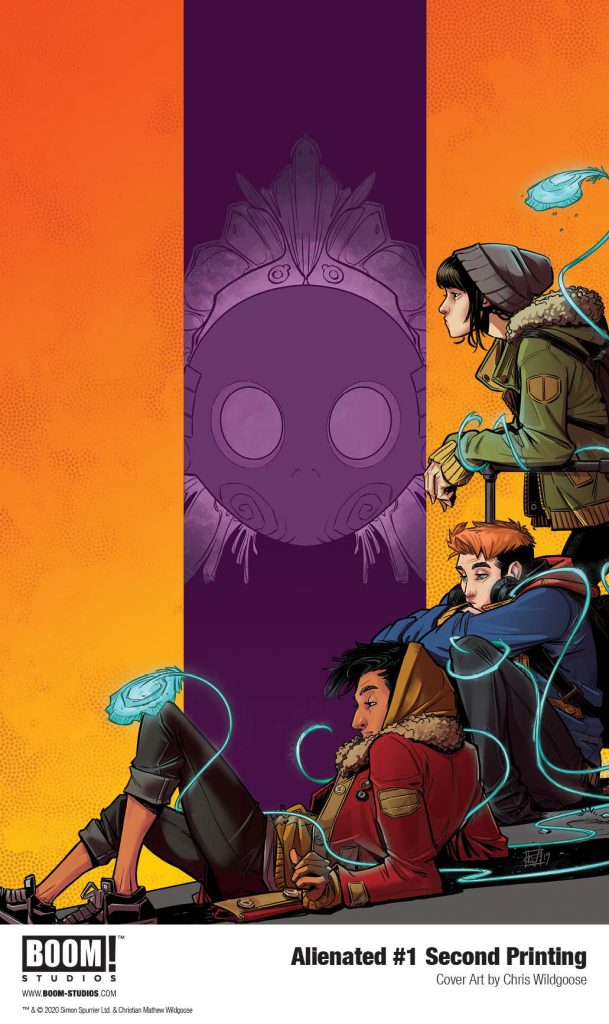 BOOM! Studios announced today that the first printing of ALIENATED #1, the premiere issue of the new original series from acclaimed writer Simon Spurrier (John Constantine: Hellblazer, Coda), artist Chris Wildgoose (Batgirl, Batman: Nightwalker), colorist André May, and letterer Jim Campbell has sold out at the distributor level. ALIENATED is the subversive coming-of-age story about having all the power to change the world but the unready hands to truly wield it,

In order to meet the overwhelming demand from retailers and fans, BOOM! Studios has fast-tracked ALIENATED #1 SECOND PRINTING to arrive in comic shops on March 3, 2020. This second printing will feature new cover art by Wildgoose. Quantities are limited and allocation may occur.

Three teenagers, each an outcast in their own way, stumble upon an unearthly entity as it’s born. As they bond over this shared secret and the creature’s incredible abilities, it becomes clear to the teenagers that their cute little pet is a predator in the making—and it’s in need of prey. Guided by the best intentions at first, the teens’ decisions soon become corrupted by adolescent desires, small town jealousies, and internal rivalries, sending them into a catastrophic spiral of their own making.

“With such an incredible team of creators involved, it’s no wonder ALIENATED has fans, fellow creators, and retailers so excited for its debut,” said Filip Sablik, President, Publishing and Marketing, BOOM! Studios. “And it’s due to that excitement and passion that we are proud to announce the second printing of issue one, giving everyone a chance to dive straight into this compelling new series from the very start.”

You can view the trailer here: ALIENATED #1 Trailer

ALIENATED is the newest release from BOOM! Studios’ eponymous imprint, home to critically acclaimed original series, including Once & Future by Kieron Gillen and Dan Mora; Something is Killing the Children by James Tynion IV and Werther Dell’Edera; Faithless by Brian Azzarello and Maria Llovet; Abbott by Saladin Ahmed and Sami Kivelä; Bury The Lede by Gaby Dunn and Claire Roe; Klaus by Grant Morrison and Dan Mora; Folklords by Matt Kindt and Matt Smith; The Red Mother by Jeremy Haun and Danny Luckert and the upcoming King of Nowhere by W. Maxwell Prince and Tyler Jenkins. The imprint also publishes popular licensed properties including Joss Whedon’s Firefly from Greg Pak and Dan McDaid; Buffy the Vampire Slayer from Jordie Bellaire and David López; Angel from Bryan Edward Hill and Gleb Melnikov; and Mighty Morphin Power Rangers from Ryan Parrott and Daniele Di Nicuolo.

Print copies of ALIENATED #1 FIRST PRINTING will be available for sale February 12, 2020 exclusively at local comic book shops (use comicshoplocator.com to find the nearest one) or at the BOOM! Studios webstore. Digital copies can be purchased from content providers, including comiXology, iBooks, Google Play, and Madefire.

For continuing news on ALIENATED and more from BOOM!, stay tuned to www.boom-studios.com and follow @boomstudios on Twitter.