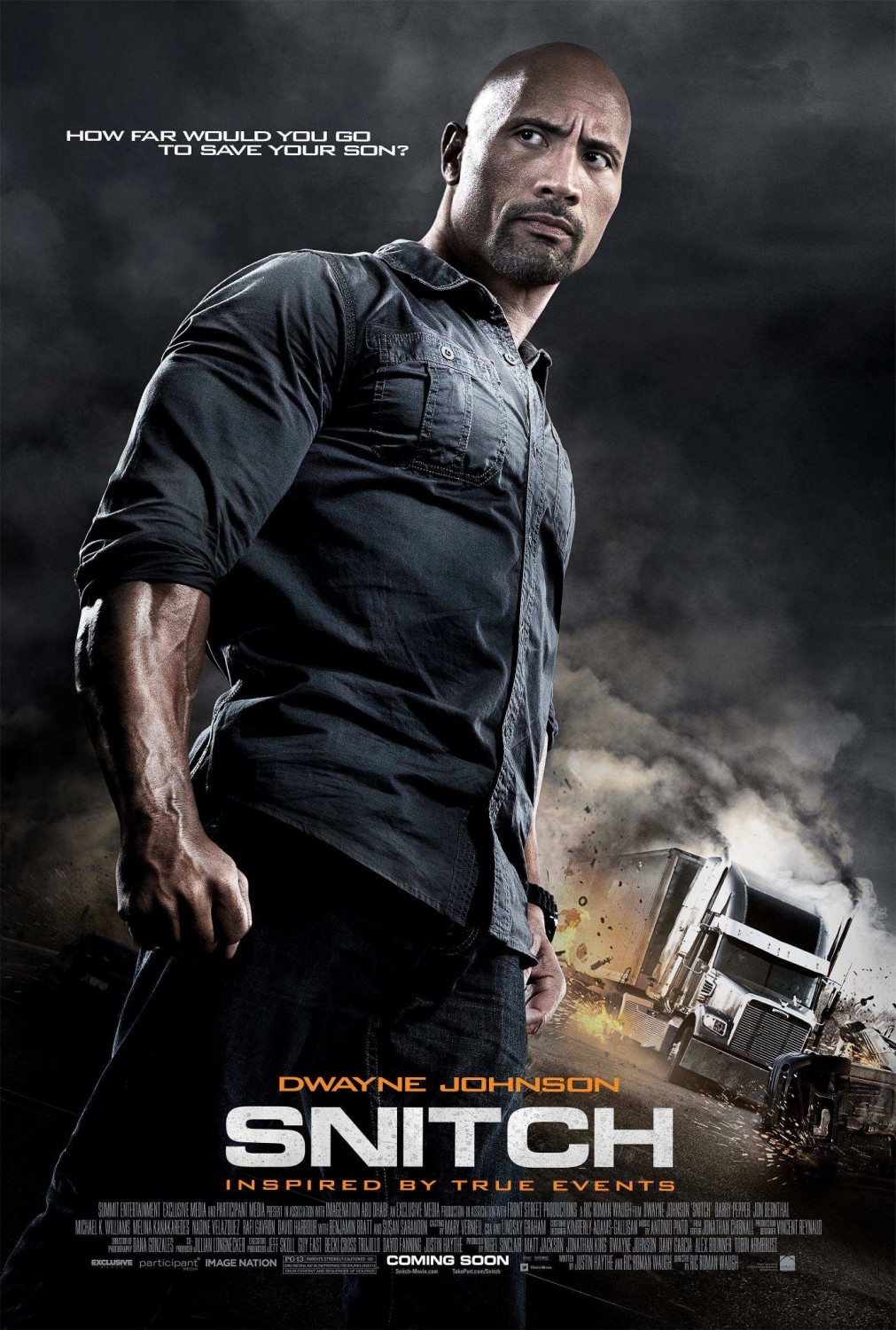 (Hesperia) When it comes to Dwayne “The Rock” Johnson being in a film, audiences usually have a good idea on what to expect: an all out action flick, a hero who talks with his fists rather than words. A real popcorn action flick is what the star is known for. Snitch is not that type of a movie, and it’s for the better.

Based on the real life occurrences featured in the Frontline documentary, Snitch is a crime drama, one that pulls you in from start to finish. John Matthews (Dwayne Johnson) is a dad faced with an impossible task: getting his son out of prison, who was arrested on drug charges. This prompts the pro-active dad to make a deal with a US attorney (Susan Sarandon), where he offers himself as a way to find drug dealers and snitch on them, which will fulfill the deal and reduce his son’s sentence. Matthews would have no clue on where to start looking if not for an employee of his, Daniel (Jon Bernthal). Danger is around every corner, as drug dealers are cartel bosses all get pulled in to one man’s plans to save his son.

This film is a drama, plain and simple, which is something we are not used to seeing the action hero Johnson in. However, this film hits every high mark, showing that the current WWE Champion can do more than beat up people and blow things up. But the real show stealer here comes from Daniel, played by Jon Bernthal. Bernthal should be a familiar face to many, as he played Shane in AMC’s runaway hit series, The Walking Dead. It is Bernthal who gives us the most action in the film, showing that he has the acting chops to help carry a major theatrical release.

Out of 2013 so far, I would have to say that Snitch is the best film this year. Though light on the action, the film is full of intrigue, suspense, and will have you guessing until the end. Dwayne Johnson delivers a stellar performance, and Jon Bernthal delivers the breakout performance of 2013 thus far. Go see it while it is still in theaters, you won’t be disappointed.