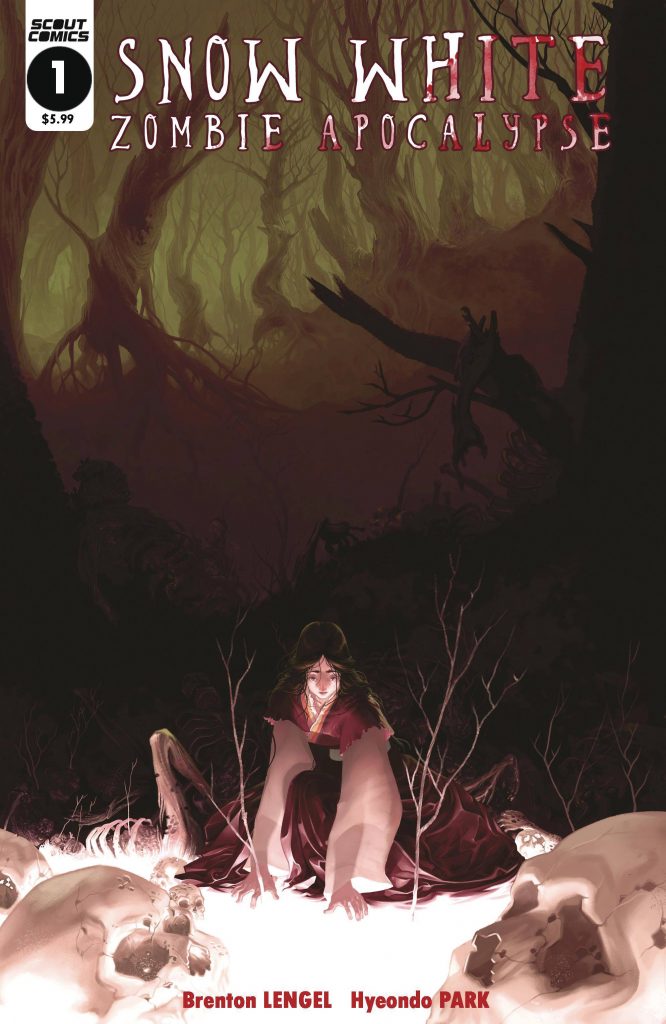 Sometimes you order a book strictly off the cover and title. That was the case for me when I saw Snow White Zombie Apocalypse from Scout Comics. I order the book by only the cover and title and having faith in Scout’s ability to deliver fantastic indie books. What I got was far better than I expected.

By writer Brenton Lengel with art by Hyeondo Park and Jio Butler, this book is going to end up being a sleeper hit. The book opens with a version of Little Red Riding Hood and steps on the gas from there! I don’t want to give anything away, but I will say that we see quite a few fables and tales come into play, and Snow White isn’t the only heroine; in fact, she isn’t even the main one. The book is dark, yet vibrant at times with the colors used, which really pops off the page. The character designs are amazing, and the wolf is something I have never seen but makes perfect sense for the story.

With a cast of Snow White, Rapunzel, a prince, and the undead, I hope we see more of this story and soon. Lengel has mashed the world of fairy tales and horror into something amazing. I love the characterization we get, from Rapunzel’s tough demeanor to the almost air-headed nature of Snow White. The book looks terrific as well- the fight scenes have such energy, the colors are done so well- I have a hard time finding fault in this one-shot book.

Tell your comic shop that you want this book! Snow White Zombie Apocalypse is going places; whether it’s a yellow brick road or the road to hell, I’m on board for the ride.