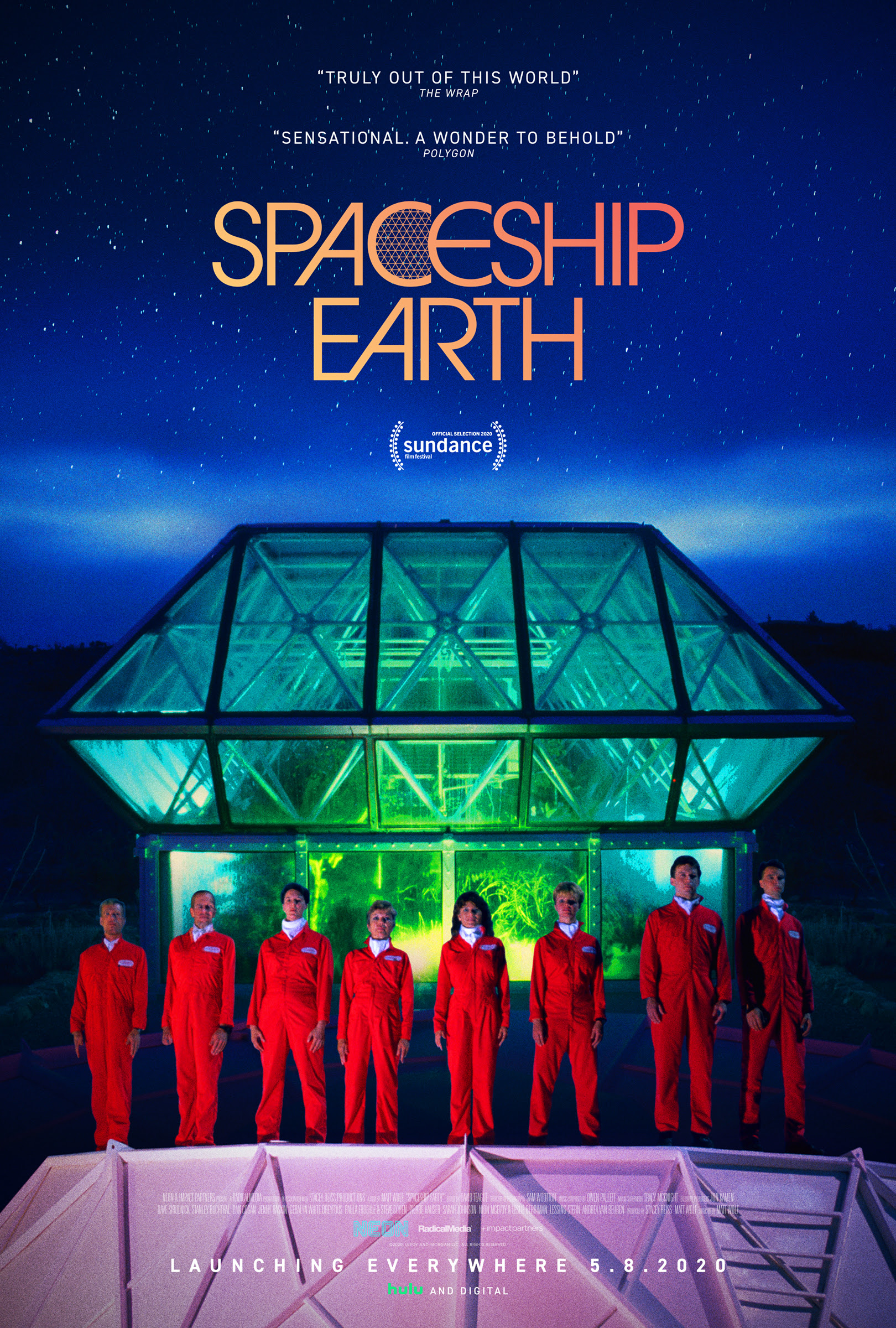 Spaceship Earth is now streaming on Hulu, VOD, Virtual Cinemas and at participating drive-ins! Check out the trailer and synopsis and dive in!

Spaceship Earth is the true, stranger-than-fiction, adventure of eight visionaries who in 1991 spent two years quarantined inside of a self-engineered replica of Earth’s ecosystem called BIOSPHERE 2.  The experiment was a worldwide phenomenon, chronicling daily existence in the face of life threatening ecological disaster and a growing criticism that it was nothing more than a cult.  The bizarre story is both a cautionary tale and a hopeful lesson of how a small group of dreamers can potentially reimagine a new world.