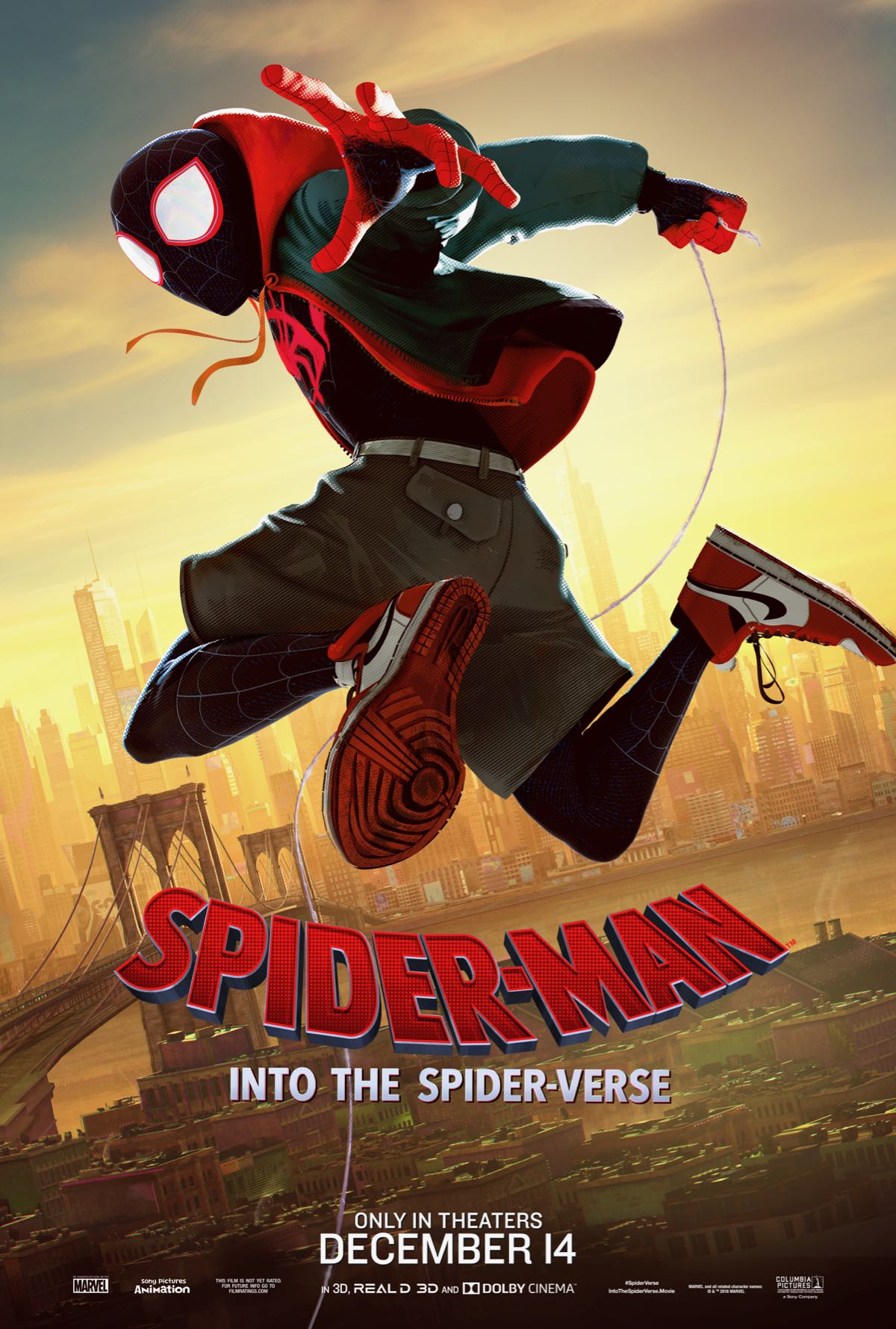 As the year comes to a close, moviegoers are hit with a barrage of films vying for your attention. For Sony, they released the animated feature-length film, Spider-Man: Into the Spider-Verse, and with this, have created one of the best comic book inspired films of all time.

Directed by Bob Persichetti, Peter Ramsey, and Rodney Rothman and by Sony Pictures Animation, this film looks, unlike anything you have ever seen. A true love letter to the comic book medium, from the Comic Book Authority logo to kick the film off, to the use of pattern dots, word bubbles, onomatopoeia and more, this is a comic book leaping off of the page. The film is about Spider-Man, but the focus is on a different version in a different universe: Miles Morales (Shameik Moore), a teenager who gains his powers by a freak accident involving a super spider… sound familiar? But Miles isn’t the Spider-Man in his universe- Peter Parker is. But after a titanic battle, Peter Parker is no more, and the universe is in peril. Miles will have to depend on the help of… Peter Parker?

Being a film about the Spider-Verse, the focus is on Spider-People from other dimensions. Like Peter B. Parker (Jake Johnson), a Spider-Man beat down by the world, aged, and on the verge of giving up before he is teleported to Mile’s world. He isn’t alone, as Miles will need the help of all the spider-allies he can, including a Gwen Stacy Spider-Woman (Hailee Steinfeld), the two-fisted Spider-Man Noir (Nicolas Cage), the mech controlling genius Peni Parker (Kimiko Glenn) and the unforgettable Spider-Ham (John Mulaney). Together, the group of heroes have to stop the evil Kingpin (Liev Schreiber) from breaking all the multiverses.

The animation is fantastic, the writing is smart, hip and hilarious, and the arc and heart of the story belong to Miles Morales. Even if you aren’t familiar with Morales, you can learn all you need to know about him and the Spider-Verse from this amazing film. Sony and Marvel have hit it out of the park with this film, and have shown that a Spider-Man film doesn’t have to star Peter Parker. I cannot wait to see what Sony does next with the Spider-Verse.