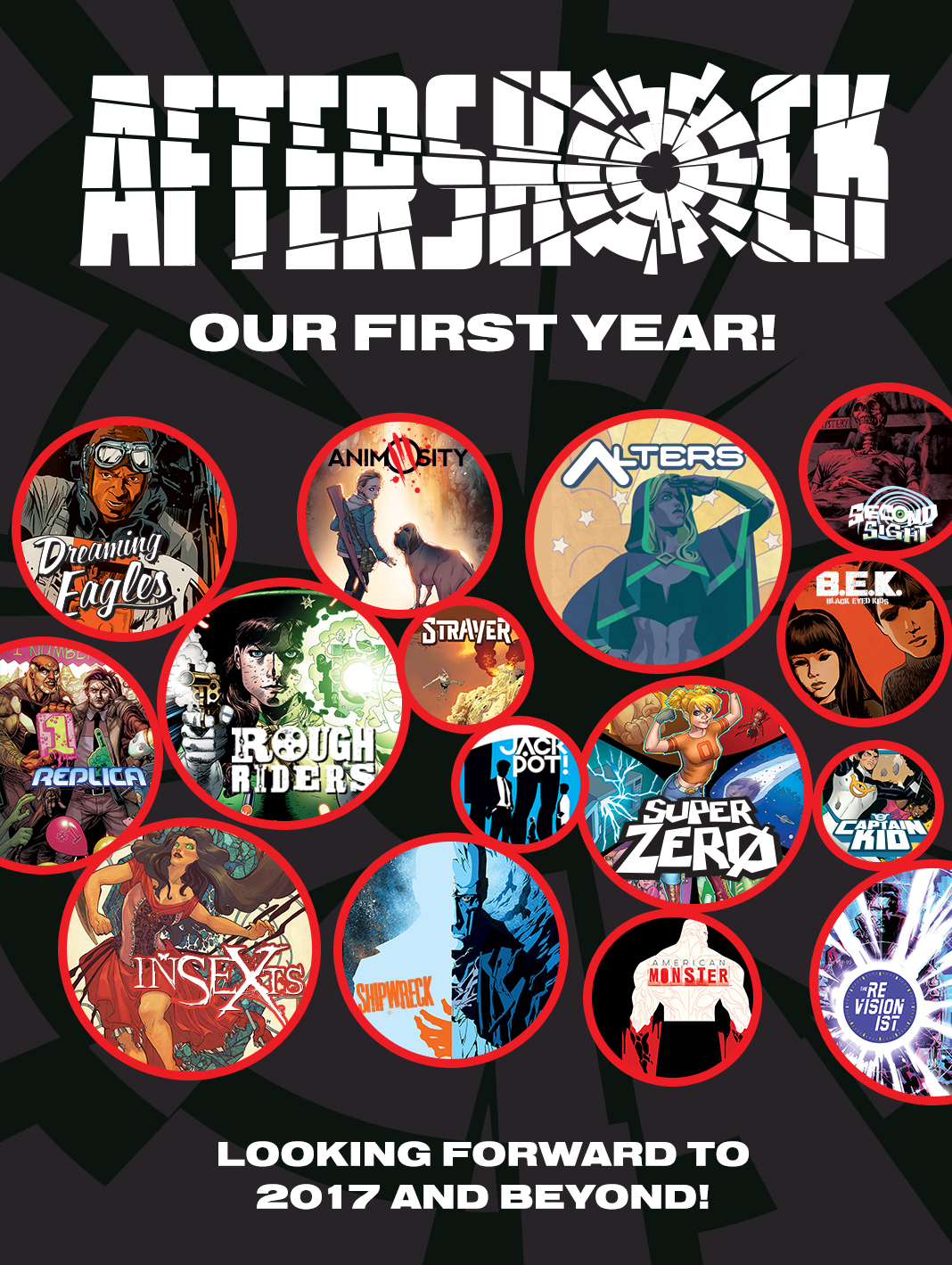 With a new Garth Ennis Book on the way, AfterShock looks to shake up 2017 By Staff Reports Since its official debut in April 2015, AfterShock Comics has launched 16 titles from some of the world’s most celebrated creators. With hits including Animosity from Marguerite Bennett, Alters from Paul Jenkins, Rough Riders from Adam Glass…Read moreRead more