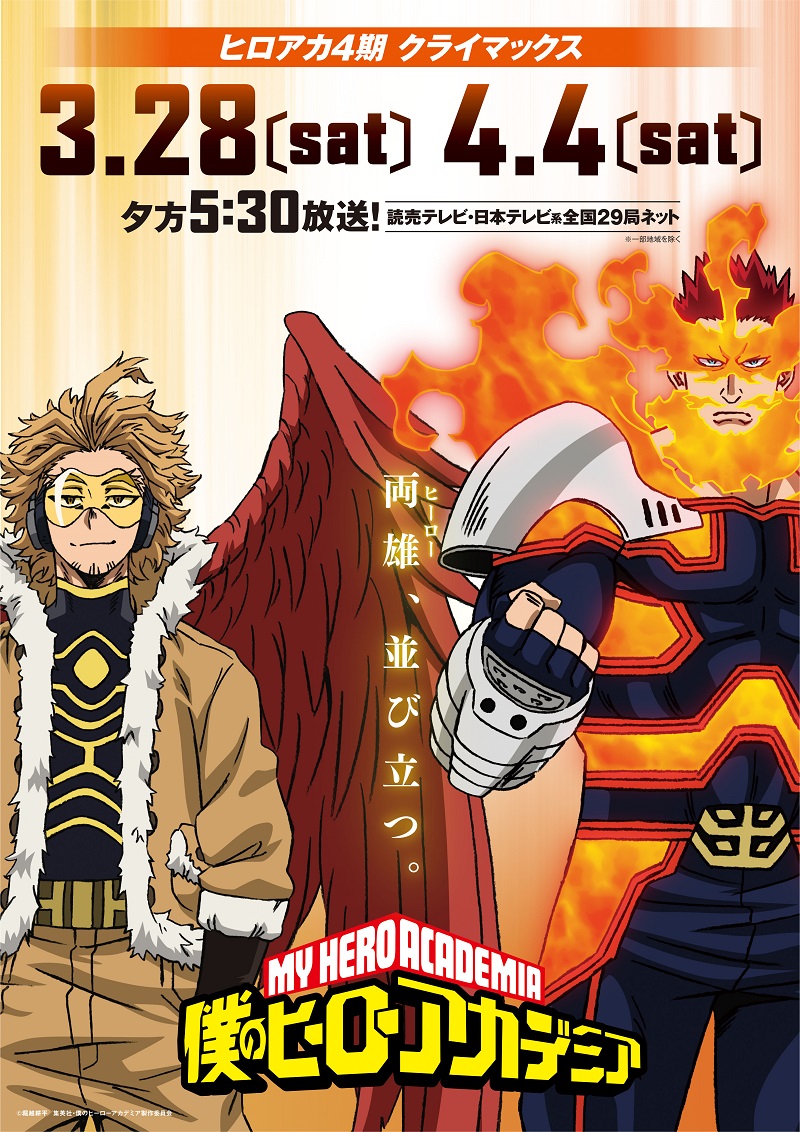 By Staff Reports The official Japanese Twitter account for My Hero Academia has revealed new key art for the final episodes of Season 4, hyping the arrival of the fan-favorite Wing Hero: Hawks! In addition to the official anime arrival of Hawks (who debuted in My Hero Academia: Heroes Rising), it looks like Number One…Read moreRead more