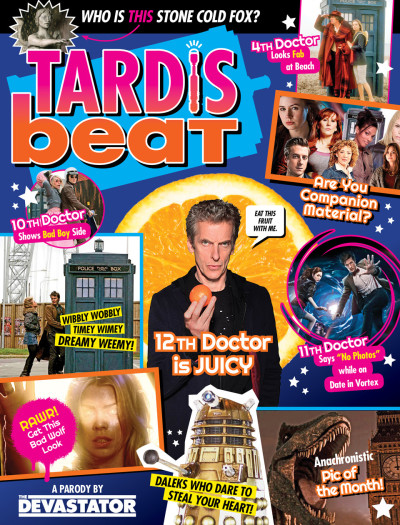 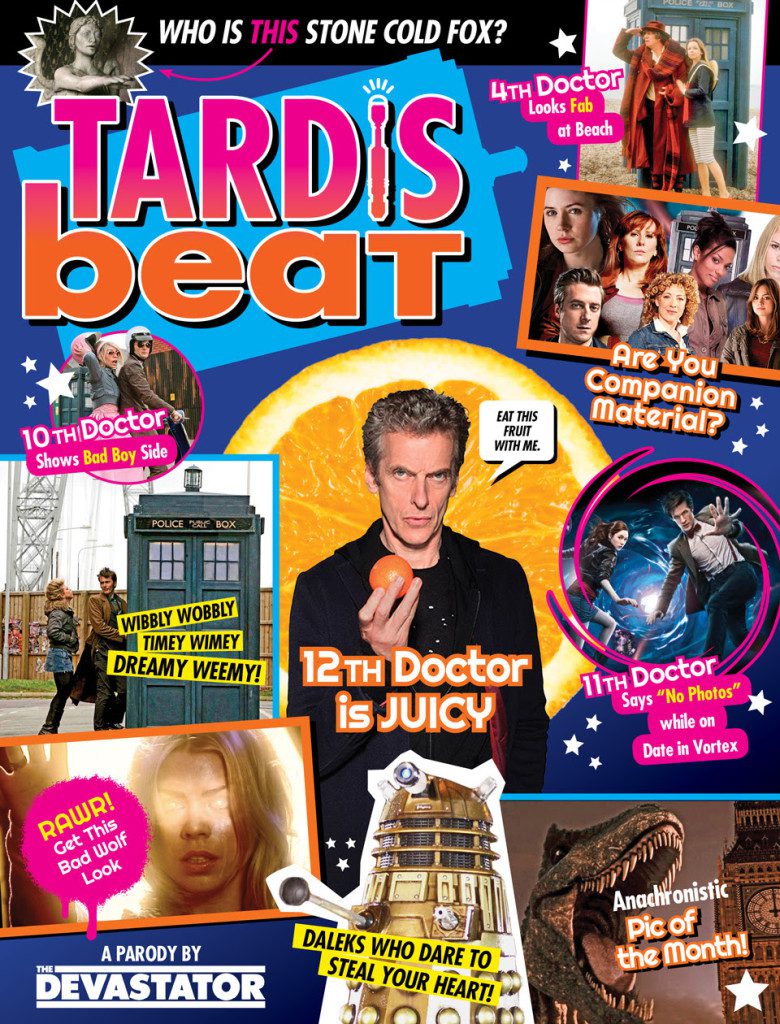 (Victor Valley)– Starsky and Hutch, Peanut butter and bananas, and Cable and Deadpool. Some pairings seem strange at first, but just appear to unexpectedly work. The most recent example of this is The Devastator’s Teen Beat and Doctor Who mashup, TARDIS Beat.

With Doctor Who as the premise, Devastator parodies Teen Beat magazine with a teenage girl, starry eyed look at everyone’s favorite Time Lord. Packed with mock interviews of 3 versions of The Doctor (who seems delightfully irritated by the third interview), the magazine asks the important questions that every Whovian wants to know, such as his preference of Twilight characters (Team Edward or Team Jacob) and how he feels about meeting Captain Jack.

Packed with makeover tips for that perfect Bad Wolf look (cry a single tear to show that you have feelings despite being omnipotent), and ways to tell if you are Dalek obsessed, this send up generates constant laughs on every page.

Not only does this parody have Whovians in constant stitches, it also has a very genuine Teen Beat look that makes it fun (and funny) to read. Whether is looking at the Weeping Angels like a boy band, or testing if you are companion material, TARDIS Beat delivers continuous laughs and entertaining visuals throughout.

As a Whovian, it is always a delightful thing to see a parody that is obviously written by fellow fan. While the show is an international hit, there are still several Americans who have not been exposed to the titular Time Lord. To read about The Doctor (even in parody form) and discuss it with fellow Whovians always puts a smile on my face.

Rating: 9 out of 10. A delightful and fun send up that will keep Whovians laughing from beginning to end.