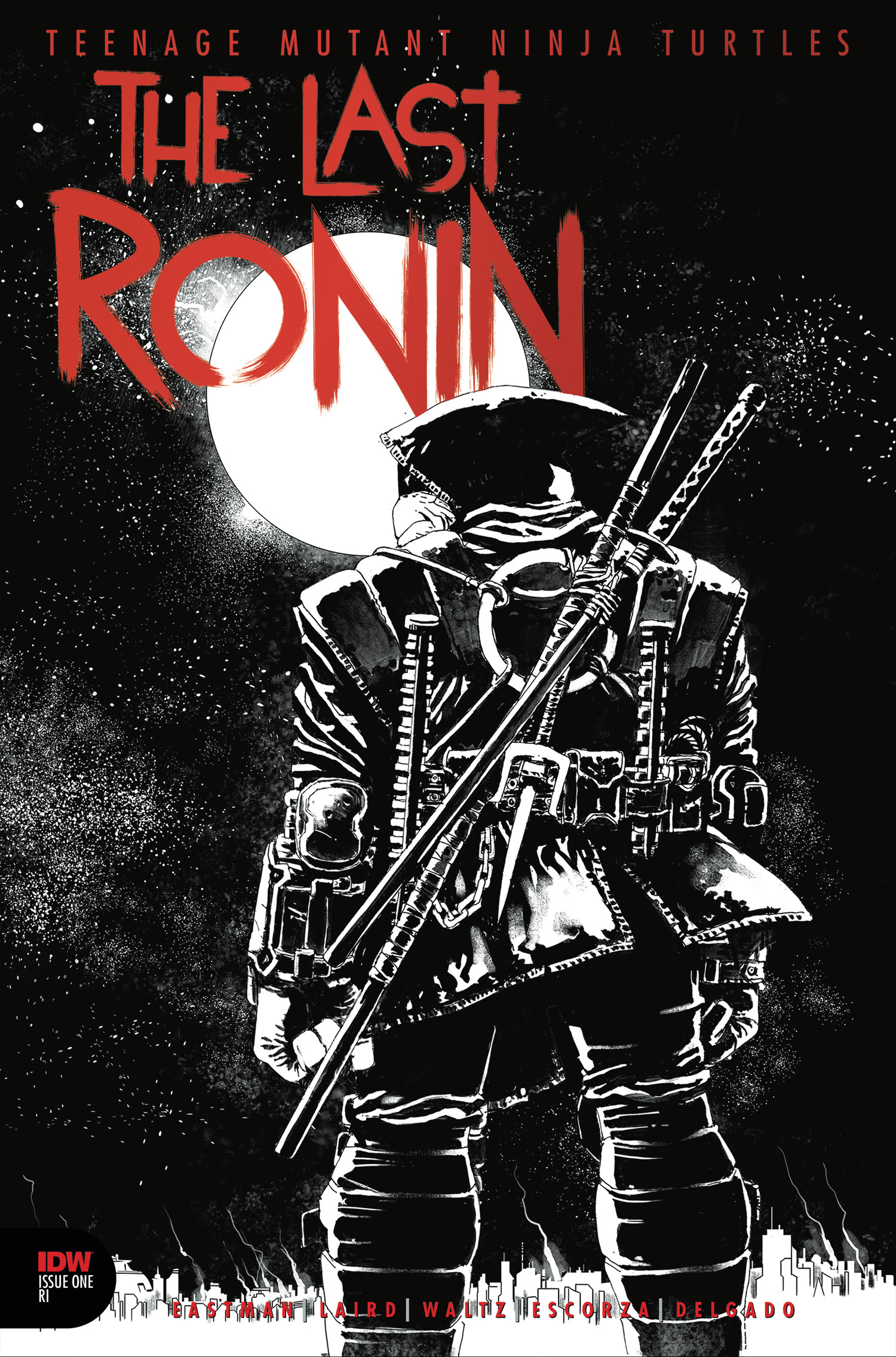 IDW would like to extend its heartfelt gratitude for the retailer support and fan enthusiasm surrounding the highly anticipated Teenage Mutant Ninja Turtles: The Last Ronin, a comic book miniseries three decades in the making from the minds of TMNT co-creators Kevin Eastman and Peter Laird! Slated for release on October 28th, TMNT: The Last Ronin #1 has shattered all sales expectations with a whopping retailer pre-order total of more than 130,000 copies

To thank comic shops for their support, IDW has immediately commissioned a TMNT: The Last Ronin #1 “Thank You” Variant Edition to be provided to all retailers who placed orders for the First Printing via Diamond Comic Distributors. This rare black-and-white cover edition will feature a foil logo cover enhancement sure to make it a hot collectible. Full details on the “Thank You” edition will be provided to retailers through distributor communications.

IDW has also committed to a TMNT: The Last Ronin #1 Second Printing featuring a re-colored variant of the artwork by Kevin Eastman, Esau Escorza, and Isaac Escorza. Slated for release on December 2nd, the Second Printing is now listed via Diamond for retailer pre-order (Item Code: SEP208135, UPC 82771401991900112).

“The foundation and evolution of the story that would become The Last Ronin took 30 years to naturally and organically arrive at the proper place to be told. That time is now,” says Eastman. “Buckle up, TMNT fans — it’s going to be one hell of a ride.

“As much as The Last Ronin is a love letter to past TMNT iterations — from Mirage to IDW, and everything in between — it’s also a love letter to the millions of folks who continue to cherish this ageless property in all its diverse forms and renditions,” says Tom Waltz, who partnered with Eastman on the story and script. “At its core, TMNT is always about family first… both in the fictional stories being told and the real-life engagement between the creators and the amazing fans who support them. The Last Ronin is no exception.”

Teenage Mutant Ninja Turtles: The Last Ronin takes place in a future New York City far different from the one we know today, where a lone surviving Turtle goes on a seemingly hopeless mission to obtain justice for his fallen family and friends. An epic five-part miniseries, The Last Ronin is based on an unpublished 1987 story concept by Eastman and Laird, with a script by Waltz, layouts by Eastman, pencils, and inks by Esau and Isaac Escorza, colors by Luis Antonio Delgado, letters by Shawn Lee, and edits by Bobby Curnow. Each issue is oversized at 7” x 11” and 48 pages in length.

For information on how to acquire copies of TMNT: The Last Ronin comic books, please contact your local comic shop or visit www.comicshoplocator.com to find a store near you.