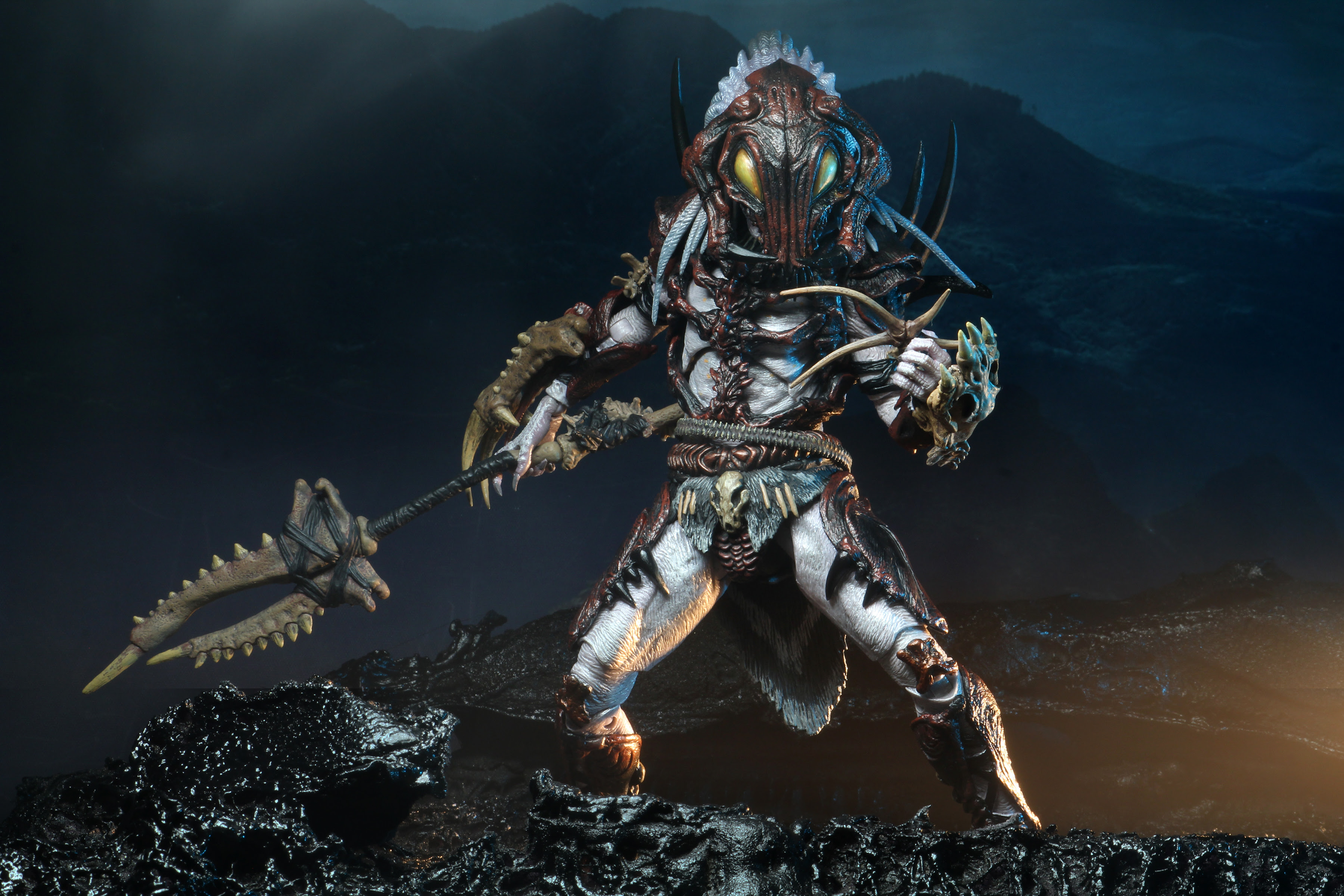 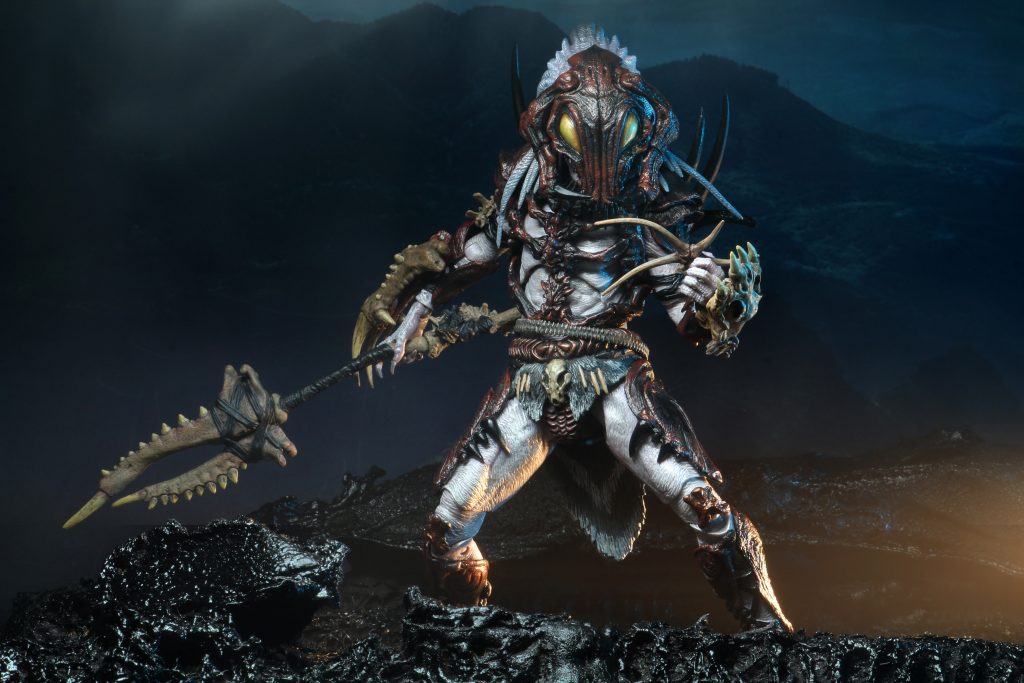 In collaboration with 20th Century Studios, and game developer IllFonic, the National Entertainment Collectibles Association (NECA) today announced the Alpha Predator, an original design by the toy company, as a playable class in Predator: Hunting Grounds for the PS4™ system. The initial run of the Alpha Predator action figure in the US will see a limited release, with each box including a downloadable content (DLC) code. Players on the PS4™ system can redeem the code online to unlock the Alpha Predator in-game.

Beginning with 2010’s Predators movie, NECA has rapidly expanded its toy line to include a variety of characters seen in the Predator universe (films, comics, video games, etc.). Ten years later, NECA is celebrating Predator as one of its most successful licenses by fully realizing their own original design that pays homage to the franchise’s early days. Complete with a backstory to fit in with the lore, the Alpha Predator commemorates the 100th action figure release in the toy manufacturer’s Predator line. “We have been working closely with the great team at IllFonic. When the opportunity presented itself to allow for the inclusion of Alpha Predator into the game we jumped at the chance. It’s so gratifying to see our original action figure design come to life as a playable character in the game. The whole NECA studio was elated to see the character model and we cannot wait to play as Alpha this Summer” said Randy Falk, NECA Director of Product Development.