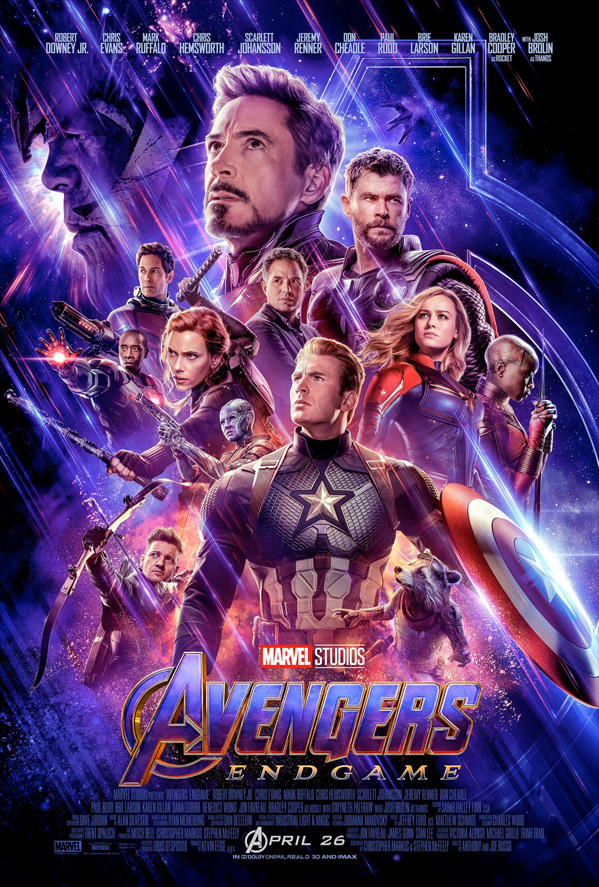 The entire Marvel Cinematic Universe has been building to this moment, to the endgame. In last year’s Avengers: Infinity War, we saw our heroes lose in a fight against the Mad Titan, Thanos, and half of existence paid the price. Now that Avengers: Endgame is here, does it live up the colossal expectations placed on it?

Spoilers ahead, massive spoilers. Stop reading here if you haven’t seen the film yet.

The three-hour epic directed by Anthony and Joe Russo takes place after the now infamous snap that Thanos (Josh Brolin) used to cut all life in the universe in half by using the Infinity Stones. We see our heroes reeling from their defeat, and once regrouped, they strike back at Thanos, but too little too late. Unable to reverse the effects, our heroes and the entire universe goes on for five years with the pain and loss from the battle. But a new opportunity presents itself when Ant-Man (Paul Rudd) emerges from the Quantum Realm, trapped there since the snap and not aged a day.

The team plans a time-traveling mission utilizing the Quantum Realm to regain all of the Infinity Stones and reverse the snap. This sends Captain America (Chris Evans), Iron Man (Robert Downey Jr), Hawkeye (Jeremy Renner), Black Widow (Scarlett Johansson), a new, smart Hulk (Mark Ruffalo), Thor (Chris Hemsworth), Rocket (Bradley Cooper), Nebula (Karen Gillan), War Machine (Don Cheadle) and Ant-Man throughout time and into the most significant moments in the Marvel Cinematic Universe. But it also puts Thanos back in the hunt, which leads to a time-traveling Thanos and a momentous showdown that creates one of the most awe-inspiring scenes in an action film, period.

When you boil this movie down to its core, this is the story of Steve Rogers and Tony Stark. Iron Man kicked off the entire cinematic universe for Marvel, it is fitting that he shines brightest at the end of this phase. The film is a love letter to every Marvel Cinematic Universe film that comes before it, bringing guest stars from the previous films to crucial moments here. Other Avengers go through a transformation here as well, but it is Tony and Steve that come full circle. Iron Man gets to experience the family he always wanted before selflessly giving his life to end the threat of Thanos, and Steve gets that dance with Ms. Carter and lives a life well lived. We see Hawkeye fall from grace with the loss of his family, we see Thor let himself go for five years to comical results, and we see a very creepy version of the Hulk that hasn’t won me over.

The film is the end and the beginning. It is the end of the road for Iron Man, Captain America, and Black Widow, her death is the most shocking for me. It is the end of this era of the Avengers and does so exceptionally well. I had some issues with Hulk and Thor, and part of the second act dragged on and on. But the good outweighs the bad, the nods to the comic book history it is based on are amazing to see on the big screen. This is the end of the journey for some and the beginning of a new chapter for others. The Guardians of the Galaxy have a new member, we have a new Captain America, and the stage is set for a new round of heroes and villains. Avenges Endgame is the almost perfect bookend to the current landscape of the Marvel Cinematic Universe, and I cannot wait to see what is next.