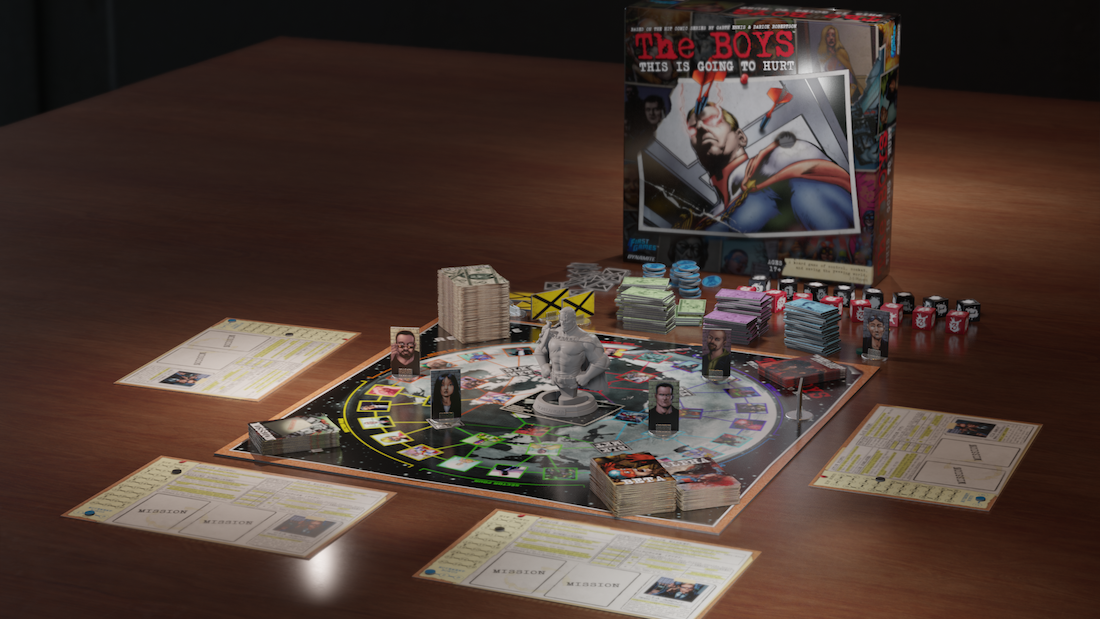 They’ve crushed comics, they’ve conquered streaming, and now, The Boys will dominate the dinner table in an all-new tabletop game!  The Boys: This is Going to Hurt finds you and your closest friends trying to save the world from The Homelander… and each other! The Boys, created by Eisner Award-winning writer Garth Ennis and legendary artist Darick Robertson, has never been more popular. Now, for the first time ever, fans of the series will be in control of all the over-the-top action!

In The Boys: This is Going to Hurt, players take on the role of newly activated CIA agents, unfairly tasked with saving the planet from the greatest threat it has ever known, the most powerful and dangerous superhero of all: The Homelander. In their quest to stop him, players will build an army from almost every character found in the books. Players will have to buy, blackmail, battle, power up with Compound-V, and resourcefully use an assortment of unique items from the comics.

The Boys: This is Going to Hurt, is the fully-licensed debut game from 1First Games, sister to the groundbreaking 1First Publishing, co-founded in 1983 by Ken F. Levin.

Fans who want a chance to play the game online before the campaign ends can join the 1First Games Facebook group. The campaign has a limited amount of early bird pledge tiers and a variety of exclusive collectibles so check it out now… or it’s going to hurt.

The Boys: This is Going to Hurt Kickstarter runs out December 24th.