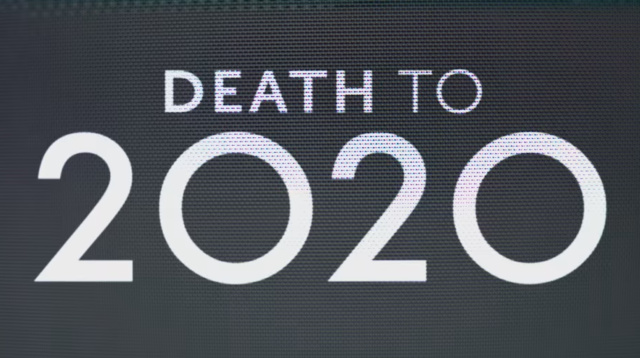 It’s been an exceptionally crazy year and who better to rip it to pieces than two of the minds behind Black Mirror, Charlie Brooker and Annabel Jones. Black Mirror has been a huge success for Netflix, with it’s 3 episode fifth season airing in 2019. As far as a sixth season goes, Booker has commented that the state of the real world is too bleak for one, and that he wanted to flex his comedic chops and make himself laugh. And here we are!

The official synopsis reads: Death to 2020 is a comedy event that tells the story of the dreadful year that was — and perhaps still is? This landmark documentary-style special weaves together some of the world’s most (fictitious) renowned voices with real-life archival footage spanning the past 12 months.

Only a couple of weeks ago, actor Hugh Grant spilled the beans on the project and it came together pretty quickly. I guess during these crazy times it’s easier to get a cast together to film something like this. So many of us are looking for something to laugh about this year, and this could be the thing to scratch that itch. Check out the trailer below and let us know what you think!