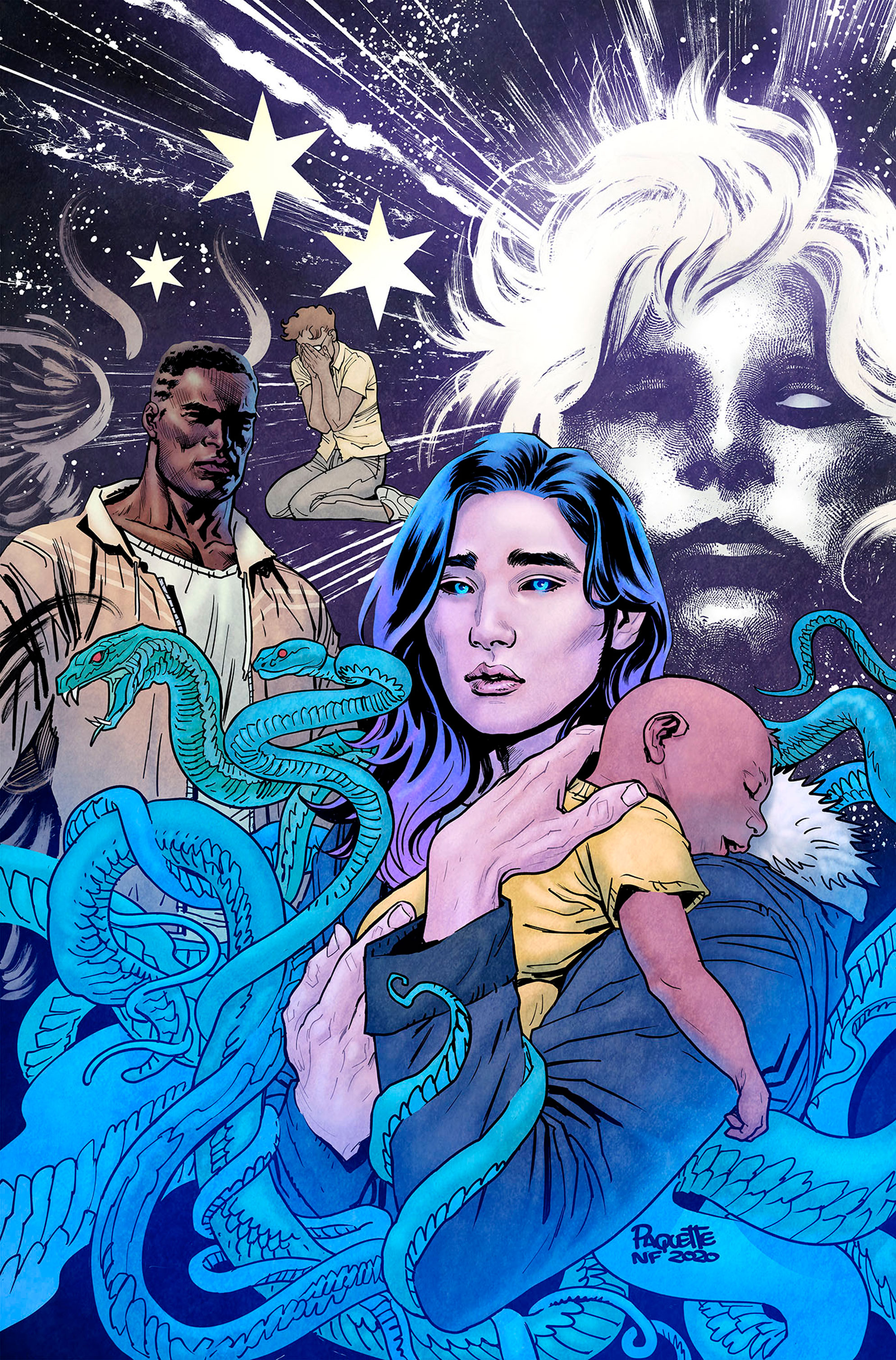 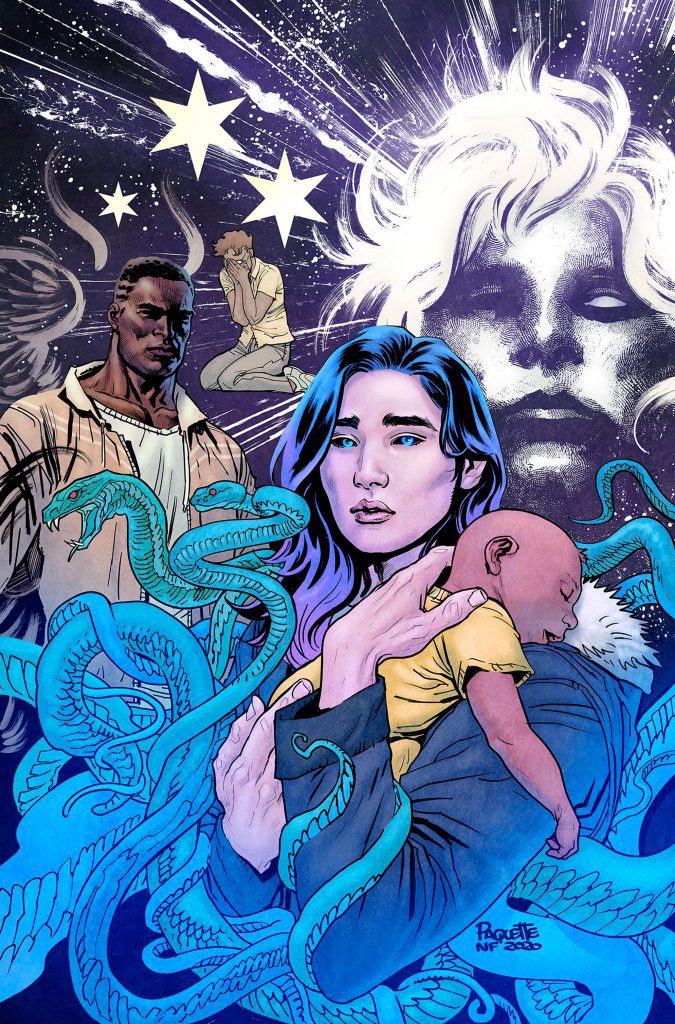 The latest chapter in the Sandman Universe arrives in August with The Dreaming: Waking Hours #1! Writer G. Willow Wilson and artists Nick Robles and Mat Lopes team up for this new series, featuring Dream’s latest creation: Ruin, the nightmare of catastrophic failure—who lives up to his name a little too well.

Additionally, The Dreaming: Waking Hours #1 will arrive with a 1:25 incentive variant cover, featuring Robles’ design work for the series’ breakout new character, Ruin. This cover follows the format of similar 1:25 incentive covers for recent issues of Batman. More on Ruin can be found in G. Willow Wilson’s essay on the character, here. 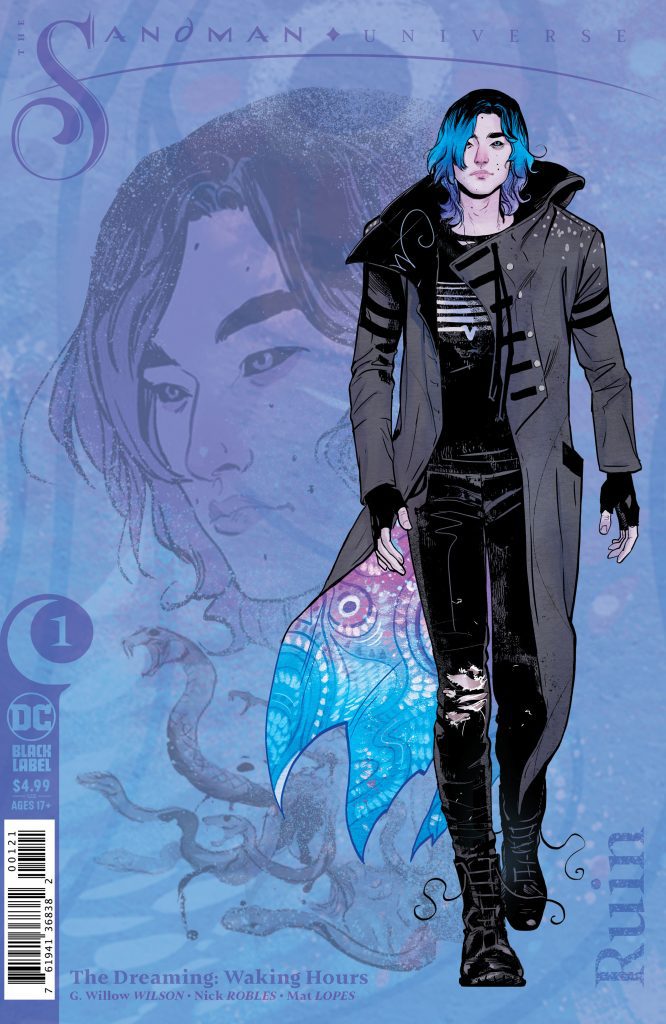 “He’s very different from the other nightmares we’ve met in the Sandman Universe, all of whom live up to their names—they’re malicious and sadistic,” Wilson said of the new inhabitant of The Dreaming. “Ruin, on the other hand, isn’t very good at his job. He’s soft, he’s shy, he’s awkward, he’s eager to please. He is as terrified by his own darkness as a dreamer would be. He makes this profound, heartbreaking effort not to frighten anyone. And he sets off on this quest to find the person he fell in love with, against all odds.”

One of Dream’s heaviest responsibilities is the creation of nightmares—the beings that haunt our sleep and turn our thoughts toward darkness. In the form of Ruin, the nightmare of catastrophic failure, Dream was certain he’d built his next masterpiece…but Ruin can’t help but live up to his name, sending every situation into a spiral of unexpected consequences. Unfortunately, Shakespearean scholar (and exhausted new mother) Lindy has dreamed of Ruin…and in the process, she’s delivered him unto the waking world! 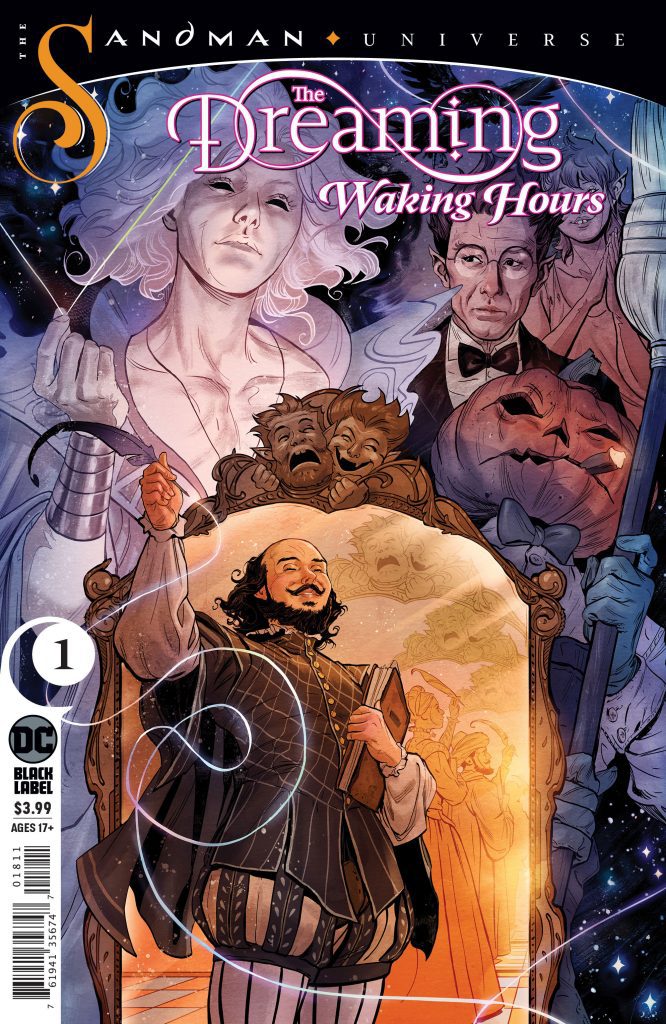